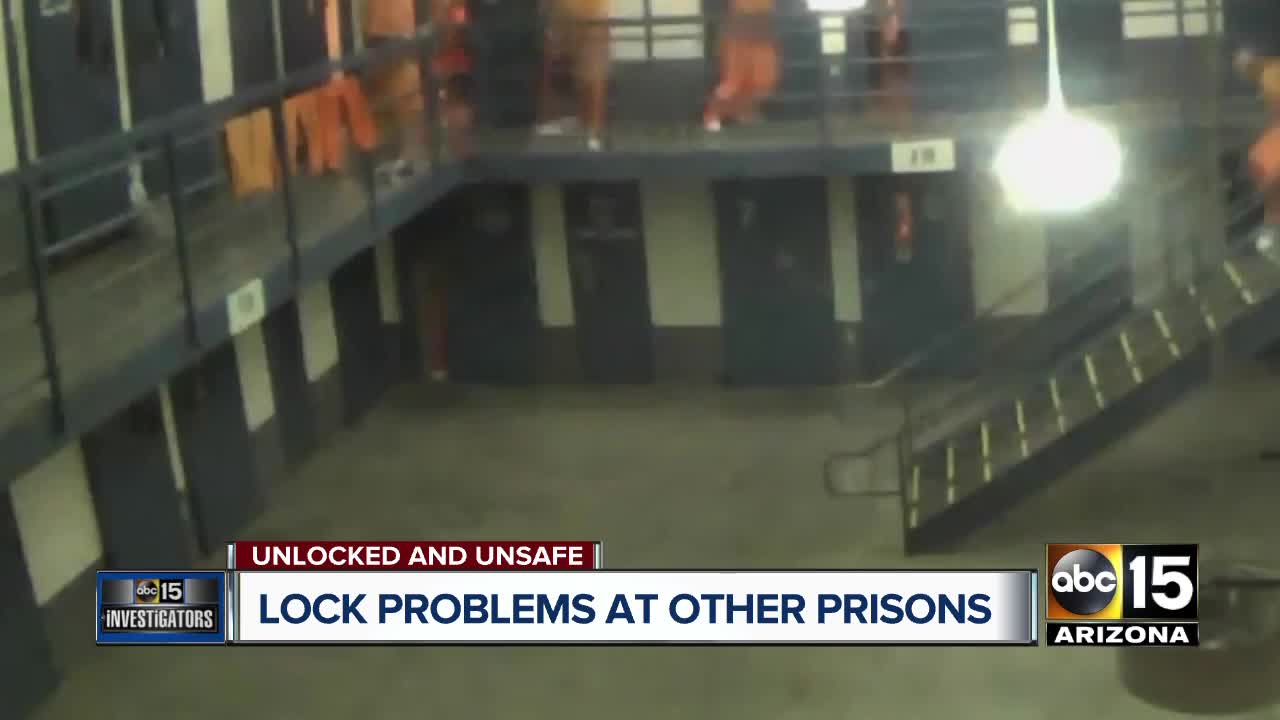 ABC15 has obtained a newly-leaked surveillance video that shows how an inmate inside Arizona’s Winslow prison broke out of his locked cell.

ABC15 has obtained a newly-leaked surveillance video that shows how an inmate inside Arizona’s Winslow prison broke out of his locked cell.

The video was captured on June 12, 2018 inside the prison’s Kaibab Unit.

In internal emails, officers referred to the incident as a “very real threat.” It further verifies what many sources inside the Arizona Department of Corrections have told ABC15: Inmates are able to defeat the locking systems in multiple state prisons – not just the Lewis prison complex.

Watch the leaked footage in the video player above

In April, an ABC15 investigation revealed a series of leaked videos from inside Lewis prison that proved there are many cell doors that don’t properly lock and haven’t for years. The problem led to ambush assaults on officers and multiple inmate deaths, according to the videos, lawsuits, and internal records.

Because of ABC15’s reports, Governor Doug Ducey ordered an outside investigation by two retired Arizona Supreme Court chief justices. One of their responsibilities is to examine if locking problems exist at other state prisons.

In emails referring to the June 12 incident at the Winslow prison, officers sent the video to warn staff at the Tuscon prison, specifically the Rincon and Cimarron units.

ABC15 has received a flood of emails from corrections officers and inmates, who specifically identify Tucson prison as problematic. And lawsuits also document the problem at multiple prisons.

In a 2016 federal lawsuit, multiple officers working at multiple prison units claimed they were assaulted by inmates who slipped through defective and faulty doors and locks.

In one example, Sgt. Armando Salazar and other officers were attacked by 10 inmates who opened their own cell doors in the Cimarron Unit of the Tucson Prison Complex in October 2015.

“(The wardens) contributed to the creation of this obvious unsecure and dangerous environment and were deliberately indifferent to Armando’s rights when they made the decision to operate the Cimarron Unit with cell door locks that were known to be faulty and/or defective, and created the heightened danger that extraordinarily dangerous inmates who were purportedly “locked-down” could freely open their locked cell doors to attack officers,” according to the lawsuit.

Salazar suffered multiple broken bones and a concussion. Through an attorney, he declined to be interviewed because it would be too emotionally traumatic to discuss the incident.