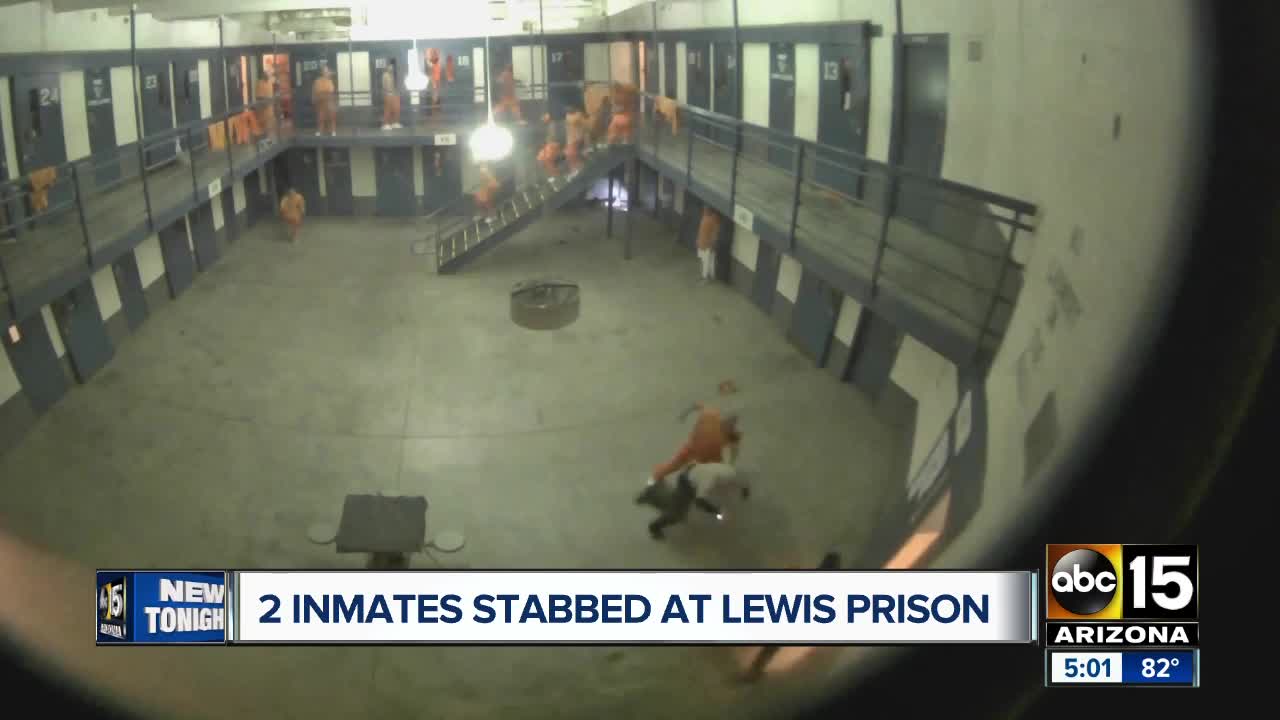 Two inmates were stabbed at Lewis Prison in Buckeye Tuesday as the facility and its leaders face increased scrutiny about safety measures.

A prison spokesman tells ABC15 the attacks happened at 1:30 and 7:40 a.m. in the Rast Unit. The inmates involved were inside their cells. One inmate in each instance was taken to the hospital, but their injuries were non-life threatening, according to the Arizona Department of Corrections.

For months, the ABC15 Investigators have been monitoring attacks at Lewis prison. Our team uncovered a major security issue - hundreds of broken door locks. Inmates were able to let themselves out of their own cells and attack correctional officers and other inmates.

Prison officials said breached cell doors were not a factor in Tuesday's stabbings.

They also said the weapons involved were not metal pins used to temporarily keep some cells closed.

Correctional officers kept the Rast Unit in lockdown as they searched cells and investigated the stabbings.