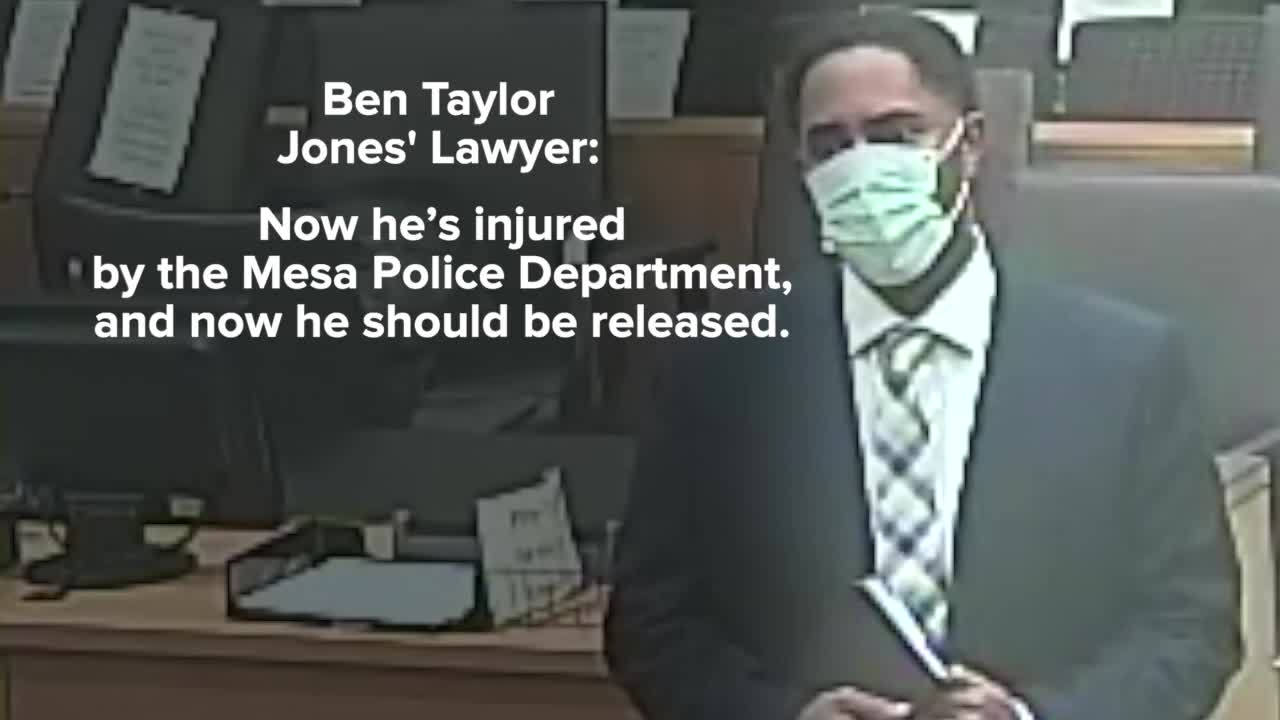 Officer worries for his life after incident with Lorenzo Jones. 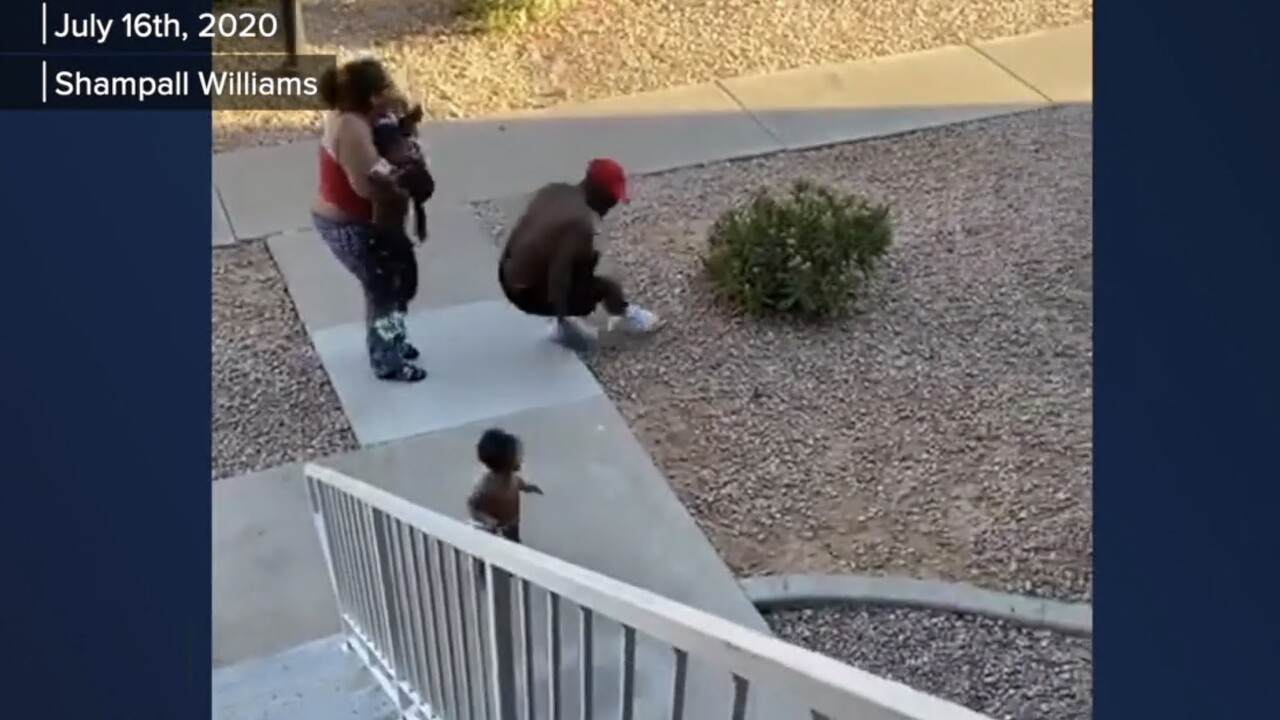 MESA, AZ — A Mesa police officer tried to convince a judge not to release a man from jail days after a bystander's video called police tactics into question during his arrest.

Lorenzo Jones, 28, who was seen on a viral video, is now out of jail on bond after a court hearing Tuesday.

Last Thursday, Mesa’s SWAT team shot Jones with a less-lethal bean bag round after he responded to commands to put his hands in the air. He was also hit by more bean bags as he laid on the ground.

Officer Jacob Harris, who attended Tuesday's court hearing as a victim, said he was head-butted by Jones during a call about an assault on July 6.

The bean-bagging video was captured when the SWAT team was arresting Jones on a warrant for failing to appear in court on the assault case on July 16.

Jones' lawyer presented evidence to the court showing Jones did appear in court, but a courtroom scheduling miscommunication led to the unnecessary bench warrant.

The lawyer also questions SWAT's use-of-force, especially since Harris, who's listed a victim in Jones' first case, was at the SWAT scene for Jones' second arrest.

"This is not retaliatory," Harris said. "He came out and put his hands up in the air was taunting us and saying, ‘this is dumb. I have been to court. How can I have a warrant out for my arrest?’"

A Mesa assistant police chief said officer Harris is not on the SWAT team, did not deploy the bean bag rounds, and did not plan the SWAT mission.

According to Mesa police, patrol officers like Harris generally do crowd control at SWAT scenes.

The assistant chief also said Harris attended court as a victim and spoke only for himself, not the department. A use-of-force investigation is ongoing for the SWAT arrest.