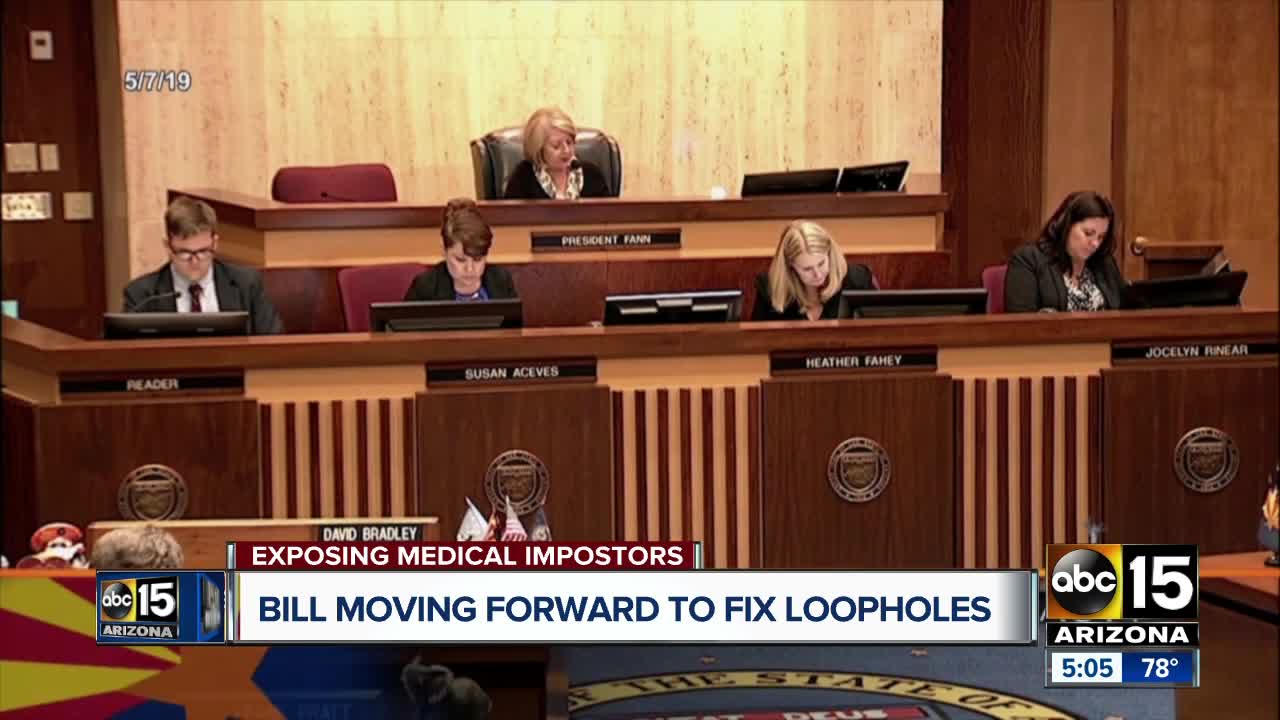 A bill to increase accountability and transparency for how state health boards and law enforcement agencies handle cases of medical impostors was officially passed by the Arizona State Legislature. 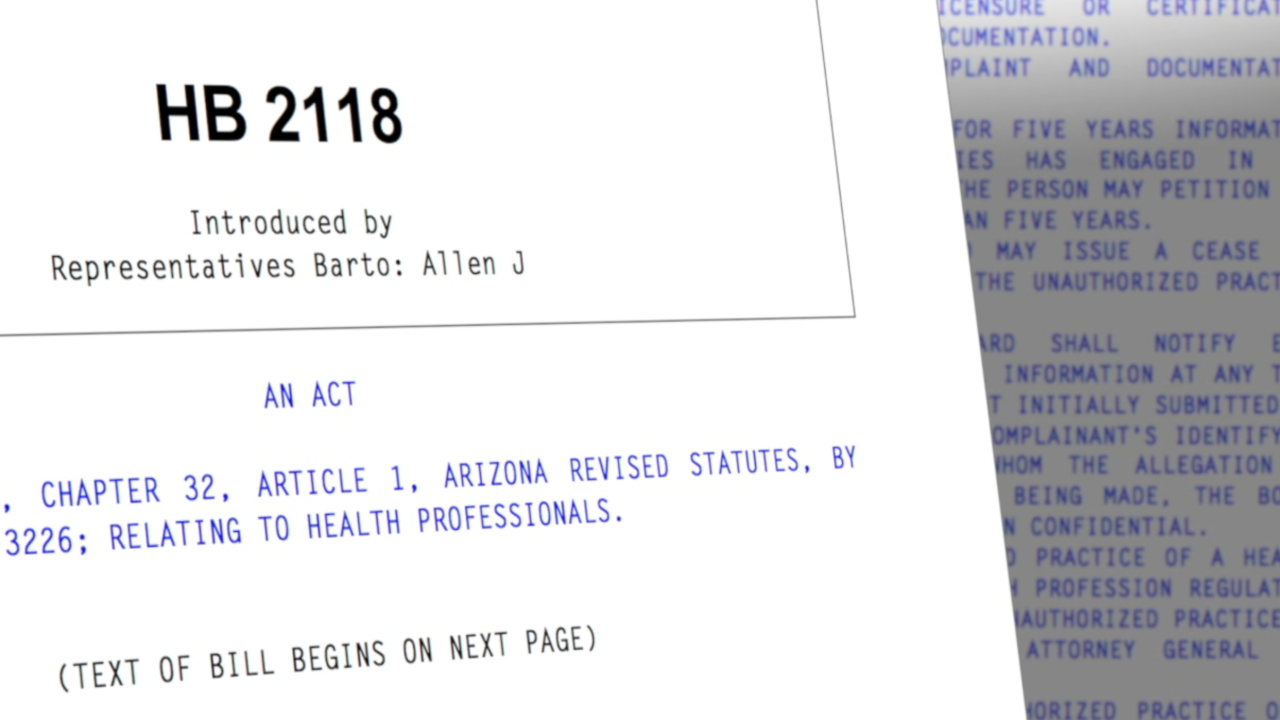 A bill to increase accountability and transparency for how state health boards and law enforcement agencies handle cases of medical impostors was officially passed Tuesday by the Arizona State Legislature.

“There’s no excuse,” said Rep. Nancy Barto, R-Phoenix, who introduced the bill. “It’s kind of amazing that this still happens.”

During the legislative process, lawmakers in both parties repeatedly praised HB2118 and cited many portions of ABC15’s reporting. The station’s investigative unit has spent more than two years reporting on impostor health professionals.

Two impostors, Craig Scherf and Pankaj Goyal, have been convicted of felony charges as a direct result of the evidence uncovered by ABC15.

In many of those cases, health boards turned people away who had information about impostors, refused to investigate, purged documentation after months or a few years, failed to notify law enforcement, and kept names and information hidden from the public.

“I think you’re doing the public a great service by bringing this to light,” Barto told ABC15 in an interview earlier this year. “I was appalled quite frankly….It’s definitely a threat to public safety.”

Several associations that represent health professionals signed on in favor of HB2118, including ones for physical therapists, nurses, and osteopathic physicians. A lobbyist for insurer Blue Cross Blue Shield also approved the bill.

There was no official opposition filed against the bill.

For more on the ABC15 Impostors series, CLICK HERE.