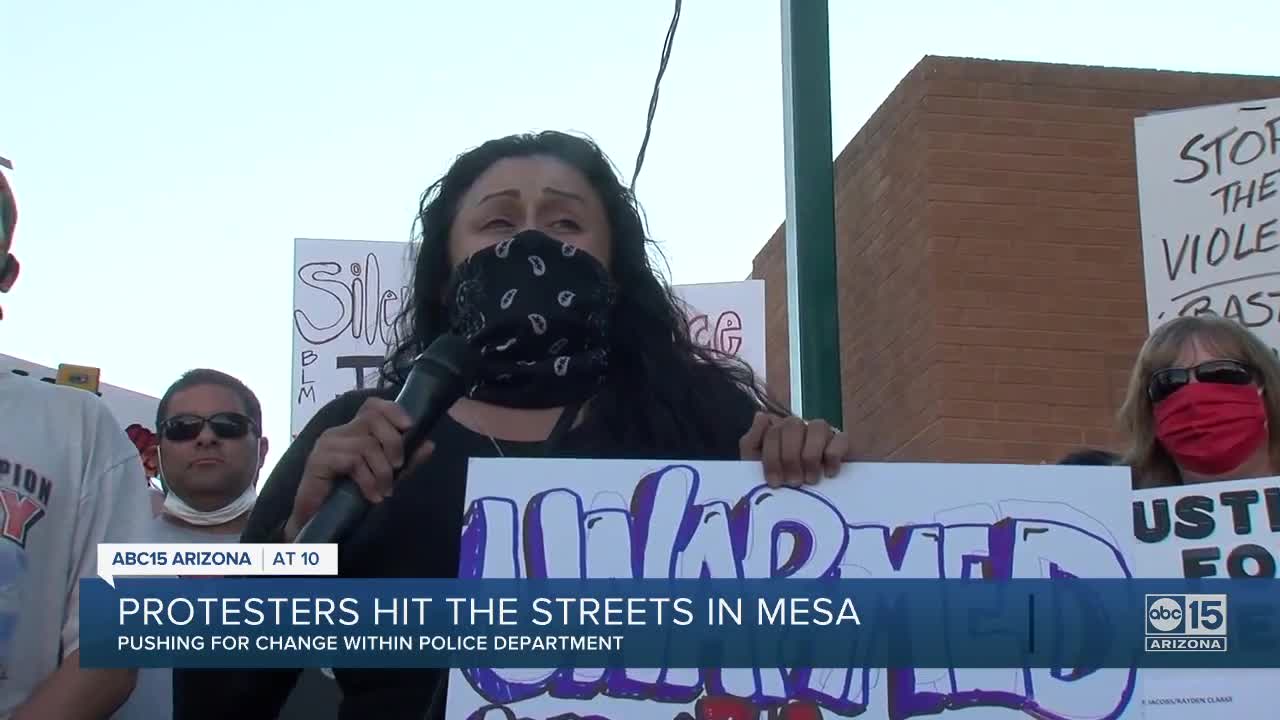 Protesters pushing for change within the police department.

MESA, AZ — Protesters in Mesa Tuesday gave a voice to people who have been victims of police violence and are pressing for police policy reform.

Daniel Shaver’s widow, Laney Sweet, spoke to the crowd. “Daniel Shaver was executed while crying and begging for his life,” Sweet said. “His last words were, ‘Please don’t shoot me. Yes, sir.’”

Shaver was killed by then-Mesa officer Philip Brailsford in 2016. Brailsford was tried for murder and was found not guilty. He was originally fired from the force, but was later allowed to retire on an accidental disability pension.

“I call upon the Mesa Police Department to lay down their weapons, seek deep healing within, and learn to police in a healthier way that protects all innocent lives,” Sweet said.

Sweet said officers should not be protected by qualified immunity, which shields them from federal civil rights lawsuits unless it can be proven that they knowingly violated the law or were obviously incompetent.

Others at the protest said they want to see a citizen review board, more deescalation training, and a small overall police budget.