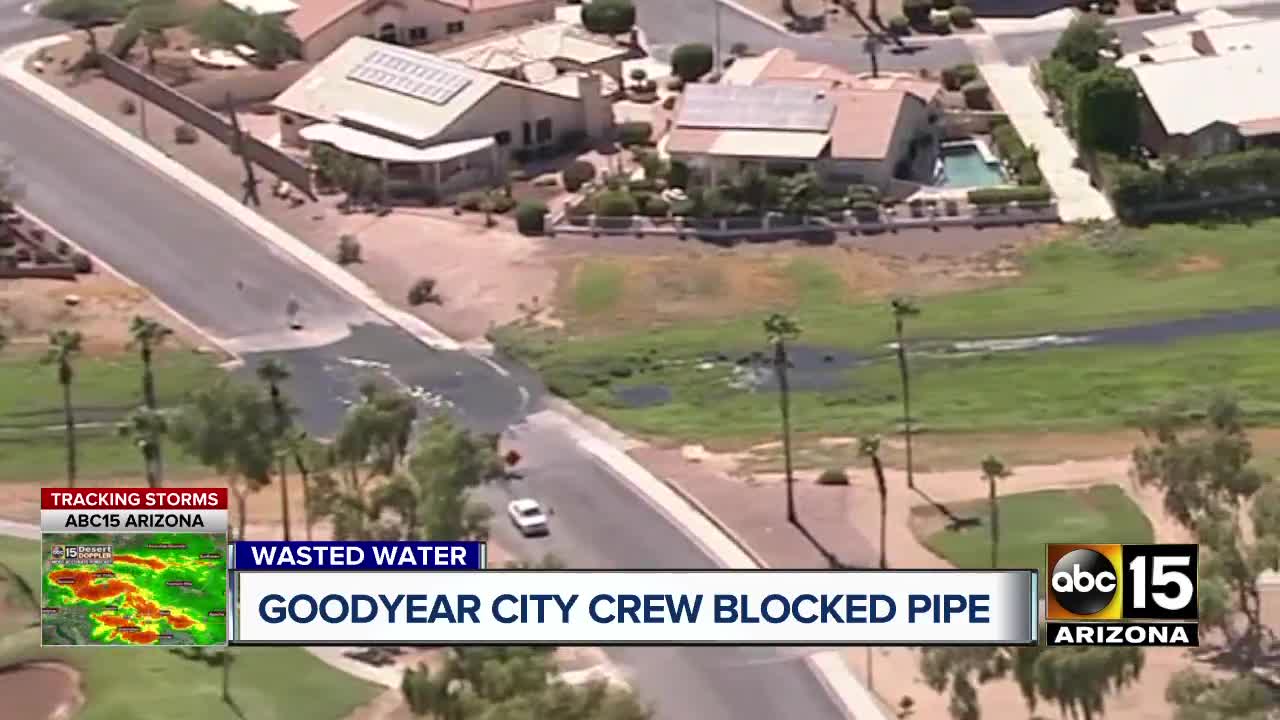 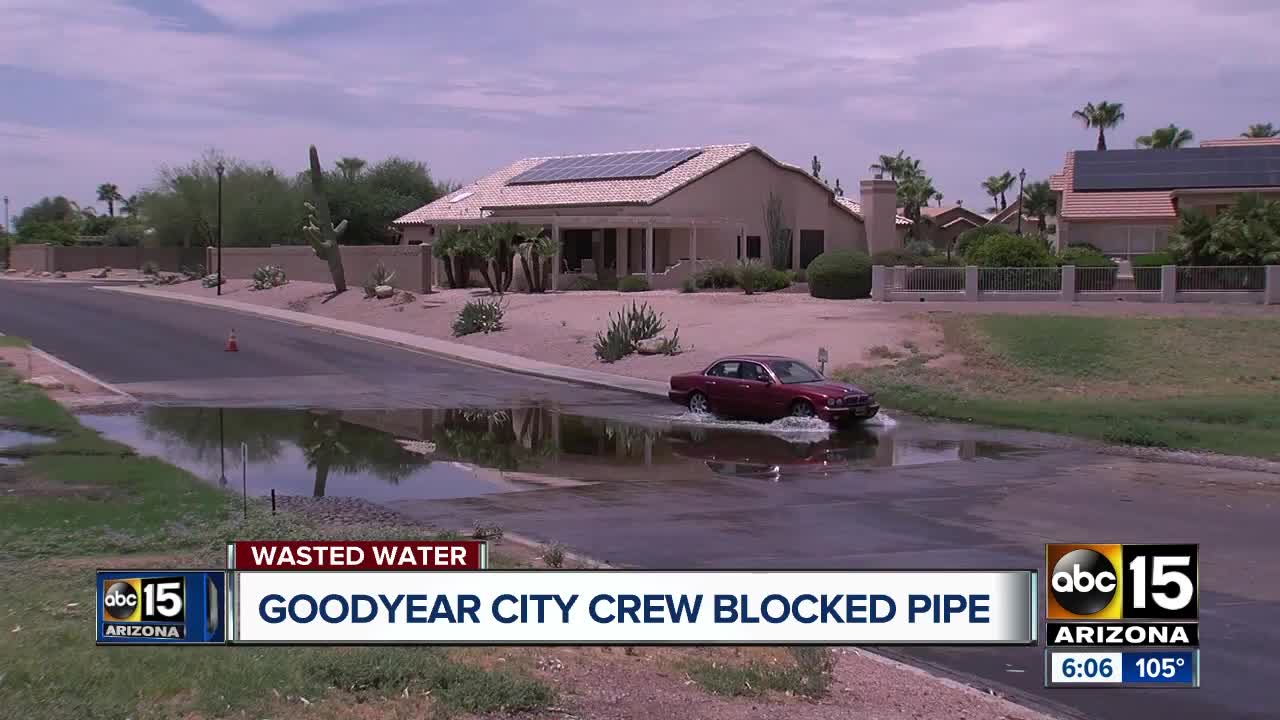 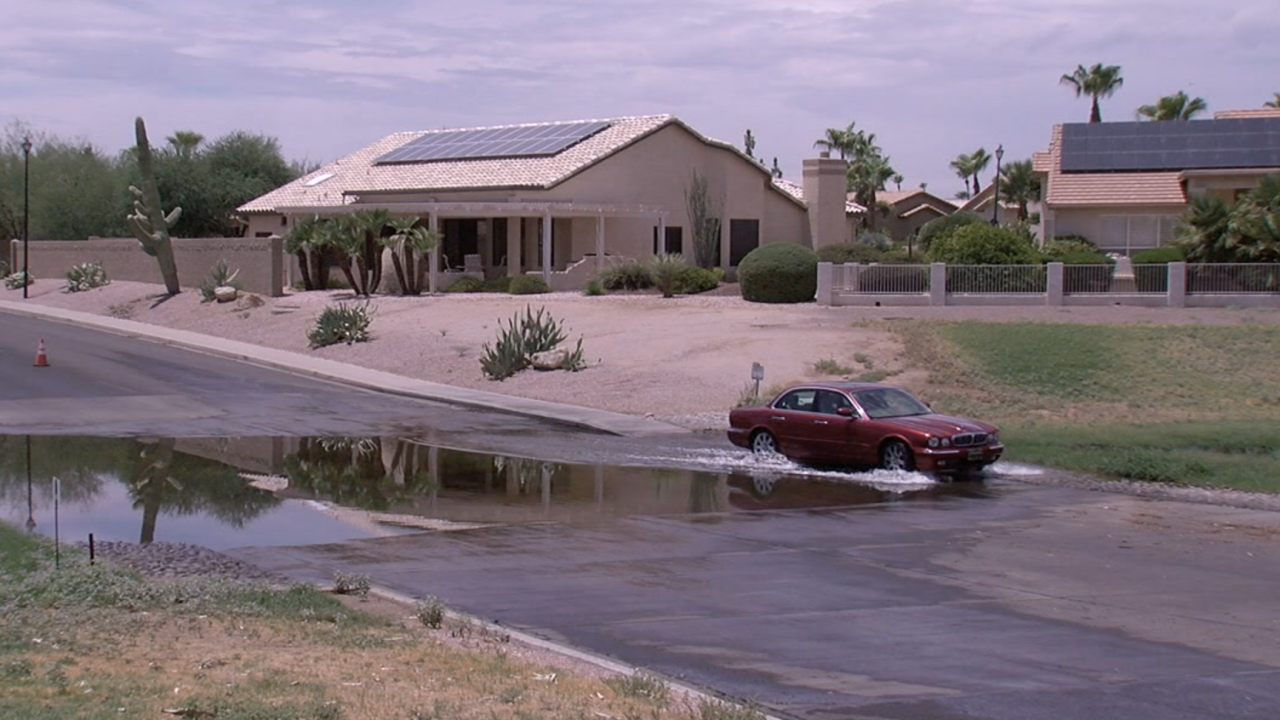 GOODYEAR, AZ — Residents of a Goodyear retirement community, who have complained about "wasted water" stagnating in their green spaces for years, are now learning that Goodyear public works crews may have contributed to high water levels in July.

Water is a precious commodity in the desert, but too much water is turning the PebbleCreek community into a swamp. It's surprisingly dangerous.

Bernard Rubin took a walk last weekend, fell, and ended up in the emergency room. He needed eight staples to close the gash on his head. "Never realized how slippery that algae is," Rubin said. "It reminded me of ice skating and taking a spill."

Rubin and several other neighbors complained about the conditions in the Goodyear City Council meeting Monday. At the time, those neighbors did not fully realize that Goodyear public works crews made their water woes worse in July without any warning.

For many years, irrigation water overflow, known as tailwater, from nearby farming areas had caused occasional flooding Bullard Wash, which runs through PebbleCreek, but the high water events were becoming more frequent in recent years.

The water overflowed ditches and ran over the roads nearly every day last month.

"Three of those days, the water was deep enough and dangerous enough that our Robson Circle was closed completely, resident Nancy Brown said. "You couldn't get through there at all."

After ABC15 aired our first report about the flooding, City of Goodyear officials admitted that some of the flow was caused by a July maintenance project to an underground water pipeline.

The 24" pipeline was originally designed to carry tailwater underground, so it doesn't flood PebbleCreek or nearby city parks. Public works crews blocked the intake to the pipe while they inspected it for tree roots or other obstructions, which caused more water to run above ground.

However, no one from the city warned nearby residents about the possibility of increased water levels. "Our staff went in there thinking that they were going to do a very short shutdown of the pipe, and I think there was a little bit of a gap in communication," Goodyear Public Works Director Javier Setovich.

He says the city has now reestablished communications with the PebbleCreek Homeowners Association, and the city will inform the community before the pipe is blocked in the future.

City crews will remove the tree roots and a section where the pipe partially collapsed. They are also encouraging the PebbleCreek HOA to inspect its privately-managed section, which runs underneath the community's green spaces.

A pipe operating at maximum capacity may help, but not, eliminate tailwater events "because it's really the flow that's coming from upstream," Setovich said.