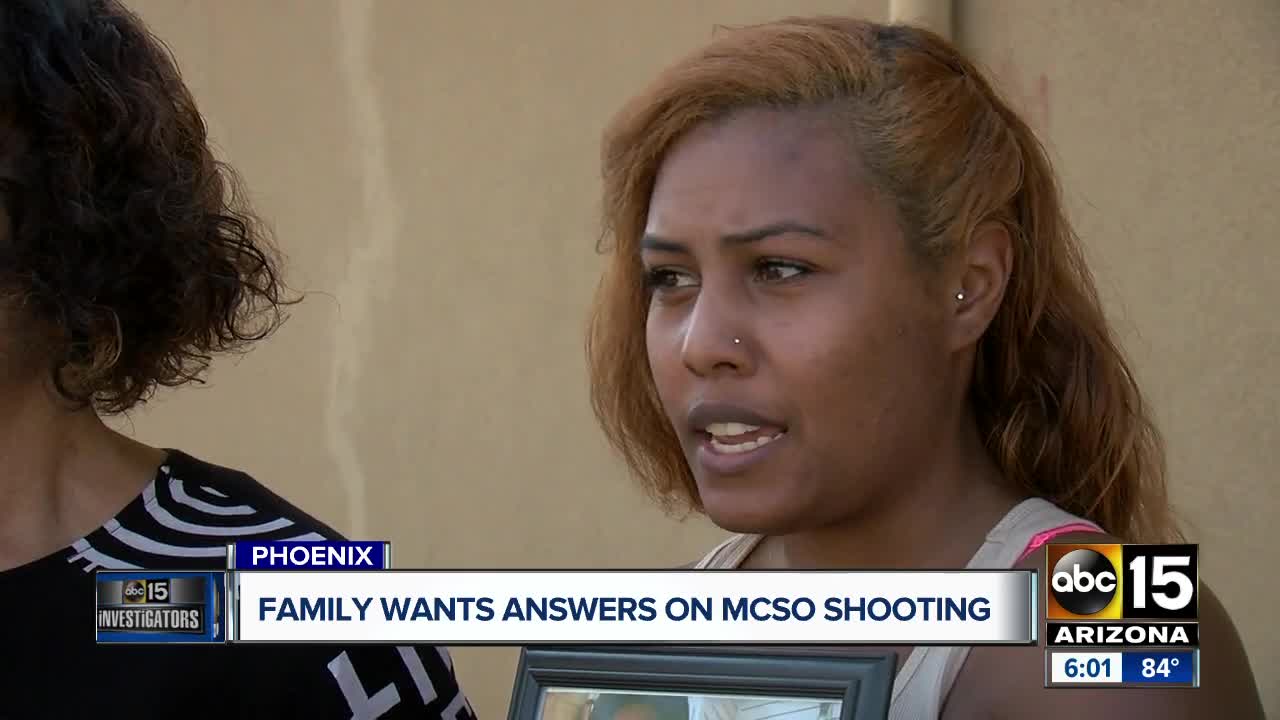 Relatives of a man shot and killed by Maricopa County deputies are considering a legal claim, saying different tactics could have prevented the death.

PHOENIX — Relatives of a man shot and killed by Maricopa County deputies are considering a legal claim, saying different tactics could have prevented the death.

On September 13, The Maricopa County Sheriff's FATE fugitive team was trying to arrest 20-year-old Elijah Boatley. He was one of two suspects wanted in connection to a break-in and subsequent shooting at a Phoenix fire station.

Deputies started shooting Boatley just seconds after the deputies approached his car at a mini-mart 48th Street and Broadway Road.

"This is America," said Boatley's sister, Jasmine Brown. "We're supposed to have a due process. Whatever he did, it doesn't matter. The police officers decided to take fate into their own hands."

Boatley's grandmother also criticized deputies for what she says they didn't do after shots were fired.

"They literally bent over him and watched him bleed to death for five or six minutes," Beverly Boatley said.

Elijah Boatley was buried Thursday. Relatives say they will remember his huge smile and love of people. They said he once traveled to Africa for volunteer work, and he enjoyed reading and writing poetry.

Sheriff Paul Penzone has released store security video showing the shooting, and he said Boatley had a gun. Penzone said deputies also had information Boatley would not go "without confrontation."

Relatives say they want more information, and they claim MCSO staff has not been responsive. They are considering filing a legal claim.