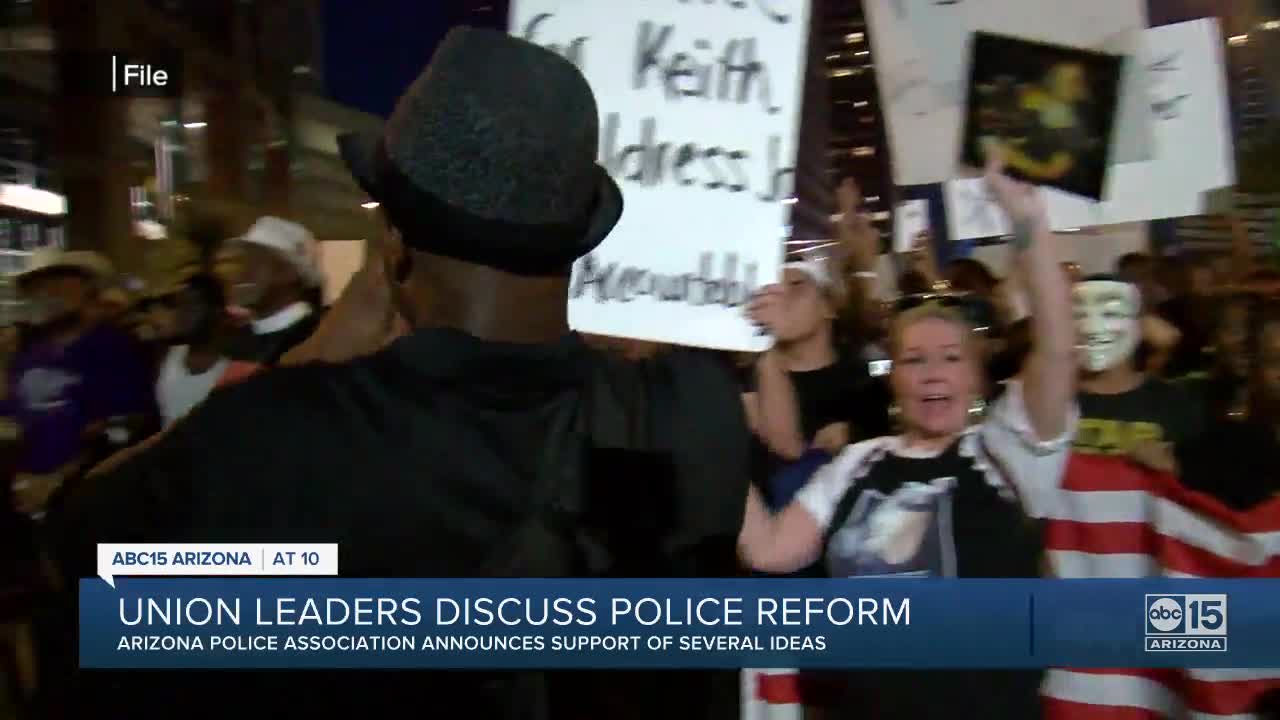 After watching protests for months and listening to community concerns, the Arizona Police Association announced on Facebook Tuesday that it supports certain police reforms.

The association, which serves officers unions across the state, offered nine principles for further discussion.

These are the APA’s suggestions for improving transparency and public safety:

Body cameras
-For all officers dealing with the public

Evidence-based de-escalation training
-Ongoing and frequent training that emphasizes a reverence for life, a duty to intercede, proportional responses to dangerous incidents, and a strong accountability provision.

Homeless calls
-Identifying non-criminal calls related to persons experiencing homelessness and leveraging existing social service programs that are better equipped to interact with this vulnerable population and have successful outcomes.
-It is not appropriate or moral to criminalize an individual based upon socio-economic status.

“We think these are meaningful - potential meaningful - solutions to address the issue of trust and confidence,” said Joe Clure, the executive director of the Arizona Police Association.

“They want to be on the right side of history, and I can’t blame them for getting started now,” said Rev. Jarrett Maupin, a Valley civil rights activist.

The Black Phoenix Organizing Collective, which had been active in this summer’s police protests, called the APA’s proposal “weak,” “broad,” and “not enough.“

Some APA-supported reforms would be local police policies while others would need the approval of the Arizona Legislature.