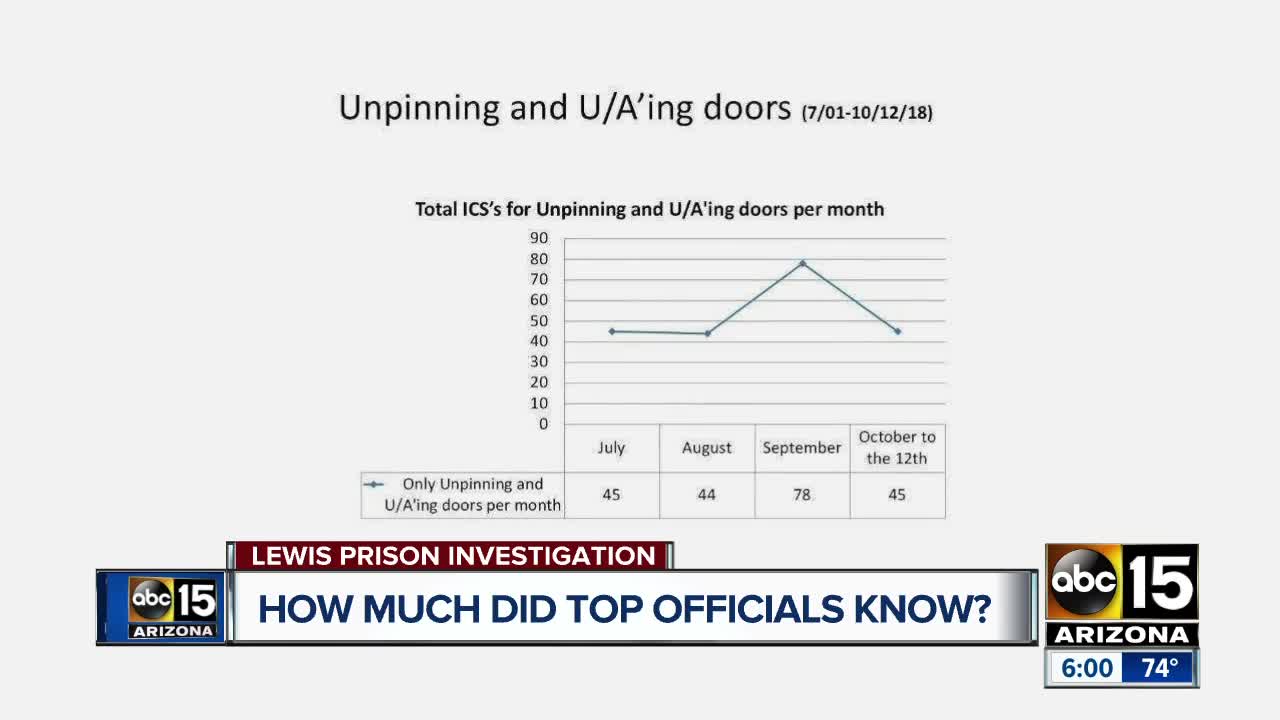 Corrections officers had to call for backup 212 times in a roughly three-month period last year, according to an internal report obtained by ABC15. 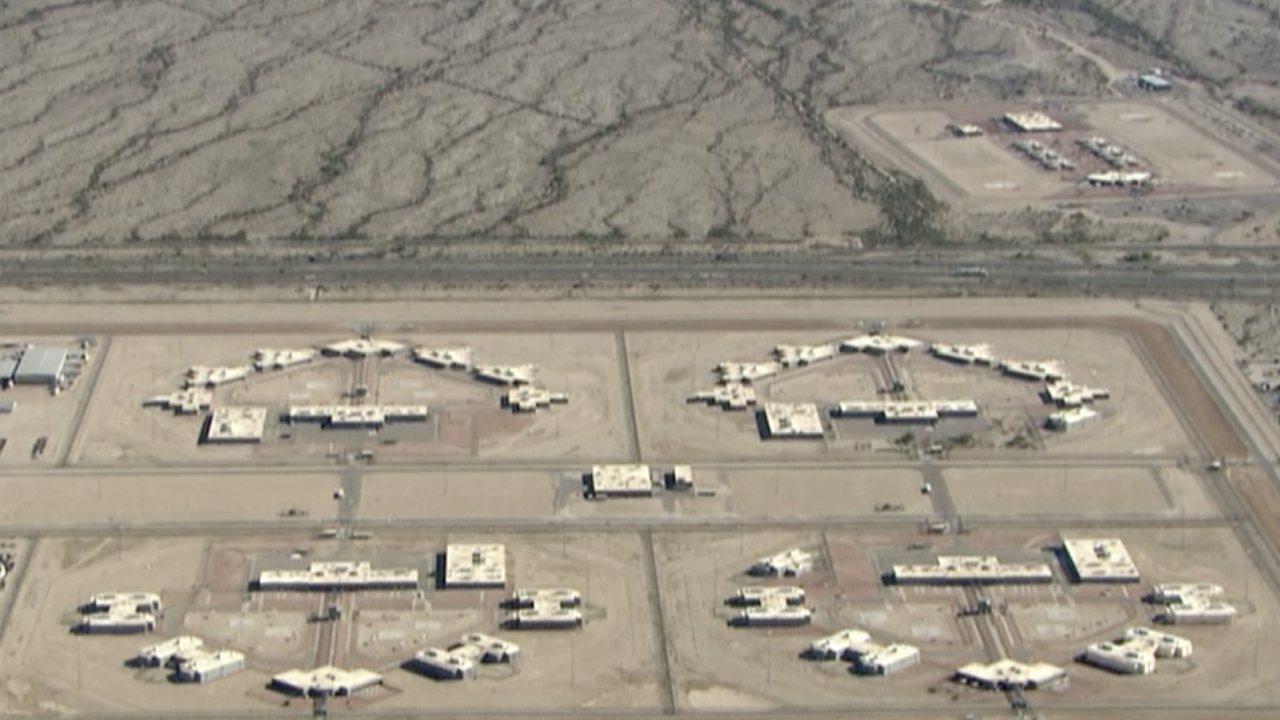 BUCKEYE, AZ — Officers inside Arizona’s Lewis Prison called for backup hundreds of times late last year for incidents that involved inmates getting out of their cells without authorization, according to an internal report obtained by ABC15.

From July 1st to October 12th, there were 212 times that officers inside the prison’s Morey Unit initiated an ICS for inmates unpinning or opening their cell doors without permission, according to the report and a corresponding graph.

An ICS, or Incident Command System, is a situation that requires officers call for additional resources to handle an incident or emergency, department policies show.

Sources said the report does not capture all – or even most – of the incidents involving inmates getting out of their cells without authorization. Often, officers were so “inundated” with door problems that they wouldn’t initiate an ICS unless the situation was “really big.”

The report only includes statistics from the prison’s Morey Unit – one of three units inside Lewis that ABC15 discovered has problems with broken doors and locks.

But it shows the top administrators at the Arizona Department of Corrections received data and statistics that quantified how often officers were struggling with the problem.

In April, an ABC15 investigation exposed leaked surveillance videos proving many cell doors inside the Lewis Prison don’t properly secure, leading to severe assaults against inmates and officers. At least two inmate deaths are being blamed on the broken doors.

The ICS report and statistics were received and reviewed by Carson McWIlliams, the prison system’s division director who oversees security operations, sources said.

RELATED: When did the Arizona DOC know of broken cell locks?

The department responded Monday afternoon to ABC15’s request for comment, which included a question asking if other top officials, including Ryan, reviewed the report or were informed about the numbers.

"We’re continuing to look into this request," the statement from a department spokesman said. "Ensuring officer safety is the department’s top priority and we are focused on efforts to diligently address these issues and work towards identifying and implementing a long-term solution."

The statistics add to a larger collection of evidence obtained by ABC15 that shows there was ongoing and overwhelming evidence, often reaching the director’s office, that documented a serious problem inside Lewis prison.