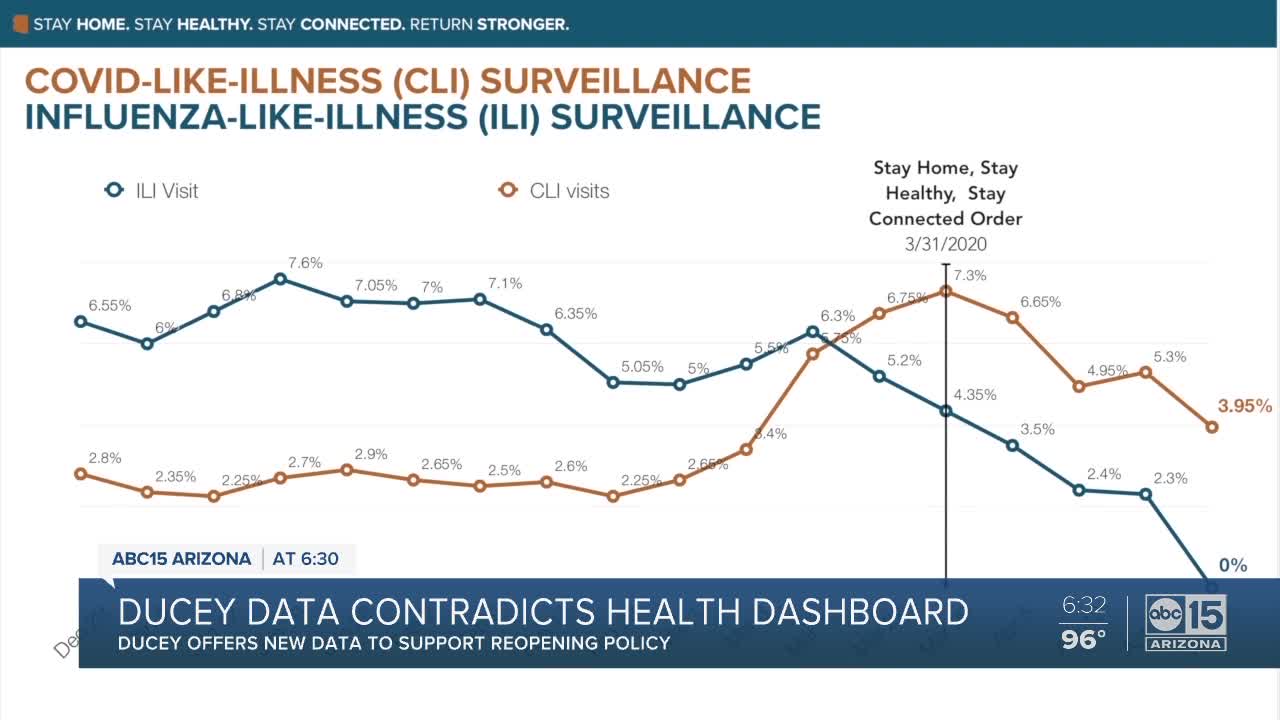 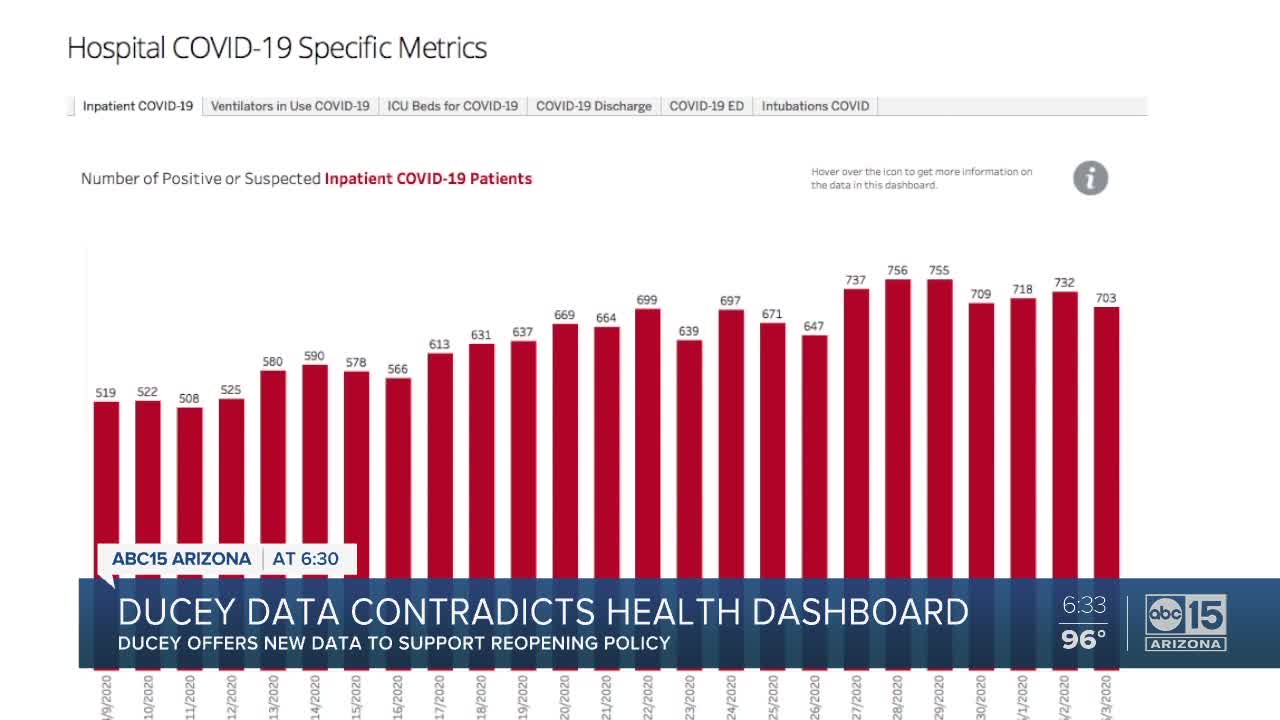 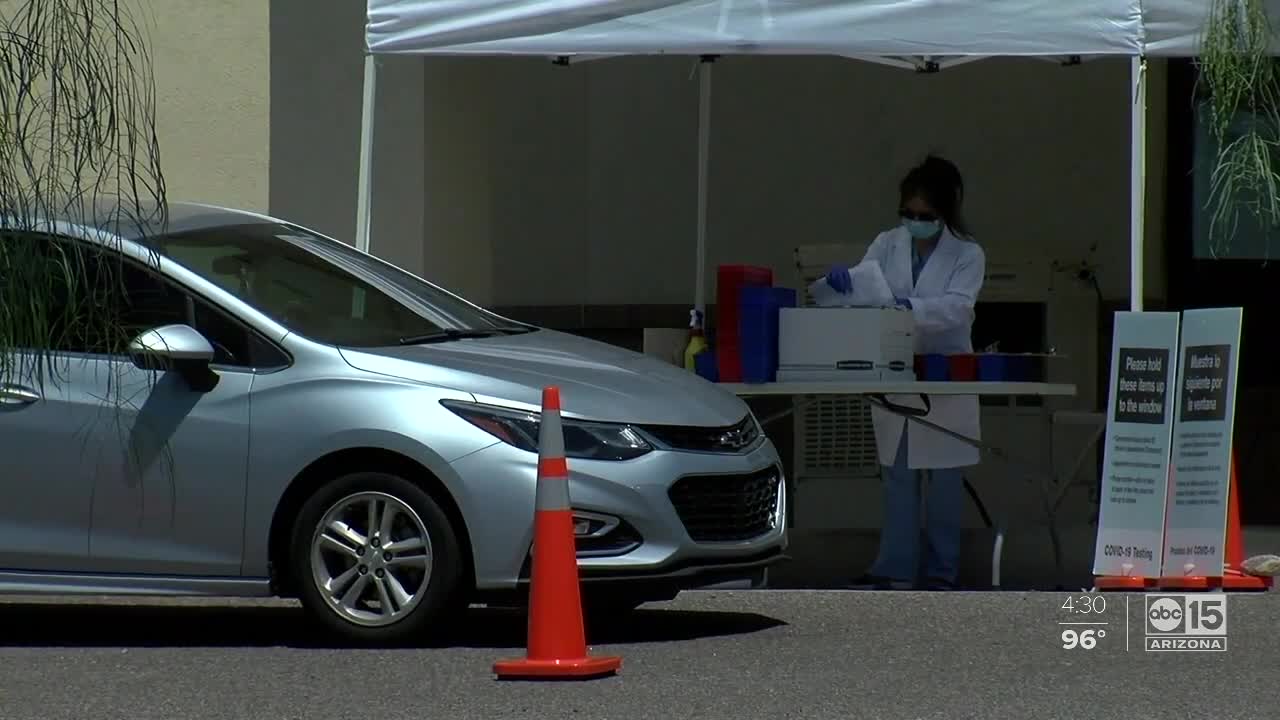 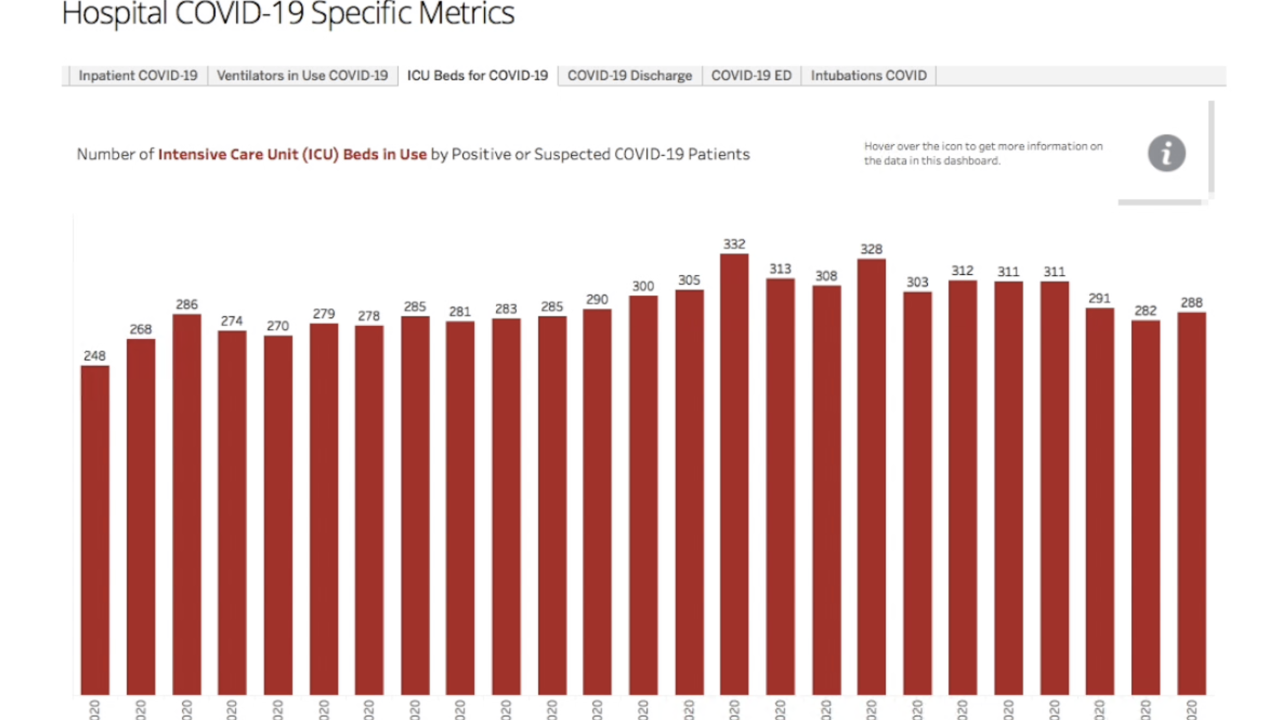 PHOENIX — The ABC15 Investigators are fact-checking Governor Doug Ducey as he lays out the health data behind his decisions to reopen more businesses across the state.

Ducey showed several charts during his presentation Monday. One chart showed the percentage of patients reporting COVID-like symptoms compared to all patients showing up to the hospital. He showed how that percentage dropped since the date of his stay at home order in late March.

A look at total numbers of new cases and other hospital data on the Arizona Department of Health Services website seems to conflict the governor’s “downward trend.” Suspected or confirmed coronavirus patients daily in hospital ERs, inpatient beds, and ICU beds have remained steady.

With increased testing, new cases were at their highest levels last week. However, Ducey says of total coronavirus tests, just six percent are now coming back as positive for the virus.

His calculations on total tests and confirmed positive cases don't match the state's own Health Services Department dashboard on coronavirus. When ABC15 asked about the discrepancies, we were told the health department calculations were incorrect and efforts were being made to fix the data problem.

“I’ve never seen a government agency put out information, and then say, ‘well this information is not entirely accurate, so you’ll have to take this other set of information and say that is accurate,’” ABC15 Data Guru Garrett Archer said. “It’s very rare."

It also makes the governor's statements hard to fact check. Outside groups, looking at the coronavirus curve, indicate, at best, Arizona is plateauing, not significantly reducing the spread.

The ABC15 Investigators are asking for the data behind the governor's new numbers.