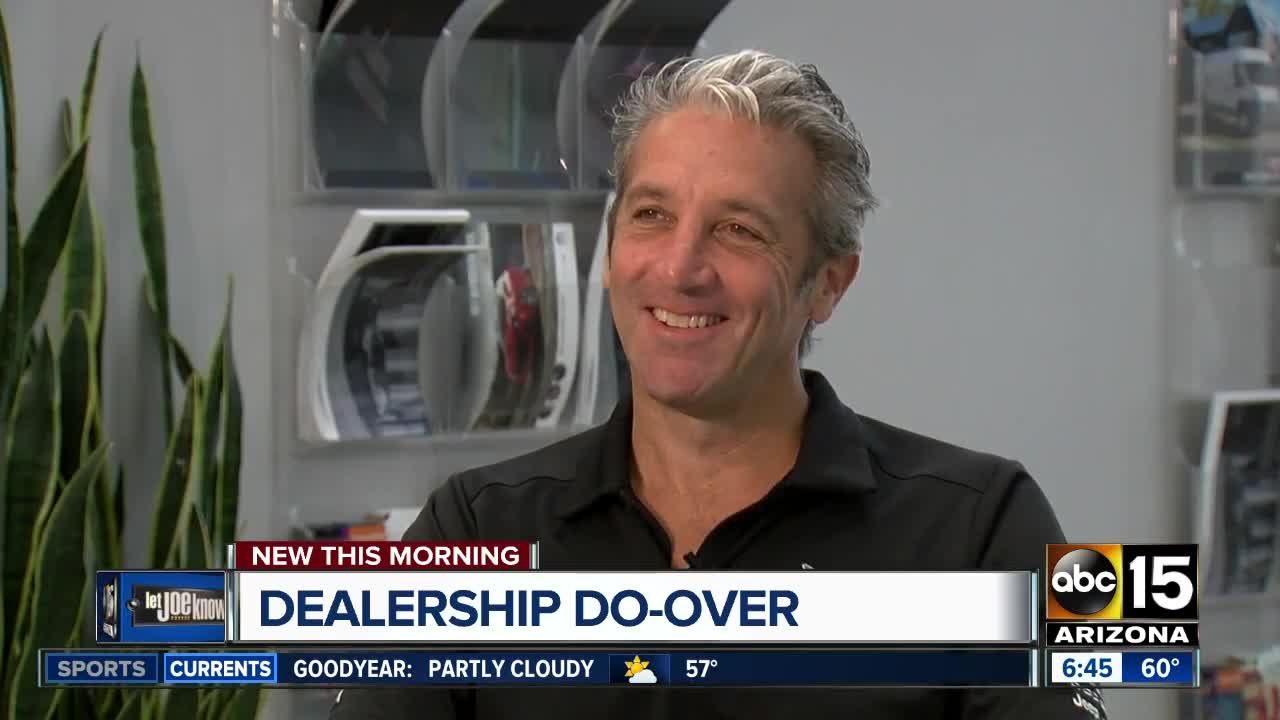 The family that owns the Courtesy group of dealerships around the Valley purchased the business, taking over operations in March and renaming it Courtesy Chrysler Dodge Jeep Ram Superstition Springs.

"It's entirely new leadership. It's entirely new ownership," says Courtesy owner Scott Gruwell. "We were able to take a really bad thing that's happened to some folks and try to make a positive thing out of it."

Since 2018, customers of the former Heggs Chrysler Dodge Ram dealership near Power Road and US 60, let me know the loans for their traded-in vehicles were going unpaid.

Some loans were paid off after ABC15/Better Business Bureau volunteers got involved but many others continued to be delayed -- often by months -- resulting in people either having to pay two car notes or default and ruin their credit.

At the time, former owner Alvin Heggs agreed to and then canceled an on-camera interview. Via email, he gave several excuses for not paying off the loans including that he received a "lucrative offer to sell the dealership," and the decision was made to "put certain things on strategic payment." Heggs also told ABC15 that he was retaining a credit repair firm to help customers who were affected. That company confirmed it had not been retained by Heggs.

Gruwell says paying off the outstanding loans was one of the first actions the company took.

"We did that day one, once we took over operations," he says. "We felt like that was a very important thing."

He says the "Warranty Forever" program is no longer offered by the dealership but will still be honored for old customers.

"Part of the negotiation was to make certain that those customers are taken care of through the warranty company itself," he says.

As for those former Heggs customers whose credit was ruined while waiting for a payoff, Gruwell says they can't fix that. Instead he offers, "if there's any way that we can assist with writing a letter to try and assist with the credit bureau."

Plus -- one issue was just recently resolved for an ABC15 viewer who still had an outstanding GAP coverage problem with Heggs. We sent her to Courtesy and they were able to take care of the issue.

"We realize that you know the past situation was a bad one, and we just want to try to help because that's just who we are," Gruwell says.