Consumers kept in the dark about appraisers' history, violations 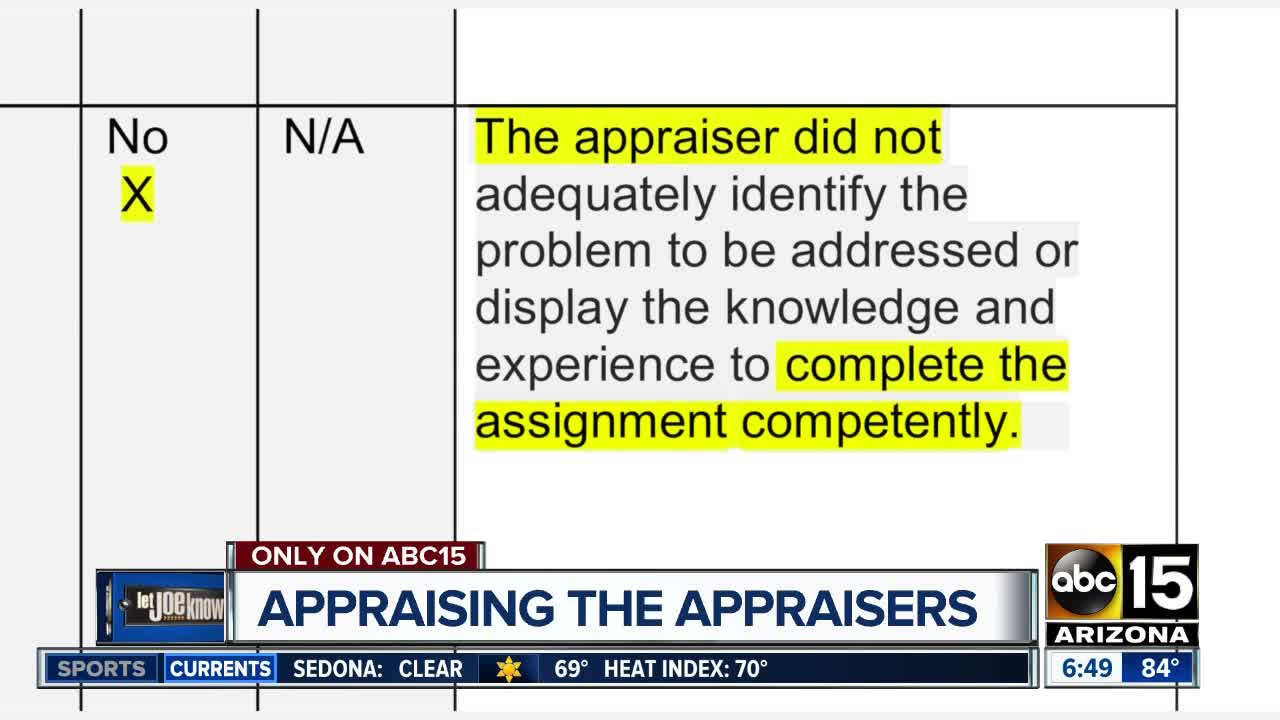 If you file a complaint against a real estate appraiser in Arizona, there is a good chance you’ll never learn the outcome. 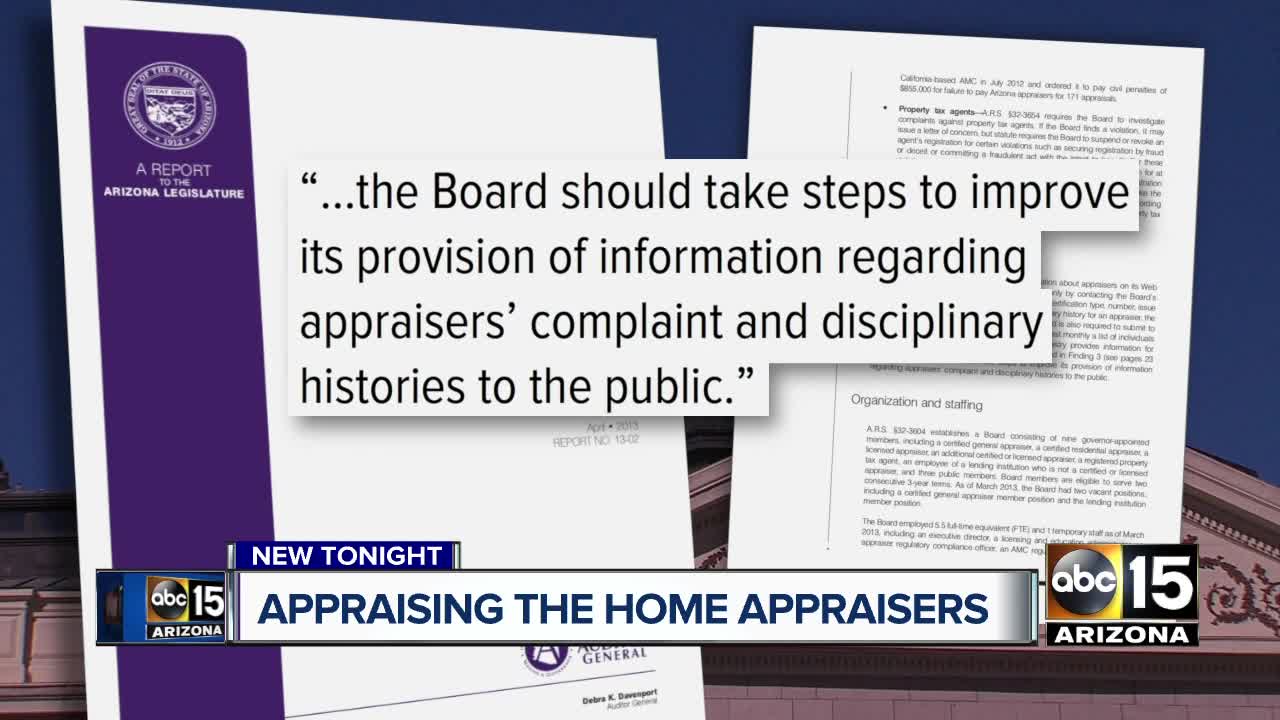 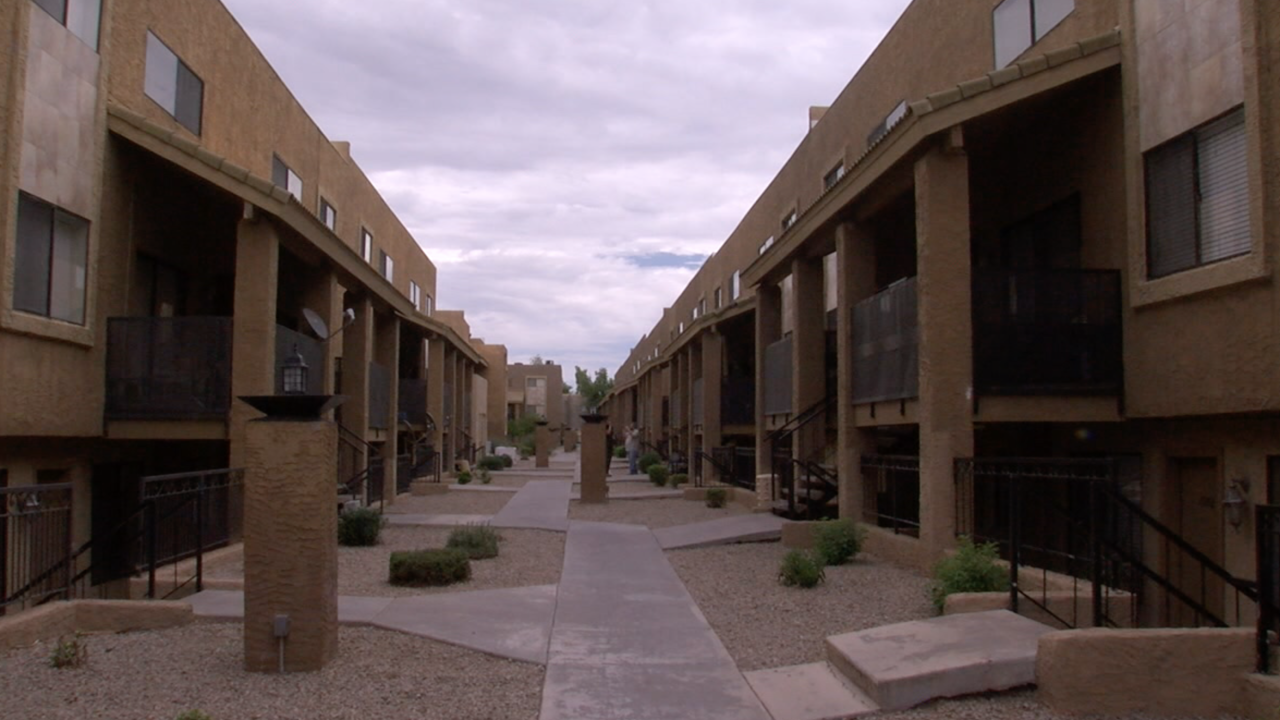 PHOENIX, AZ — If you file a complaint against a real estate appraiser in Arizona, there is a good chance you’ll never learn the outcome.

In August 2017, Courtney Hoogervorst lodged a complaint against an appraiser that she believes low-balled the value of her home. He had been hired by an investor-run HOA that was using a little known state law to take over her condominium complex and force the remaining owners to sell to him at fair market value.

In her complaint, she questioned whether that was even possible given the appraiser was essentially working for the investor. She also questioned the comparable properties used and the fact that the appraiser had never entered her unit to evaluate it.

After getting an initial confirmation that her complaint had been received she says she was left in the dark.

“Not hearing anything back is frustrating,” she said.

The Arizona Department of Financial Institution (DFI) is responsible for regulating and investigating complaints against the appraisal, state-chartered banking, mortgage broker and title loan industries. It also enforces a confidentiality provision of state law that prevents the public from knowing about most discipline renders. According to the agency, the only information publicly released is suspension and revocation, cease and desist orders or a notice of formal hearing.

The appraiser that worked on Hoogervorst’s property, Michael Huscroft, did not receive any of those disciplinary actions.

We know this because according to the list available to the public no action has been taken against any appraiser since September 2016. We also know because Let Joe Know was able to obtain a copy of the investigation into Hoogervorst’s case anyway.

Thirteen violations are listed. Some include failing to disclose or analyze “crucial data” which led to results that were “not credible,” not completing “the assignment competently,” and giving “conflicting statements regarding the level of inspection.”

Huscroft did not respond to our repeated requests for a statement about the investigation and its findings.

We asked appraiser Ann Susko to take a look at the documents. "I would say that it's pretty bad,” she said.

Susko has been in the appraisal industry since 1984, teaches continuing education classes for appraisers, and is a former chairperson of the now-defunct Arizona Board of Appraisals which used to investigate these types of complaints.

“(He) should know all of the methodologies that we've used for years long before we were even licensed,” she said.

“The appraiser would actually come before the board and if you were the complainant, you could sit in the audience and watch them explain, listen to what the board said, and find out what the problems were and what the final discovery was,” she said.

In fact, in 2013 an Auditor General report to the Legislature concluded that the board needed to improve providing “information regarding appraiser’s complaint and disciplinary histories to the public.”

But during the 2015 legislative session the Board was abolished and appraisal duties were assigned to DFI. It’s a move that now affords the appraisal industry a near complete shield of confidentiality when it comes to complaints and resulting discipline.

“But that doesn't help the public at all,” Susko said.

A DFI spokesman says prior to the move, “…some appraisers alleged they were victims of having complaints with little merit lodged against them in order to put a complaint against them on file with the purpose of having appraisal management companies and consumers avoid using them in favor of appraisers against whom no complaints were lodged.” The agency also says the law does not allow it to disclose the specifics of investigations, but it does inform complainants of whether or not corrective action was taken.

Hoogervorst says she did not receive information about the conclusion of her complaint.

While no determination was made about whether or not Hoogervorst’s property was appraised at fair market value, documents show discipline resulting from her complaint included a Consent Agreement that placed the appraiser on three months’ probation, and 22 hours of additional education.

“It (information) should be more easily available for the public,” she said, “especially when guys are getting in trouble.”

Appraisers are used in various situations including the unique situation where Hoogervorst and her neighbors found themselves where they didn't even know their homes were being appraised. But Susko advises when they are used by your potential lender you can contest it with the bank.

“Go back to your lender and say he missed something or I just don't feel like this evaluation is correct,” Susko says.

She also suggests questioning the appraiser directly before they begin work.

“If you have any suspicion or any question when the appraiser comes you can always ask him are you familiar with this area? Have you done very many appraisals out here? How long have you been appraising?" she said.

But short of a change in the law, consumers are on their own to figure out whether or not an appraiser has a professional history that they are comfortable with.