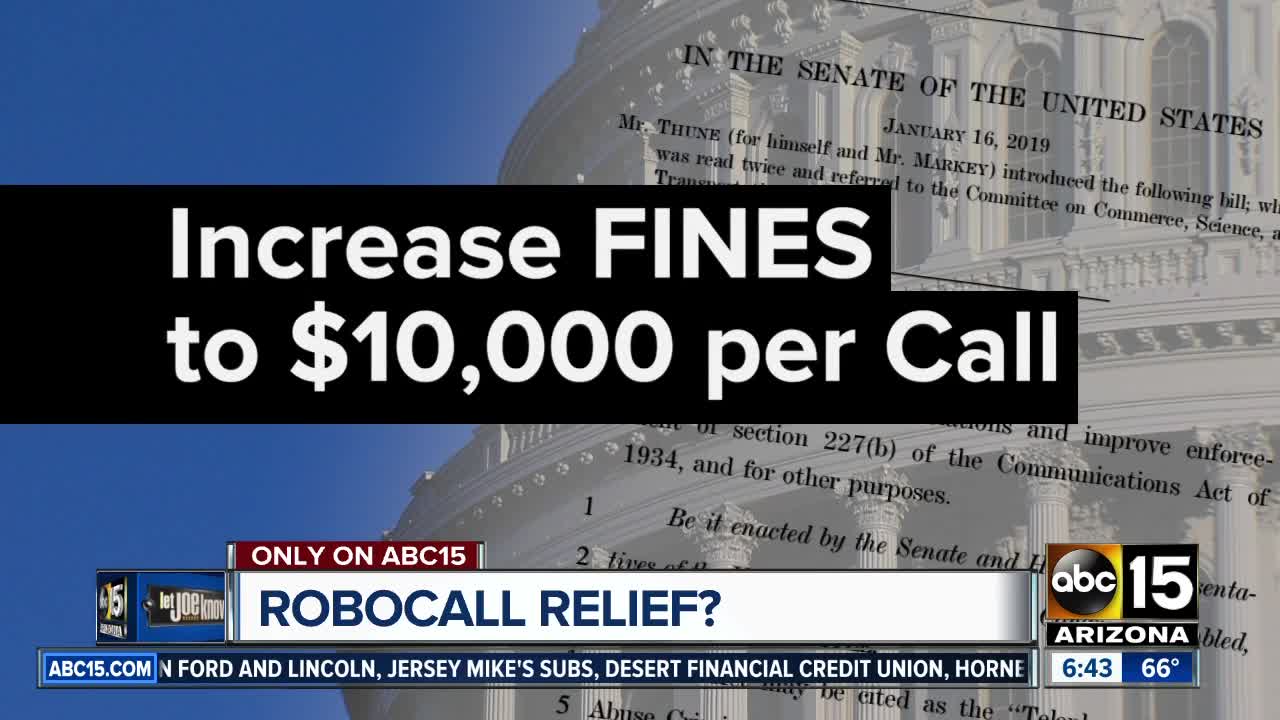 PHOENIX, AZ — From the bogus Social Security calls to the fake IRS lady, robocalls are reaching consumer's phones at an increasing rate.

Nearly 48 billion robocalls calls were placed in 2018 according to the Arizona Attorney General Mark Brnovich's Office.

Now Brnovich and every other AG in the country is pushing Congress to pass a bill expected to help curb at least some of those calls.

Proponents of Senate Bill 151 or the TRACED Act say the legislation would:

In a letter to a Senate committee, the Attorney General says the bill would help law enforcement and the telecom industry to "take meaningful steps
to abate the rapid proliferation of these illegal and unwanted robocalls."

The bill is now awaiting a full vote of the Senate.