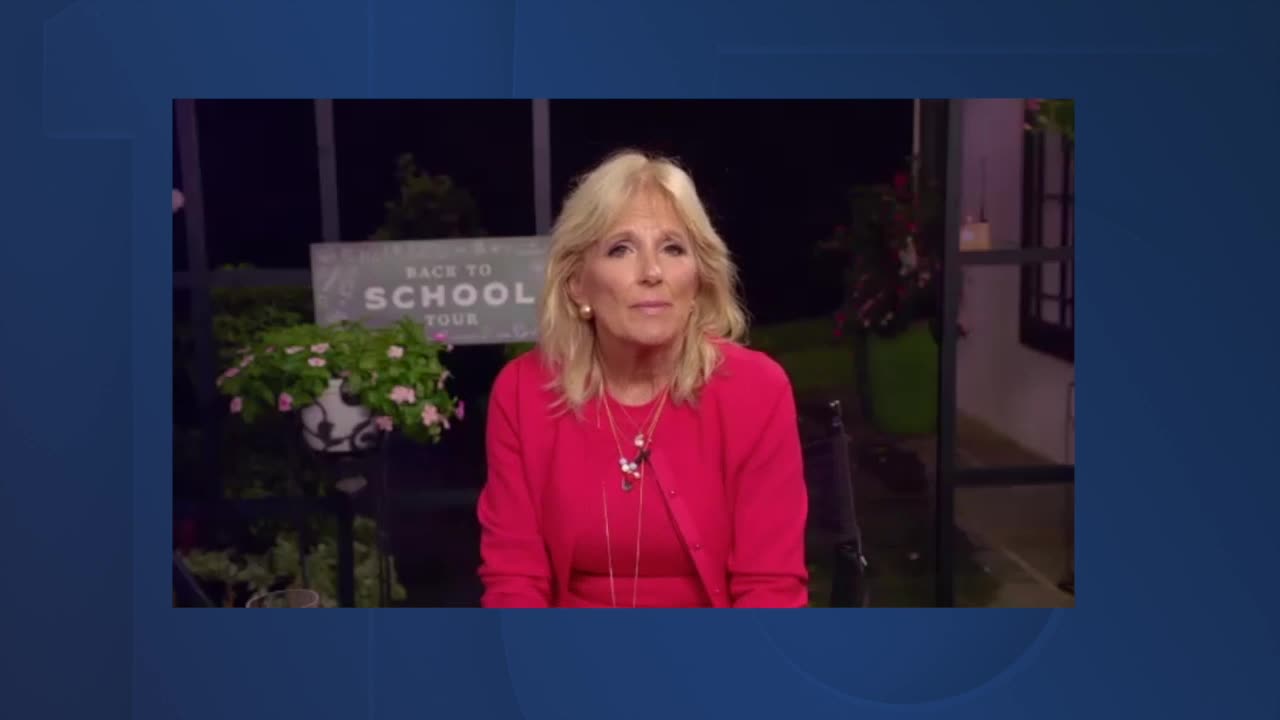 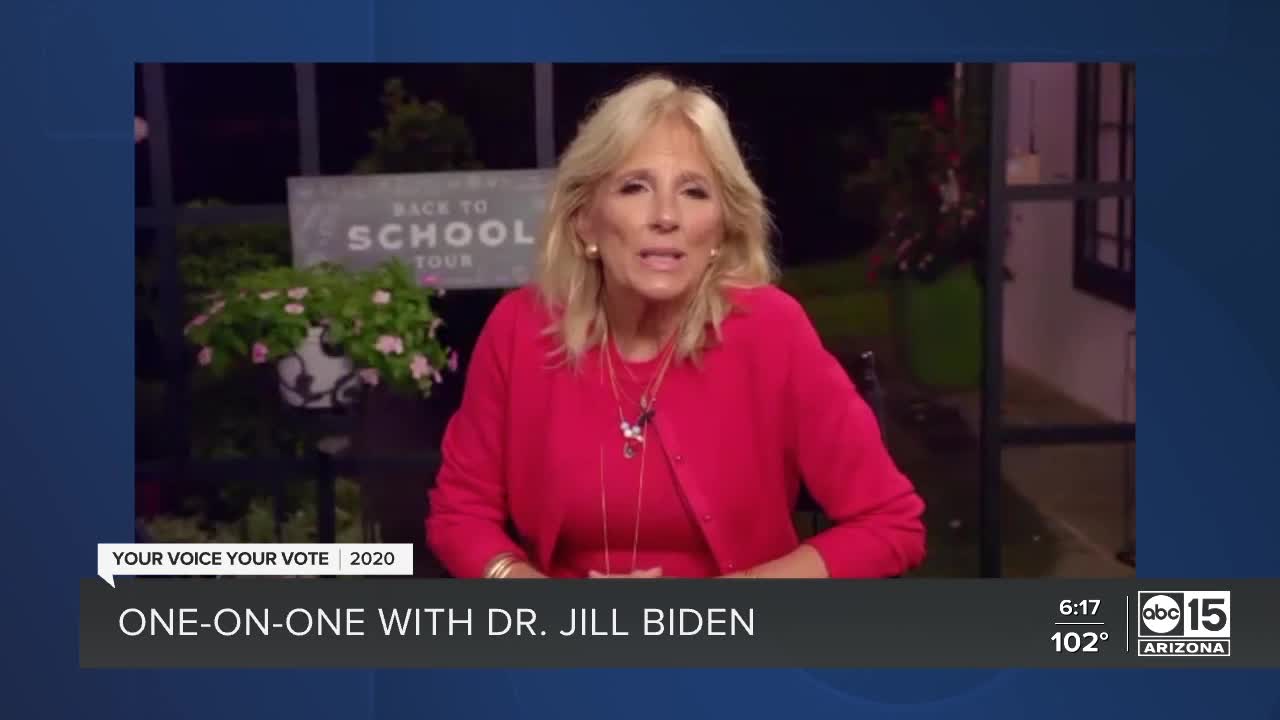 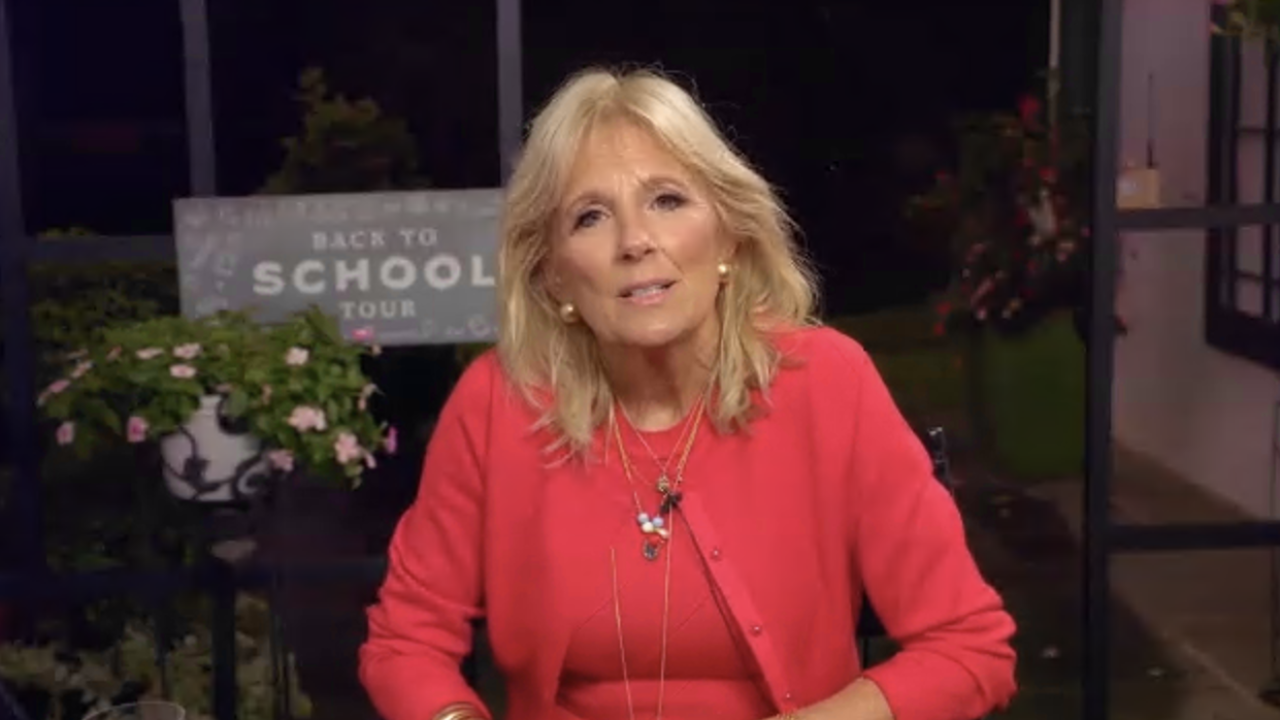 As President Donald Trump makes another stop in Arizona Monday and another push for your vote, former Vice President Joe Biden and his team also know how important our state is on the road to 270 electoral votes.

His wife, Dr. Jill Biden, recently held a virtual event, spotlighting Arizona teachers and families on her Back to School tour.

She spoke exclusively with ABC15 Mornings anchor Nick Ciletti after the event.

Nick: You're someone who has worked in education for more than three decades. You know the ins and outs of how schools work -- do you think students should be back in the classroom right now?

Dr. Biden: I think we have to listen to the experts. We have to be safe. So when the doctors and the scientists and the experts say it's okay to go back to school, then I think we should go back.

Nick: The President and Betsy DeVos have been pretty adamant that students must be back to in-person learning. And here in Arizona, we've seen a number of parents rallying to get their kids back inside the classroom. They're worried about achievement gaps, they're worried about their kids not having access to extracurricular activities, or food or a whole host of things that were discussed at the virtual event beforehand, so what would you say to those parents and the President?

Dr. Biden: You know, Nick. This is a life-and-death issue. And I'll repeat it again. We must listen to the doctors and scientists. We can't have these children taking the virus back home to their grandma. Or their moms. And we can't have teachers getting sick.

But how will all of this play into the 2020 election? A brand new ABC News Ipsos poll released Sunday shows 65% of respondents disapprove of President Trump's handling of the pandemic - but is that enough for Arizona to go blue in November?

Nick: The last time Arizona went for a Democrat was 1996. It was for Bill Clinton. In 2016, Hillary Clinton lost by 3.5 points. Your husband is asking for Arizona to vote for him and not Donald Trump. Why do you think Arizona should go blue this time and vote for your husband?

Dr. Biden: As a mother and a nana, living in Donald Trump's America, I feel such anxiety and I'm not alone…. You know, there is no question that Donald Trump's America is filled with chaos. And I think as Americans, we deserve steady leadership. And a president who has the empathy to understand our problems and knows how to help us find common ground and solutions. And that is who my husband is. And that is the kind of leader that Joe Biden will be.

Both candidates have seized on this summer's protests and unrest over racial inequality. Vice President Biden says President Trump adds fuel to the fire of an already explosive situation. But the President says Democrats are to blame for the violence and have lost control of cities like Portland.

Nick: I'm sure you've heard the President say that we will not be safe in Joe Biden's America. And he has used that phrase a number of times. It was something that was said at the convention. It's something that a number of his supporters say. I'd like to get your response to that.

Dr. Biden: You know, Nick. I would much rather live in Joe Biden's America than Donald Trump's America. Look at this chaos. And I think most Americans feel the exact same way I do. So I don't think it's going to take much convincing because people want calm, they want steady leadership. They want a leader who offers direction and guidance and most of all, knows what they're going through.