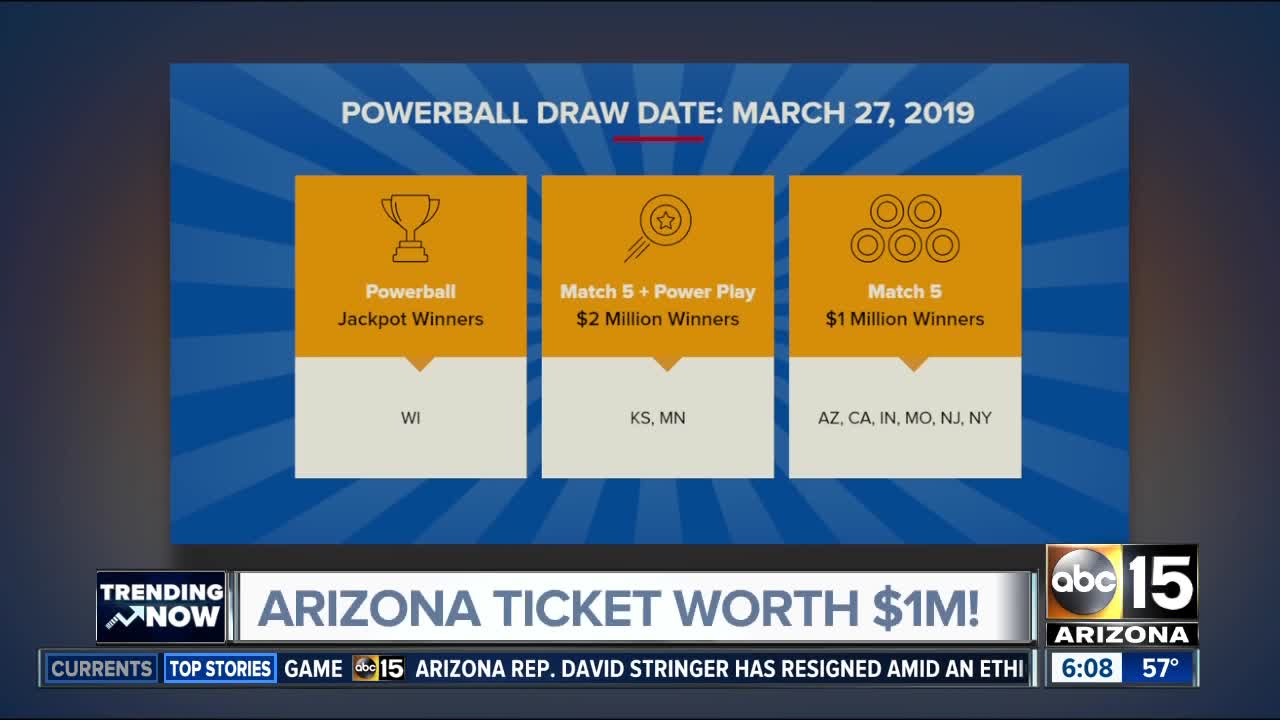 A few winning tickets were sold in Arizona! 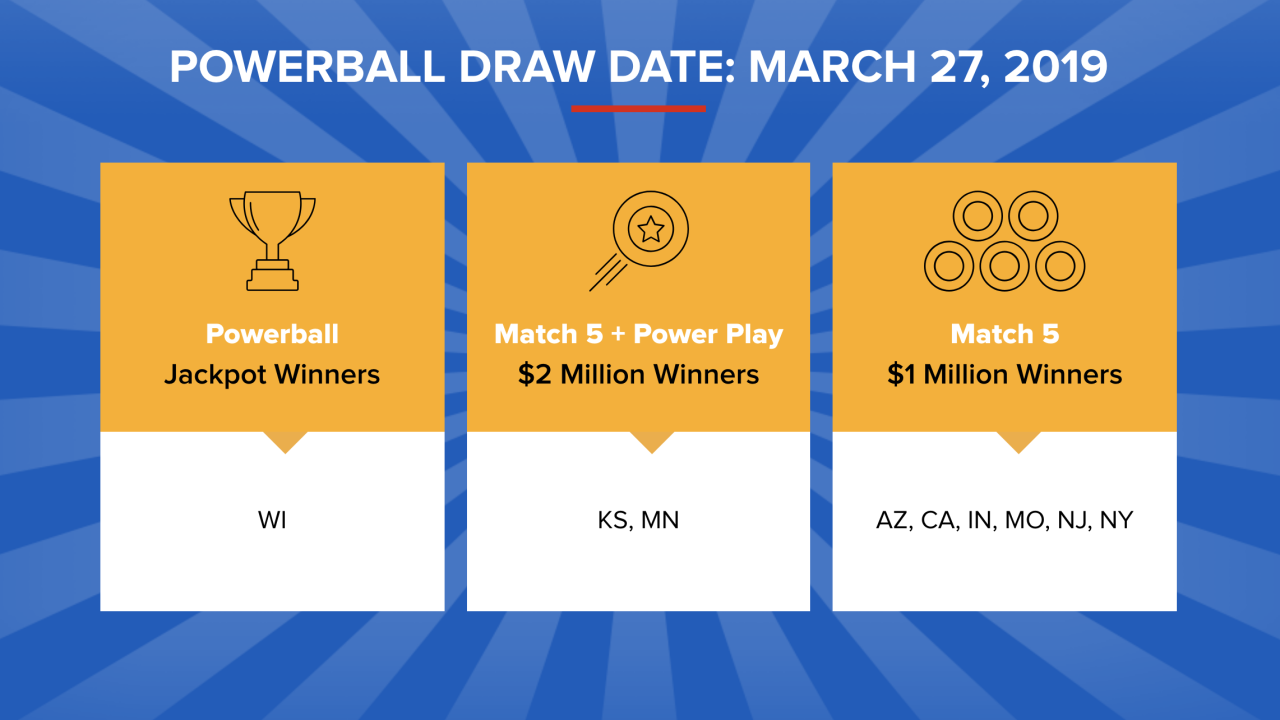 A $1 million winning Powerball ticket was sold at a Circle K store near Val Vista Drive and Main Street in Mesa, according to officials. This ticket matched all five lottery numbers, but did not match the Powerball.

In addition, three Powerball tickets sold at various locations across the state each won $50,000.

Officials confirm that none of these big winning tickets have been claimed yet.

Take a look at the map below to see where each big winning was sold across Arizona.