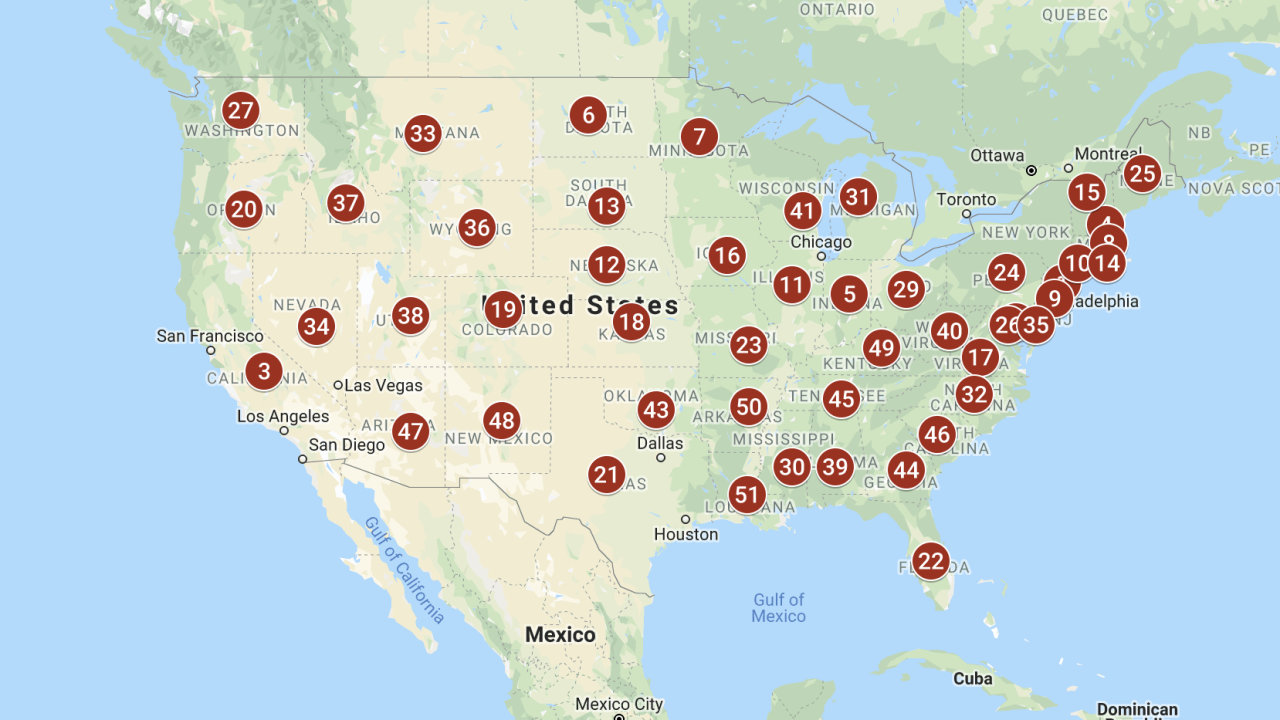 Some states are great for police officers, others... not so much.

A newly released study by WalletHub ranks the best and worst states to be a police officer across the 50 states and the District of Columbia.

RELATED: Officer- and Deputy-involved shootings in the metro Phoenix area in 2019

Click on each state in the map below to see detailed ranking by category and overall scoring in the study.

Of the three main dimensions, Arizona ranked in the mid-range for "Quality of Life", but notably lower in the others.

According to the study's methodology, some of the key metrics used to determine "Job Hazards & Protections" include police deaths per 1,000 officers, persons killed by police per capita, share of officers assaulted, and requirement of de-escalation training. Legislation across states -- police body-worn camera legislation, police-misconduct confidentiality laws, and "red flag" laws -- was also among the metrics.

The WalletHub study comes just a few weeks after the release of an independent report commissioned by Phoenix police regarding a spike in officer-involved shootings for their department in 2018.

The report did not find major issues with the department's policy or training, but did conclude there "was an increase in officers encountering subjects who were armed with firearms or simulated weapons, as well as an increase in assaults on officers." The report stated the increase in 2018 was not only in the city of Phoenix, but across the Valley.