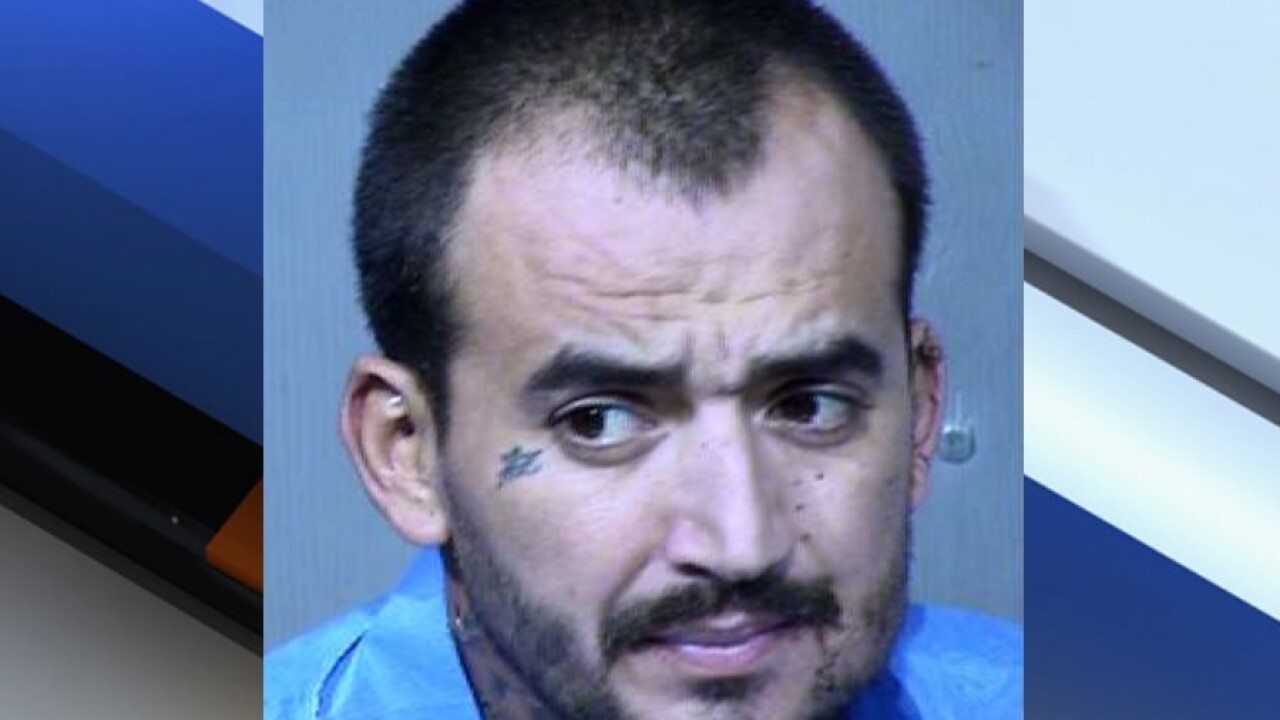 PHOENIX — A west Valley man is being held on a $100,000 bond for multiple charges including burglary, kidnapping, aggravated assault, and numerous weapon violations.

Police say, Christopher Mendoza, 34, the suspect in an officer-involved shooting in Buckeye on December 23, was wanted after entering a Goodyear Walmart while armed, forcing the evacuation of the store.

He is also the same man who allegedly kidnapped and barricaded himself in a home after escaping from police a few nights before.

According to police, a Buckeye police officer was on his way home when he spotted Mendoza near Verrado Way and Watkins, just south of Lower Buckeye Road. He appeared to be breaking into a home but was unsuccessful.

Mendoza stole a pest control vehicle sitting in front of the house which still had the keys inside.

Police say they surrounded the vehicle and Mendoza drove towards the officers, making suicidal statements and pointing a gun at his head. Police tried to get him to lower the gun but he refused.

Officers fired several rounds at Mendoza. He crawled out of the truck and was airlifted to the hospital.

One officer suffered minor injuries and is expected to be OK, according to police.

Mendoza was arrested upon being released from a west Valley hospital where he was being treated for injuries suffered when he was shot at by officers.