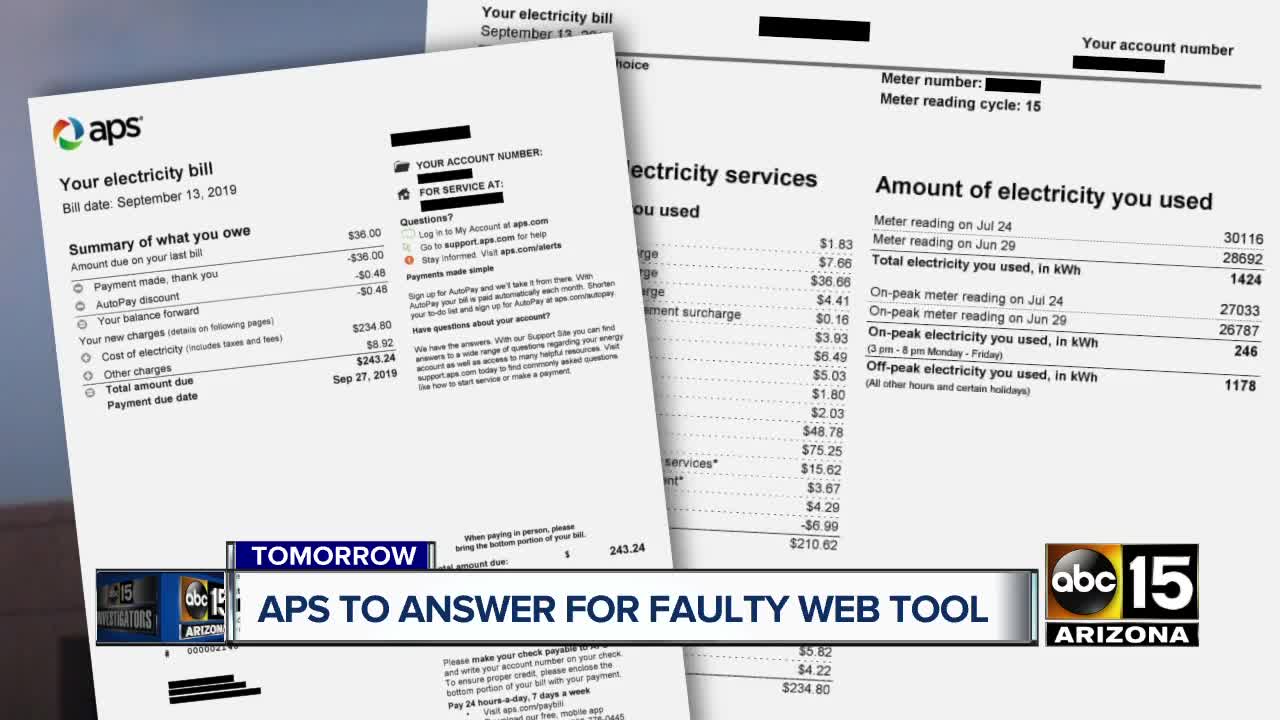 The company's new CEO Jeff Guldner is expected to explain why the online calculator that was supposed to tell customers how to save money actually recommended more expensive plans.

Commissioner Justin Olson says he's frustrated. "I called on APS to suspend the tool so we can ensure that faulty information is not being provided to ratepayers going forward," he said.

For months the company sent mailings and social media advertisements to customers encouraging them to use the comparison tool.

But at least two consumer advocates say they informed APS of the problems.

Stacey Champion, who also filed a complaint against the utility in an attempt to reverse the 2017 rate hike says she informed the company as far back in September that there was something wrong with the calculations.

Abhay Padgoankar, who served as Champion's expert analyst in the complaint officially filed his finding in November 2019.

Two days later the company admitted in docket filings that it relied on "incorrect information" and provided "certain customers with inaccurate plan recommendations..."

It was the latest issue in the company's struggle to successfully execute a Commission-mandated customer education program about the changes to rates that were implemented in 2017.

Wednesday's appearance will mark the second time in four months that an APS CEO has been asked to explain the company's actions before the AZCC.

In September former CEO Don Brandt came in along with then-president Guldner, while company was grilled about cutting off customers during hot weather.

Since then a third party audit was released that revealed the company may be over-earning. Possibly because too many people are on the wrong plan.

Wednesday's hearing could be a step toward getting to the bottom of it. "Because we no longer can trust that the information that they are providing is accurate," Olson said.

The company say its crediting the accounts of about 12,000 customers.

But the big question: whether or not the Commissioners will take out their frustration in the utility's latest rate case in which it is asking for a $184 million increase.

Th hearing starts at 10:00am. You can watch is live here.