You can now see Phoenix Zoo's giraffe calf, Rafiki, on the Savanna 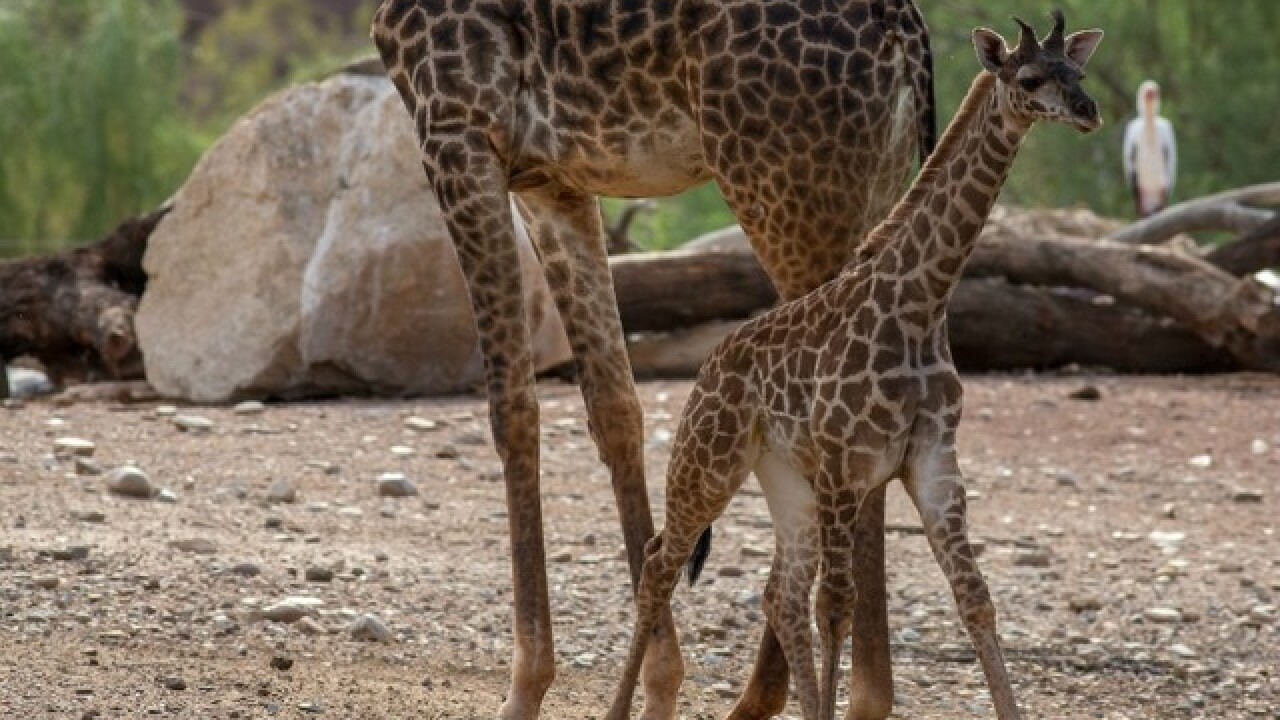 Since being born at the end of June, the Phoenix Zoo's youngest giraffe calf, Rafiki, has been bonding with mom off-exhibit in the giraffe barn.

Now, more than a month later, she has made her public debut out on the Savanna.

Linda Hardwick, the spokesperson for the zoo, said Rafiki, which means "friend" in Swahili, and her mom, Imara, will regularly be out on the Savanna during the morning hours.

They will then return to the giraffe barn so the zoo's three other giraffes can come on out.

Hardwick said Rafiki has begun to be introduced to the other animals on the exhibit, a process that has "gone really well," she said.

Introductions to the rest of the giraffe herd will take a while longer, she said.

Rafiki was born on June 26. Her name was chosen after the zoo held a contest.

She is the second female giraffe born at the Phoenix Zoo in less than 12 months.

Siku was born in September 2017. Her birth marked the first giraffe to be born at the zoo in more than a decade.