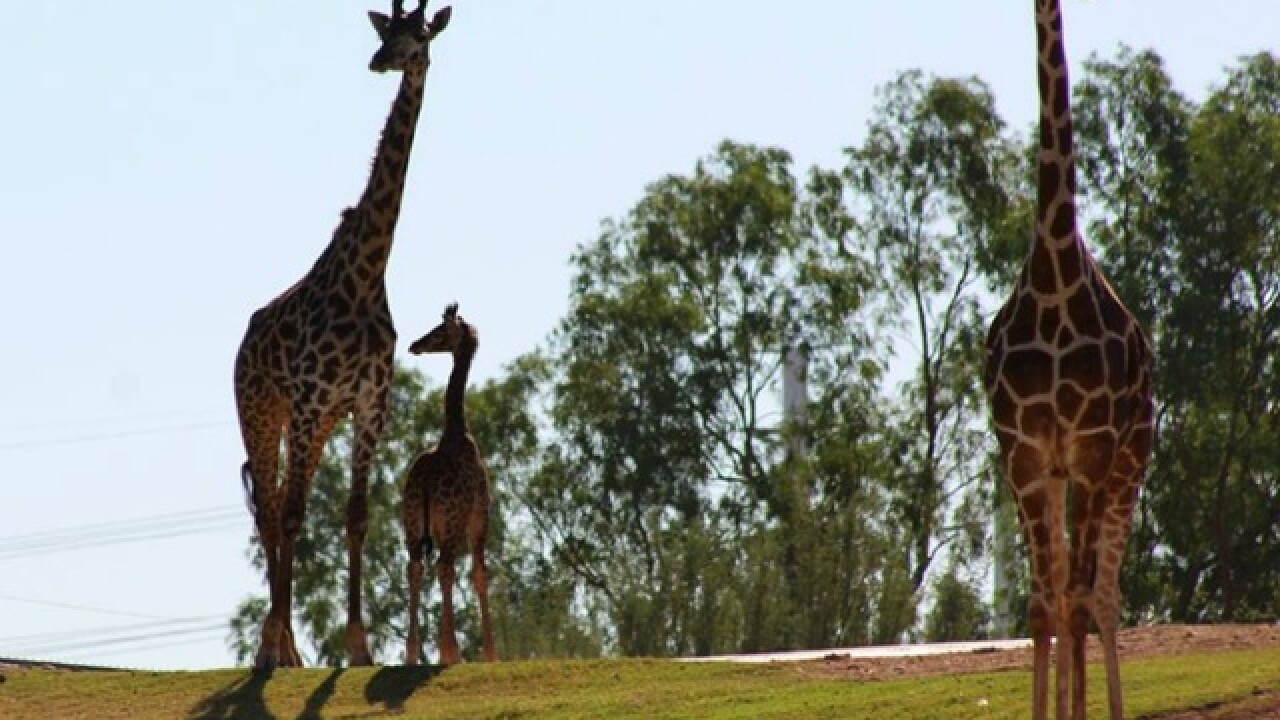 A month later, the Phoenix Zoo's Masai giraffe calf -- its first in twelve years -- has a name and quietly made her public debut.

In a Facebook post, the zoo announced the 7-foot-tall, 250-pound, female had been named Siku, which means "day" in Swahili. It also shared a handful of photos of the giraffe in her habitat.

On Wednesday morning, Siku reportedly ventured out onto her habitat with mom, Sunshine, and aunts.

The giraffe calf was born on Sept. 12 and then-weighed an estimated 150 pounds.

The Zoo said some of the larger animals typically out at the Savannah exhibit are "taking a break" to give Siku a chance to become comfortable with the gazelles, cranes and other small animals.

Some of the larger animals will "slowly" be introduced to her over the next few days, the zoo said.

At times, Siku may not be visible in her exhibit. She has to return to the barn so her dad, Miguu, can roam about the habitat, the zoo said. She may also choose not to go to the outdoor exhibit.

"We never force the giraffes to be on exhibit. Therefore, Siku may not be out on the Savanna all day, every day," the zoo said. "The next few weeks/months are an important adjustment time for her, and it will depend on how comfortable she is after her first few days out and about."