Chicago pizzeria, Giordano's, has closed its restaurant in Paradise Valley 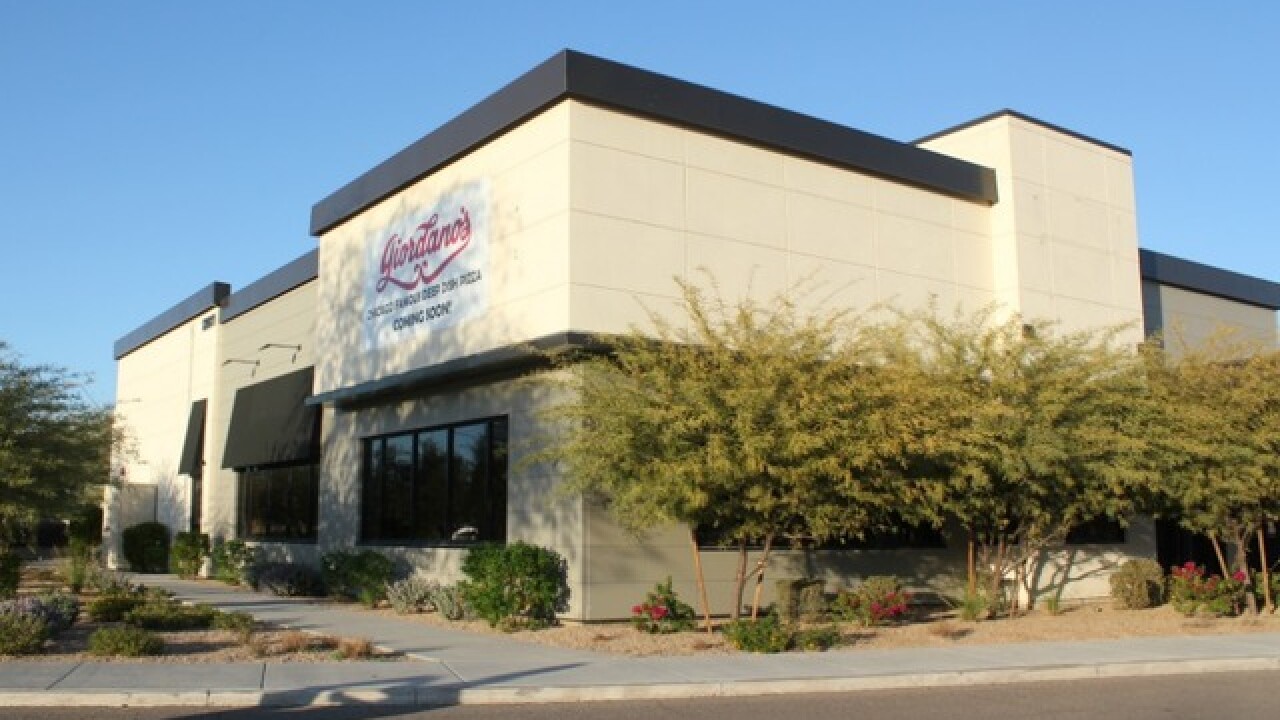 PARADISE VALLEY, AZ — Has the Chicago deep-dish pizza craze, ended? After 15 months, Giordano's has closed its restaurant in Paradise Valley.

The Chicago-based pizzeria opened across from Paradise Valley Mall near Tatum Blvd. and Cactus Road in August 2018. It was the pizza chain's second location in the Phoenix area. The first opened in 2016 within Peoria's P83 entertainment district near 83rd Avenue and Bell Road, which is currently open.

In a statement, Giordano's said: Giordano’s made the difficult business decision to close our Paradise Valley restaurant. We appreciate the support which we have received from the community and we hope that our many loyal friends will visit Giordano’s in Arrowhead (Peoria) or order their favorite pizza online at giordanos.com.

Gino's East, another popular Chicago pizzeria, opened a restaurant in Phoenix in 2017, but shuttered it a year later. That building is now home to The Century Grand, an immersive 1920s-themed cocktail bar.

Related: The 1920s-themed cocktail bar not to miss in Phoenix

Lou Malnati's has three locations in the Valley -- full-service restaurants at Uptown Plaza in Phoenix and Chauncey Lane in Scottsdale; and a take-out/delivery location in Arcadia -- and a fourth location focused on take-out and delivery set to open near near 75th Avenue and Rose Garden Lane in Glendale early next year.