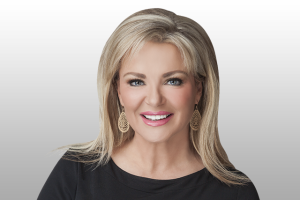 Fay is a familiar face to Arizona television audiences. She has been part of the Valley community since the mid 90s. In her career, Fay has covered many major events both here in Arizona and around the world. She traveled to the 2006 Winter Olympics in Torino, Italy, Super Bowls in Miami and Tampa, the 2004 Presidential debates and the Diamondback World Series run in New York City following 9/11.

Fay grew up in Los Angeles and graduated from the University of Miami, Florida. She started her career in Flagstaff, Arizona then moved to Miami before returning to the Valley in 2001.

When she’s not on TV, you can find her hanging out with her husband and kids -- twin boys and a girl -- or watching her Hurricanes play football on Saturdays.

She also loves to travel, and her dream destination is Africa, so she’s saving up her frequent flier miles!