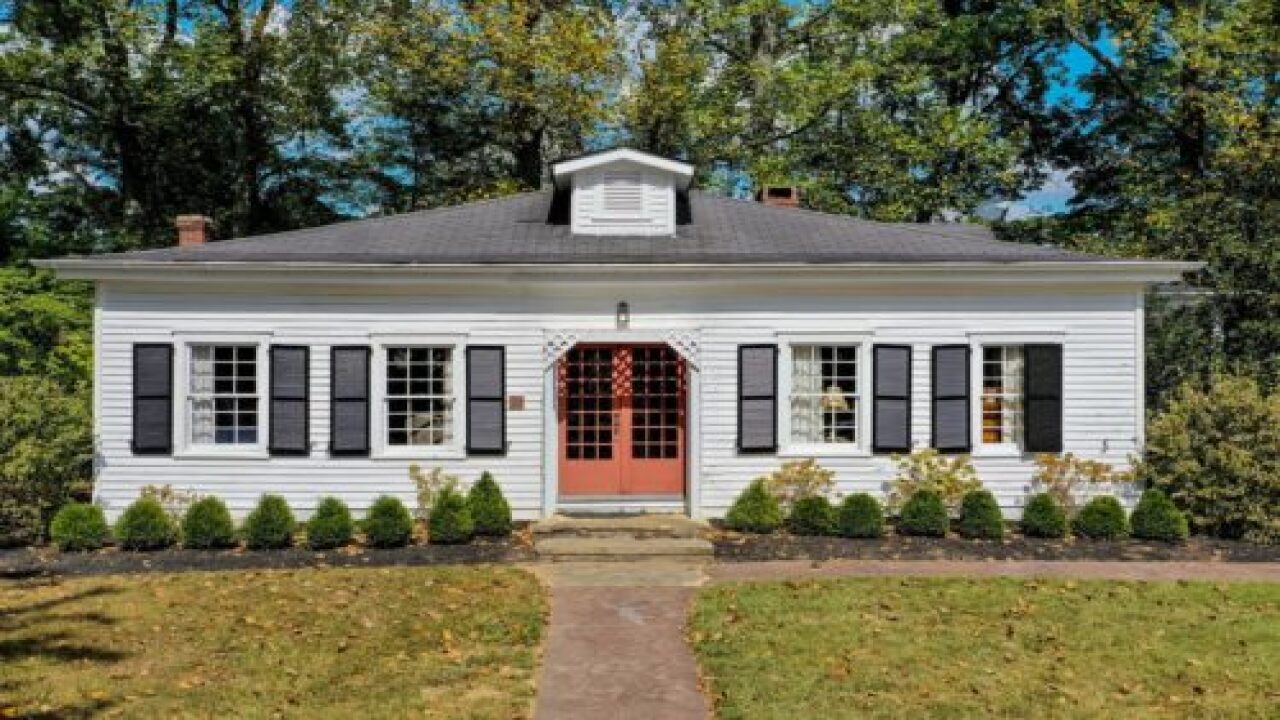 If you’ve ever dreamed about getting up close and personal with Jim Beam’s Kentucky distillery, you may soon have your chance. Starting Oct. 21, a house on the Jim Beam American Stillhouse property in Clermont, Kentucky, will be available to rent on Airbnb for just $23 for one night.

The home, which overlooks Everbach Lake and was built in 1919, has room for six people aged 21 and older. It features three bedrooms and two and a half bathrooms, and it comes with a fully-stocked bar featuring Jim Beam bourbon. It also has a fireplace, a backyard with cowboy cauldron fire pits and nearby fishing docks. Breakfast is provided, but there’s also a kitchen so you can cook your own meals.

You’ll be right near the actual Jim Beam American Stillhouse, a 2012 replica of a 1930s-style stillhouse where visitors can view the bourbon-making process from beginning to end. Those who come to the Stillhouse get guided tours and a retail experience featuring Jim Beam-branded items. The stillhouse also houses a bourbon bar that serves up seasonal cocktails and Fred’s Smokehouse, offering barbecue dishes inspired by Beam family recipes.

“You’ll join the Beam family for a weekend and live like one of Jim Beam’s seven generations of Master Distillers,” reads the Airbnb listing. “This rental property includes the opportunity to explore the Jim Beam American Stillhouse distillery grounds and enjoy a distillery tour and tasting — experiencing the entire bourbon production process and sleeping in a historic and charming Kentucky house on the distillery grounds.”

The $23 a night price is meant to be equivalent to the price of a bottle of Jim Beam Black. But there’s a slight catch, which is that you’ll only be able to book one night. You’ll get to pack a lot into that one night, though, since your stay package does include a tour and a bourbon tasting.

This isn’t the first time Jim Beam has offered $23 promotional stays. Back in June, the company celebrated winning a Beverage Tasting Institute taste test over a $3,000 bourbon by offering $23 trips to bourbon country that included airfare, a two-night stay in a Louisville, Kentucky, hotel, dinner for two, a round of golf and a tour of the distillery.

Since 1795, Jim Beam has been making bourbon, which is known as “America’s native spirit” and must originate in the U.S. About 95% of bourbon production happens in Kentucky. If you love this alcoholic drink, you might want to consider making your stay in Clermont part of a foray on The Kentucky Bourbon Trail, featuring 17 major players in the bourbon culture, or the Kentucky Trail Craft Bourbon Tour, highlighting 20 innovative craft companies reinventing the tradition.

We’re thinking that once this Airbnb opens for bookings, it’ll be inundated with eager bourbon-lovers trying to reserve their one-night stay, so you’ll want to be ready on Oct. 21 if you want to enjoy an evening at this lovely and historic home.

Will you be one of them? If so, best of luck!