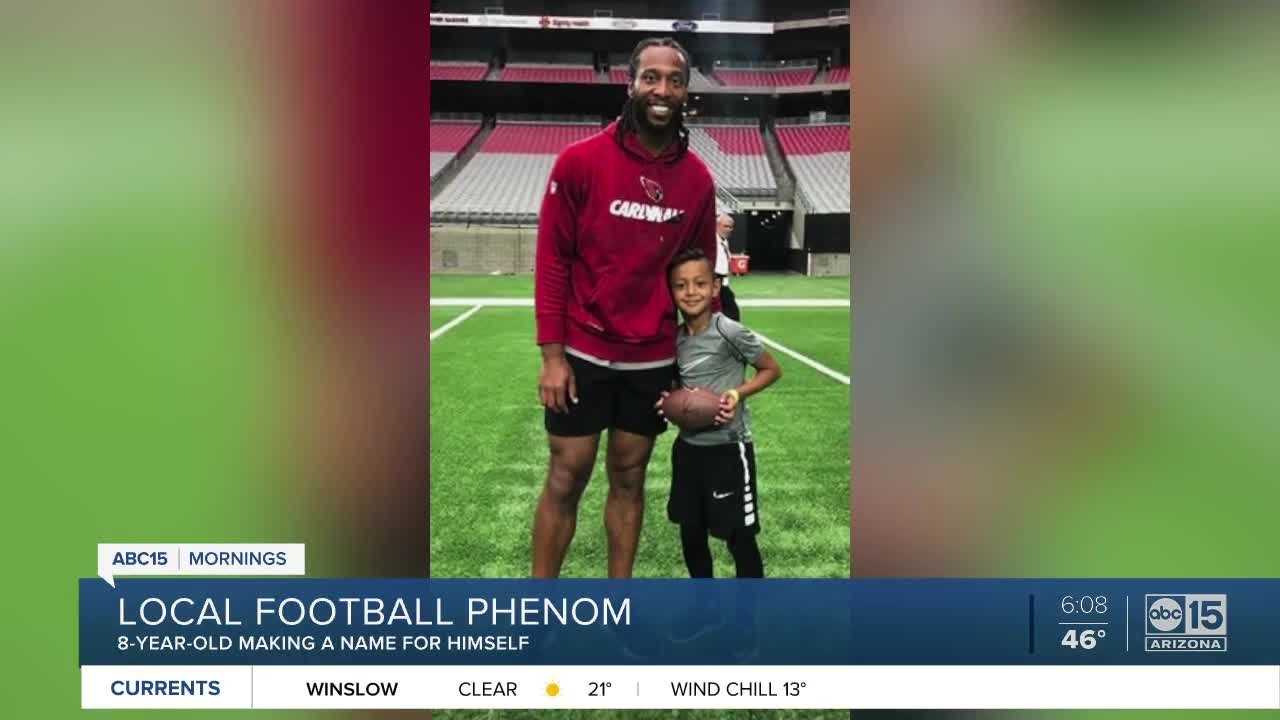 This football star is only 8 years old!

PHOENIX — If you don't look quickly, you may miss him!

He's already got the speed, the agility, and most importantly, the passion.

"I think I was born with it," says Jackson.

But it also takes dedication and drive.

In his free time, this third-grader at Archway Cicero is running drills in the backyard. Jackson also plays for the Arcadia Gridiron Flag Football League, where he recently led the Panthers to a championship.

And he's learning from a young age that it's always a team effort.

"If it was only one person, how could they score or do anything?"

He may be modest, but Jackson's talents have gotten him noticed by some pretty big names like Arizona Cardinals' Larry Fitzgerald and David Johnson. He's also a huge Kyler Murray fan.

And his loyal fans, like his supportive family, are there for every single play.

"To be able to see my son not just be fast, but be a good quarterback and be a kind, humble person with his teammates, it doesn't get much better than that!" explains Stephen Fitch, Jackson's father.