Todd Bowles could return to Arizona as Cardinals head coach

If Steve Wilks is fired, Bowles could replace him 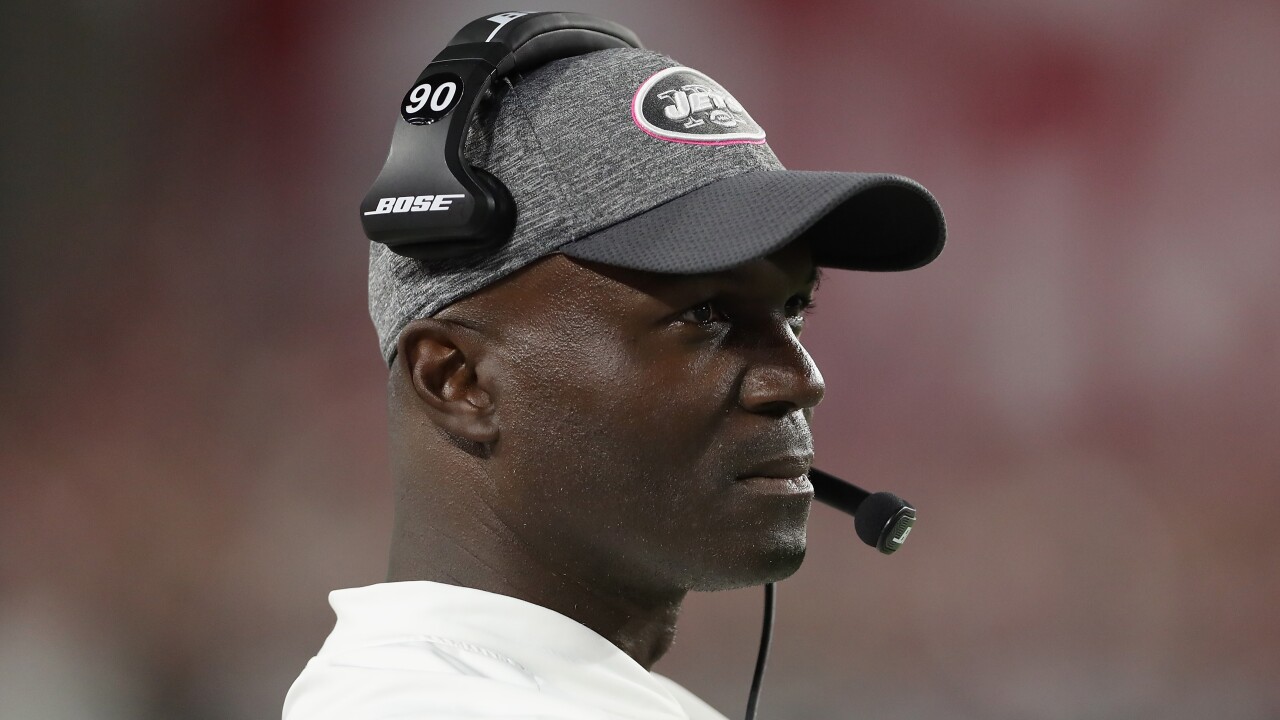 With a 3-11 record in his first 14 games, Steve Wilks' days in the desert could be numbered -- and if they are, the Arizona Cardinals could look to a familiar face to replace him.

Rumors are running rampant that Wilks, who was hired to replace the retired Bruce Arians as Cardinals head coach in January, could be one and done in Arizona. If so, NFL Network's Mike Garafolo said Bowles, who served as Arians' defensive coordinator in Arizona, could be a top candidate to be the Cards' next head guy -- assuming Bowles is relieved of his duties as the head coach of the New York Jets after the season.

"He was a defensive coordinator (in Arizona), and I know for a fact there that they do think highly of him. So, should they make the move on from Steve Wilks, wouldn't be shocked if he's a candidate there," Garafolo said Saturday.

From @gmfb today, Todd Bowles as a head coaching candidate? Really? There’s enough smoke on this one that there might be some fire here. pic.twitter.com/BN7OBYY99Q

The 55-year-old Bowles was the Cardinals' defensive coordinator from 2013-14 and helped build one of the NFL's best defensive units. He accepted the job as Jets head coach after the 2014 season but has posted just a 24-38 record in three-plus seasons, including a 4-10 record this year.

NFL Network's Tom Pelissero also noted Bowles "was highly thought of in Arizona." But Garafolo said he was surprised to learn Bowles would be a candidate for another head coaching job, considering his track record with the Jets.

"I'm not knocking Todd Bowles. I'm just saying when you go 24-38, you're a defensive coach -- we know how the lean is toward offensive coaches in the league -- you start to hear this stuff and you go, 'There's just no way this is right,'" he said. "But you hear it enough that it's time to put it out there."

If the Cardinals make the transition from Wilks to Bowles, it would be one defensive-minded coach replacing another. Wilks served as the Carolina Panthers' defensive backs coach and defensive coordinator before accepting the Cardinals' head coaching position.

Next up for the Cardinals: a home date with the NFC West-leading Los Angeles Rams in Glendale on Sunday.