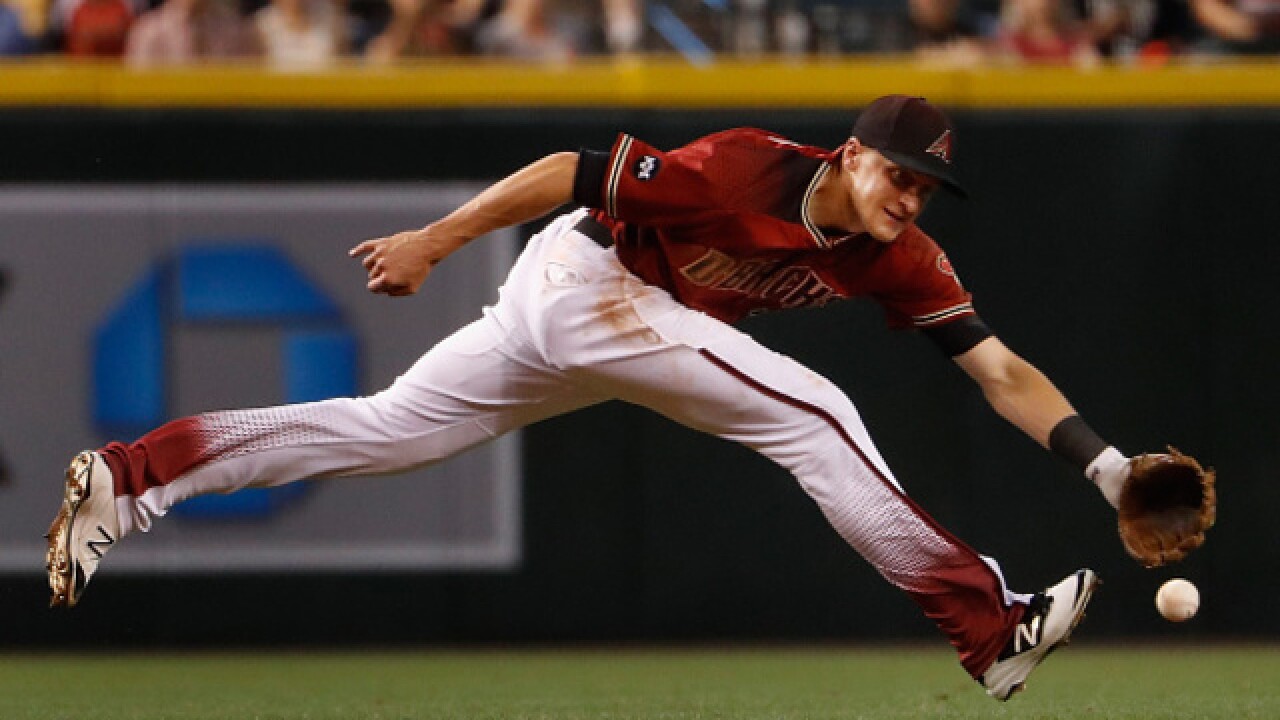 PHOENIX — Two current and one former Diamondbacks players have been recognized with the highest award for defense in the National League.

The award, which is sponsored by the sporting goods company Rawlings, is given to the best player at each position in their respective positions as voted by MLB managers and coaches.

With three winners on the 2019 list, the Diamondbacks have set a club record and are the first team in the National League to have three outright winners since the San Francisco Giants in 2012. The Braves had three winners last year, but first baseman Freddie Freeman shared co-honors for the position with the Chicago Cubs' Anthony Rizzo.

Since 2015, the Diamondbacks have had 10 Gold Glove winners, the most in the majors. The Kansas City Royals are close behind with nine in that time frame and fellow NL West member the Colorado Rockies have seven.

Ahmed takes home the NL Gold Glove at shortstop for the second straight year, and was the teams second-ever shortstop to receive the award last year. Peralta becomes the team's fifth outfielder to win the award, but the first from left field.

Despite being traded to the Houston Astros on July 31, Greinke qualified as a Diamondback by pitching 146 innings before he left Arizona.

The same day the Diamondbacks dealt Greinke, the team also acquired pitcher Mike Leake, who won the AL Gold Glove as a member of the Seattle Mariners. In 10 games after coming to the D-backs, he pitched 60 innings with a 4.35 ERA.