The D-backs made some moves! 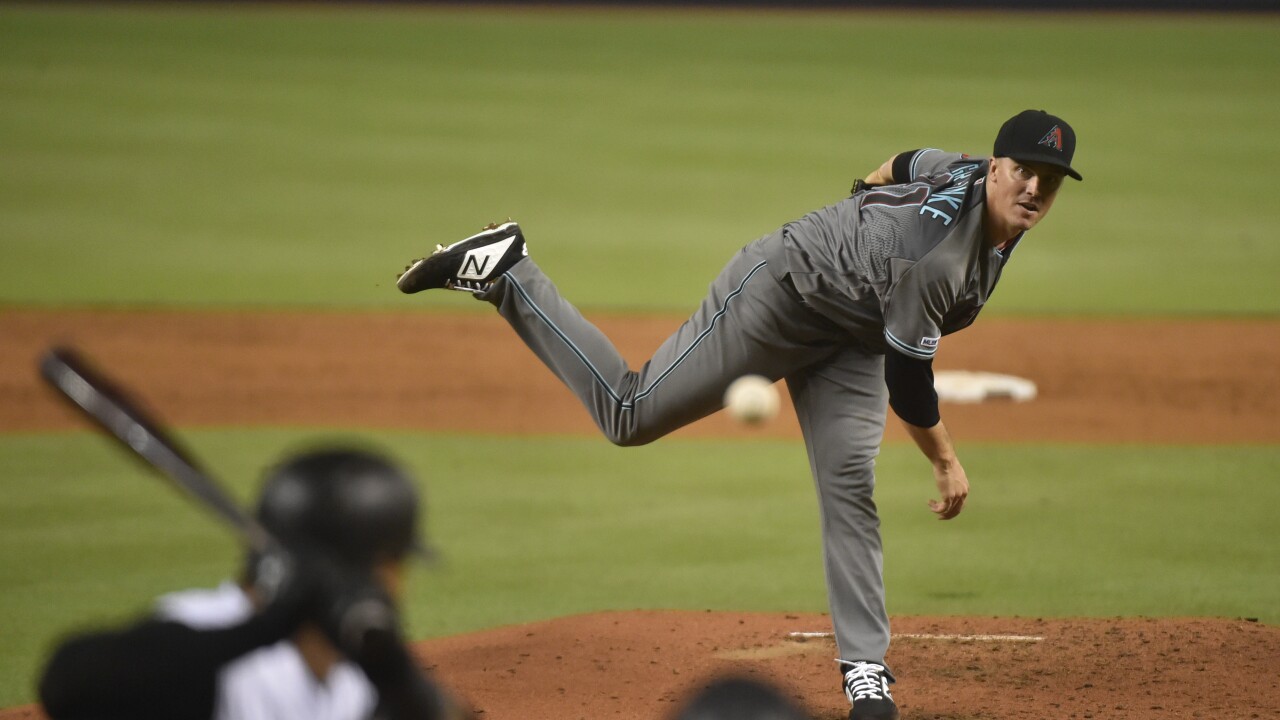 The Arizona Diamondbacks were expected to make some major moves ahead of Wednesday's MLB trade deadline.

They did not disappoint.

Greinke was signed to a six-year, $206.5 million contract by the Diamondbacks before the 2016 season. He comprised over 27 percent of the team's payroll this season. Arizona Sports 98.7 FM's John Gambadoro reported the D-backs will only be responsible for $24 million of the remaining $77 million that Greinke is owed through 2021.

The last look at Greinke in D-backs gear as he moves on to Houston. pic.twitter.com/vv04DqOPfb

The D-backs also acquired a pair of starting pitchers: Mike Leake from the Seattle Mariners, and top prospect Zac Gallen from the Miami Marlins.

The 31-year-old Leake is an ASU alum and Paradise Valley resident. He is 9-8 with a 4.40 ERA this season. Leake was acquired in exchange for minor-league infielder Jose Caballero.

Gallen was acquired in exchange for a top hitting prospect, shortstop Jazz Chisholm. Gallen is 1-3 with a 2.72 ERA in seven starts for the Marlins this season, and he is 9-1 with a 1.77 ERA in 14 starts for Triple-A New Orleans this year. Baseball America has Gallen as its No. 72 overall prospect.

Zac Gallen describes hearing the news he was traded and his reaction to going to the #DBacks for Jazz Chisholm. #Marlins pic.twitter.com/b1TH1N6kQo

The D-backs are 54-55 this season, 3.5 games out of both National League Wild Card spots. Greinke allowed two runs in five innings in the D-backs' 7-5 loss at the New York Yankees on Wednesday.