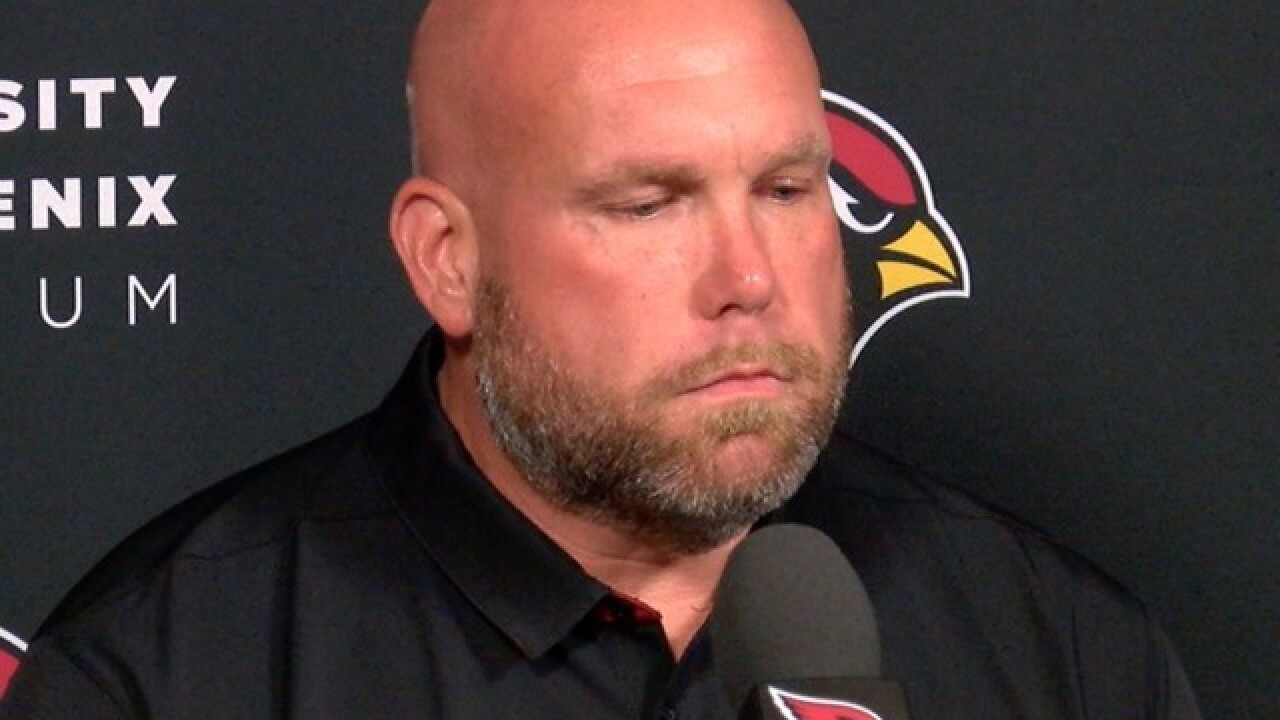 Arizona Cardinals general manager Steve Keim has used the past five weeks to gain perspective on the fallout from his DUI arrest in Chandler on July 4.

Some of that perspective came straight from his son.

"After the reports came out, my 12-year-old son was texting his buddy, and (his friend) said, 'They keep showing your dad over and over again on TV. I’m so sorry he’s having to go through that.’ My son said, ‘I’m not. He shouldn’t have been doing it.,'" Keim told the media when he returned to the Cardinals on Wednesday following his five-week suspension.

"My son was right. I don’t think there’s any feeling that’s worse than feeling like you let your children down," a visibly shaken Keim said.

Keim, who has three sons and a daughter, said he is “extremely remorseful” for his DUI arrest and the past five weeks have been “extremely humbling and embarrassing beyond belief.” He apologized to the team, the fans and his family for the ordeal.

"I do want to take this opportunity to personally apologize to our fan base, the entire Cardinal organization, and most of all, my family. Over the past five weeks, I’ve had quite a bit of time to reflect, which has put quite a bit of things in perspective for me.

"This experience has been extremely humbling and embarrassing beyond belief. It is an honor and a privilege to work in the National Football League and for this great organization, and I failed to live up to the standards and the expectations, and I’m sorry."

After Keim's press conference, he and Cardinals coach Steve Wilks shared an embrace before Wilks himself addressed the media. Wilks said Keim's actions were inexcusable but he commended Keim for how he has responded to it.

"It touched my heart just to hear the mere fact of how it affected his family. When you start talking about kids and things like that, it really hits home," Wilks said.