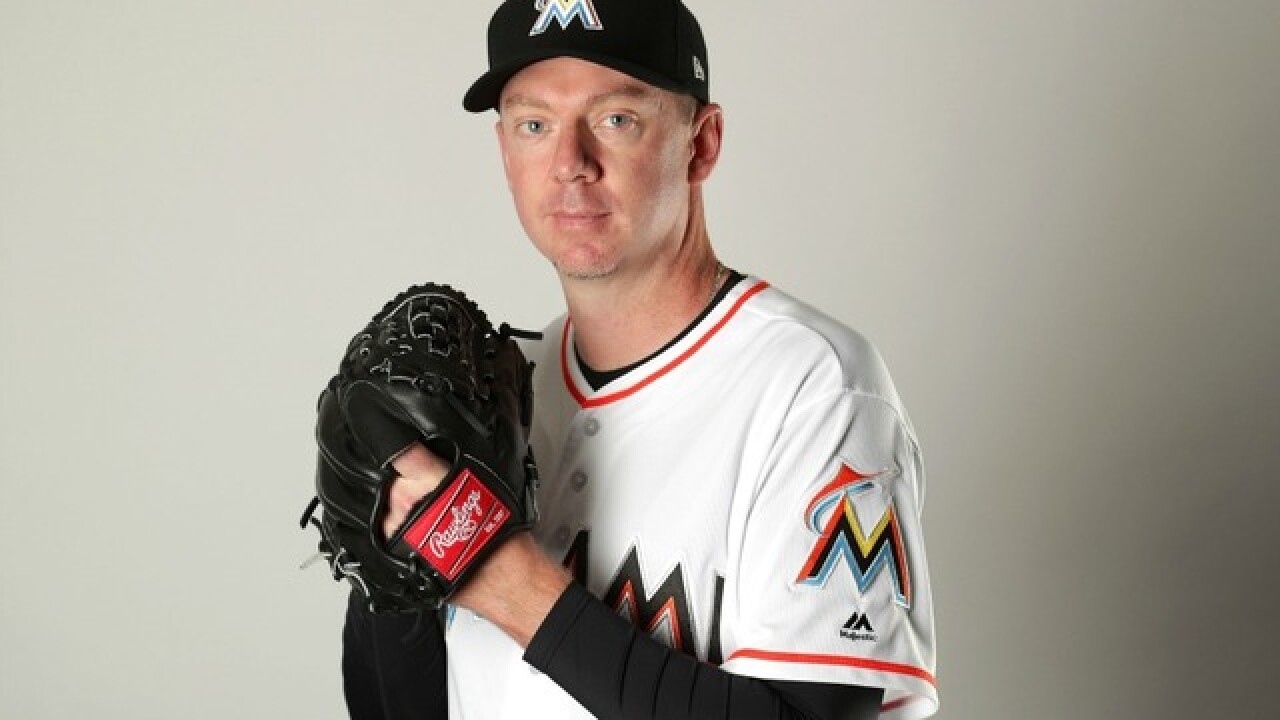 Copyright 2018 Scripps Media, Inc. All rights reserved. This material may not be published, broadcast, rewritten, or redistributed.
Streeter Lecka
<p>Brad Ziegler #29 poses for a portrait at The Ballpark of the Palm Beaches on February 22, 2018 in Jupiter, Florida. (Getty Images)</p>

Less than two weeks after being announced to the Arizona Diamondbacks' 20th Anniversary Team, relief pitcher Brad Ziegler is on his way back to the Valley.

The D-backs have acquired Ziegler in a trade with the Miami Marlins just hours before the MLB trade deadline. Minor-league relief pitcher Tommy Eveld will head to the Marlins as part of the trade. To make room for Ziegler, the D-backs moved pitcher Shelby Miller (right elbow inflammation) to the 60-day disabled list.

When you don't even need to photoshop the jersey. 😁

The D-backs traded Ziegler to the Boston Red Sox during the 2016 season. He is set to become a free agent at the end of this season.

Ziegler was named to the D-backs' 20th Anniversary Team as part of a fan vote this season. He has been an advocate for military members and their families through his organization, Pastime for Patriots, which provides education-related financial assistance to military children, and offers family-friendly activities, including baseball tickets, for military families.

Also on Tuesday, the D-backs acquired relief pitcher Jake Diekman in a trade with the Texas Rangers. The 31-year-old lefty has a 3.69 ERA in 47 appearances for the Rangers this season. He has a career 3.57 ERA during his seven-year MLB career. The D-backs sent minor-league pitcher Wei-Chieh Huang and a player to be named to the Rangers in the trade. The D-backs designated relief pitcher Jorge De La Rosa for assignment to make room for Diekman.

Diekman won't have to travel far in order to join the D-backs, as the D-backs and Rangers are set to play in the second of their two-game series in Phoenix on Tuesday night. The Rangers defeated the D-backs 9-5 on Monday night thanks in part to Diekman's perfect ninth inning.

In fact, after he was traded, Diekman became the first D-backs pitcher to use the bullpen cart introduced this season.

Last week, the D-backs traded for Twins infielder Eduardo Escobar in an effort to boost their postseason chances.

The D-backs are looking to advance to the postseason in back-to-back years for the first time since 2001-02. They made the playoffs as a Wild Card team last season.