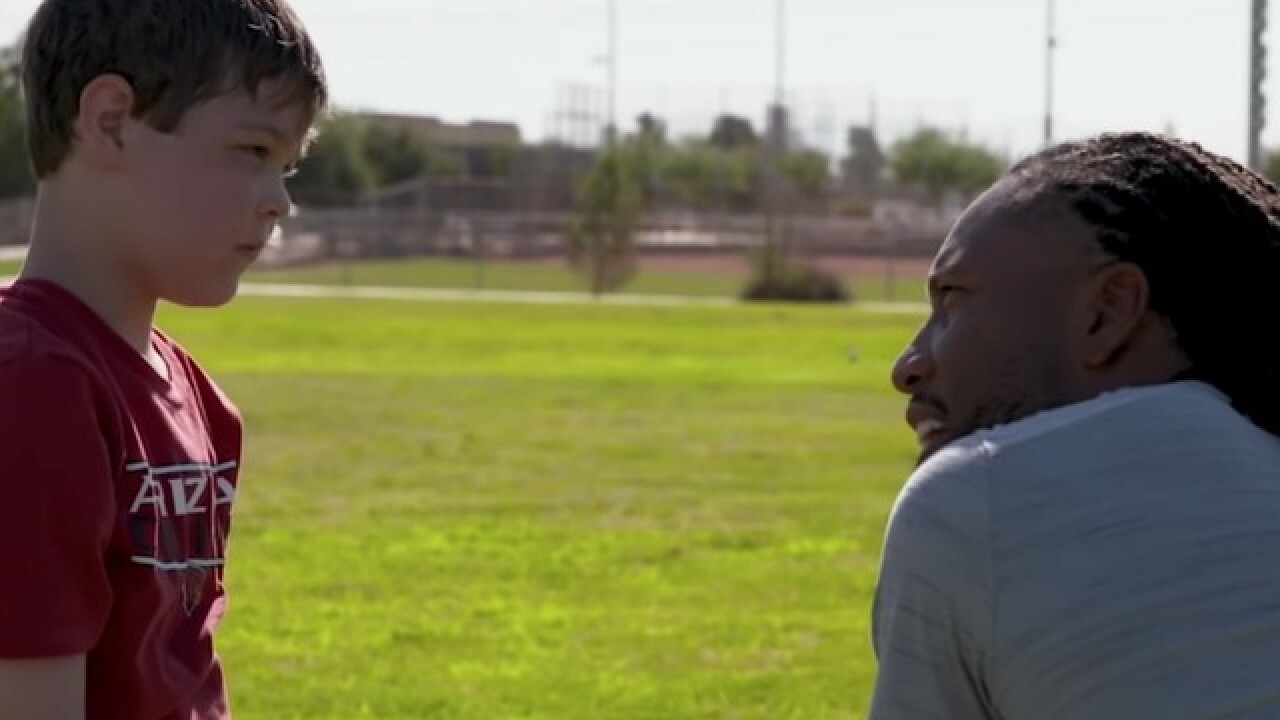 Copyright 2018 Scripps Media, Inc. All rights reserved. This material may not be published, broadcast, rewritten, or redistributed.
<p>(Via ESPN)</p>

If you're an Arizona Cardinals fan, you probably don't need another reason to love Larry Fitzgerald.

Too bad. Here's another one anyway.

As part of ESPN's "My Wish" series, the future Hall of Famer spent two days with 7-year-old Tennyson Erickson from South Dakota, whose wish was to meet Fitzgerald, his favorite football player.

Fitzgerald sent Tennyson a care package with some Cardinals gear and flew him out to Phoenix to visit the team's training facility in Tempe. When Tennyson met Fitz, he was given his very own Cardinals jersey (No. 11, of course) and met some of Larry's teammates. Tennyson told Fitzgerald that his dream is to play for the Cardinals, just like Larry.

SEE ALSO: Larry Fitzgerald won't play for anyone but the Cardinals

Cardinals team president Michael Bidwill signed Tennyson to an actual 1-year NFL player contract. As he signed, Tennyson sat in the same seat that rookie quarterback Josh Rosen sat in when he signed his contract with Arizona. "You are officially the youngest Cardinal I ever signed," Bidwill informed the young man.

Tennyson then joined Fitzgerald and the Cardinals for a day of minicamp in Tempe. At one point, Fitz called Tennyson on to the field for a play. Tennyson took a handoff from Rosen and scored a touchdown as Fitzgerald blocked for him. Tennyson did a touchdown dance before he was lifted in the air by his hero.

Inspired by Tennyson’s courage and heart in the face of adversity...we can all learn something from his spirit 🙏🏾 Can't wait to see him againhttps://t.co/ykBEUgAQOc