WATCH: Josh Rosen's 1st-ever pass on the road is a 75-yard touchdown 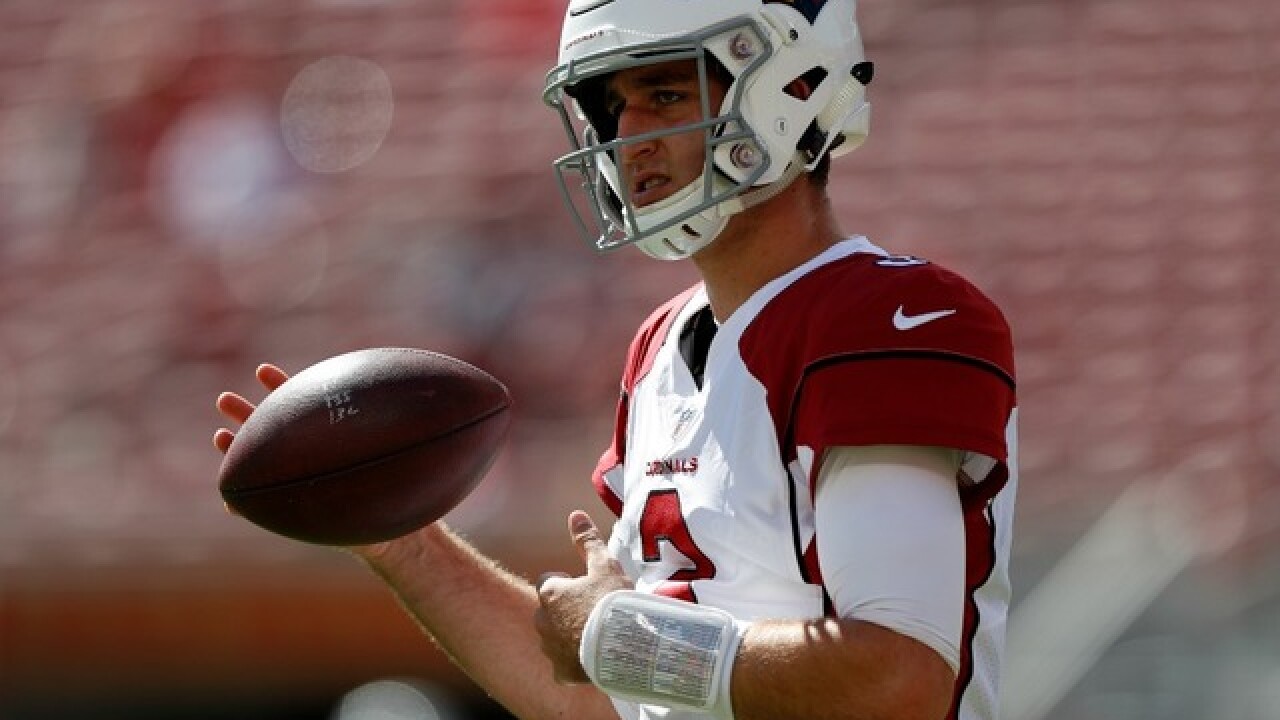 Copyright 2018 Scripps Media, Inc. All rights reserved. This material may not be published, broadcast, rewritten, or redistributed.
Jason O. Watson
<p>Josh Rosen #3 of the Arizona Cardinals warms up prior to their game against the San Francisco 49ers at Levi's Stadium on October 7, 2018 in Santa Clara, California. (Getty Images)</p>

As far as road debuts go, this one couldn't have started off better for Josh Rosen.

Making his second-ever NFL start, and his first away from home, the 21-year-old first-round draft pick threw a 75-yard touchdown pass to fellow rookie and Scottsdale native Christian Kirk on the Cardinals' very first offensive play of the game at the San Francisco 49ers. The speedy Kirk starred at Saguaro High School in Scottsdale.

Rosen looked sharp in his debut last weekend vs. the Seattle Seahawks, completing 15 of 27 passes for 180 yards and a late fourth-quarter touchdown that tied the game.