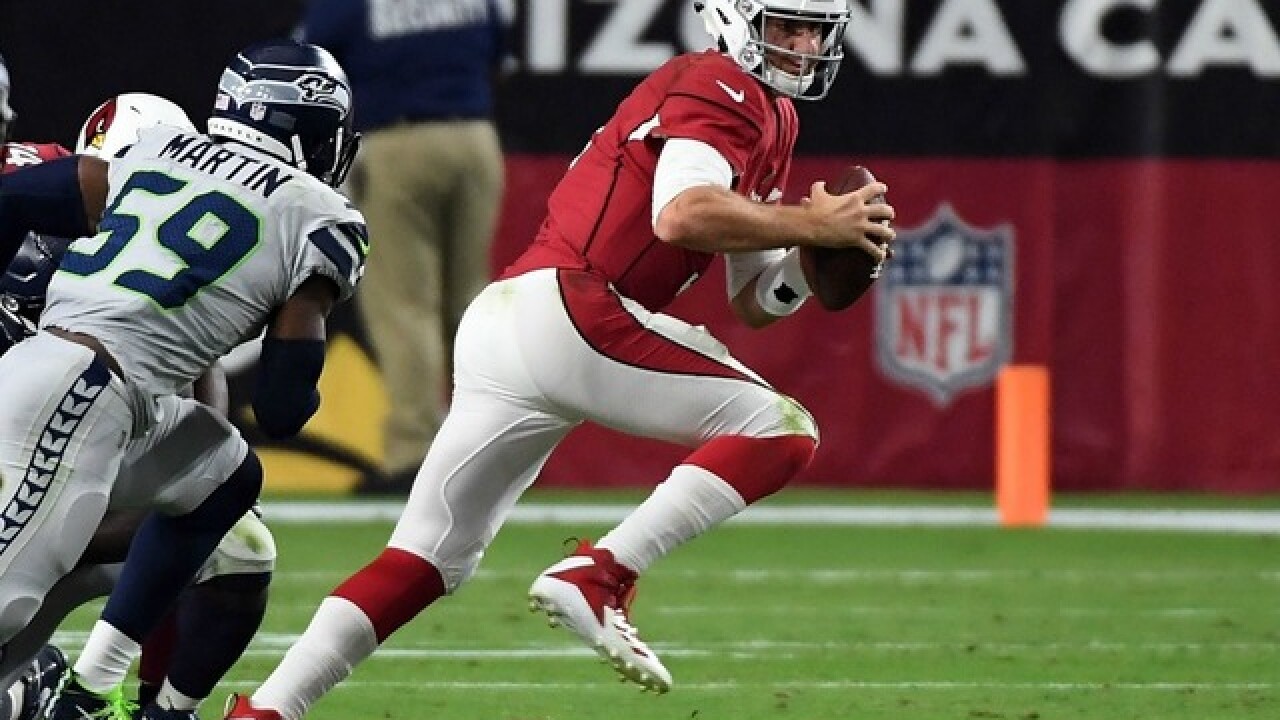 Josh Rosen was as good as any reasonable Arizona Cardinals fans could have expected in his first NFL start.

But the Cardinals fell in the final seconds to the Seattle Seahawks on Sunday thanks to some late-game mistakes, as well as another -- to put it nicely -- questionable call from the Cards coaching staff.

Rosen was outstanding for most of the game, but the box score doesn't tell the whole story. He completed 15 of 27 passes for 180 yards and a fourth-quarter touchdown that tied the game. But Rosen was also the victim of several dropped passes throughout the game, including a pair by, of all people, Larry Fitzgerald.

But with all that adversity, Rosen -- the youngest player ever to start at QB for the Cardinals -- still managed to tie the game on a 22-yard TD strike to Chad Williams with 8:59 to play.

The Cardinals got a stop on defense on Seattle's next possession, and when Arizona got the ball back, Rosen engineered a drive that looked to be a game-winner for the Cardinals. He completed a brilliant pass to Seals-Jones for a 21-yard gain to move into Seattle territory.

But as the clock wound down, the Cardinals got conservative, choosing to run the ball on three straight plays, including on a third-and-6, to settle for a field goal. However, there were still two minutes on the clock, and the Seahawks have Russell Wilson at quarterback.

Had the Cardinals allowed Rosen to throw the ball, he would have had a chance to get the Cards a first down and run the clock all the way down before a field-goal attempt. By running the ball, the Cardinals seemed content to give Seattle the ball back with plenty of time for Wilson to do some damage.

Mike McCoy is the Cardinals' offensive coordinator, but head coach Steve Wilks took ownership of the play calling after the game.

"I wanted those guys to use their timeout," Cardinals coach Steve Wilks said after the game. "I felt very comfortable from a standpoint of where we were on the field.

"Every decision is my decision. It was on me. Again, I felt like we were in a good situation from the standpoint of a field goal."

The problem: Cardinals kicker Phil Dawson missed the field goal, his second miss of the game. Wilson then promptly and predictably marched the Seahawks down the field to set up a game-winning kick for Sebastian Janikowski, who did not miss from 52 yards out.

Arizona's ultra-conservative approach came one week after the Cardinals handed the ball to rookie and backup running back Chase Edmonds on an important third-down play vs. the Bears, rather than giving the ball to star running back David Johnson. Edmonds lost three yards on the play, and the Cardinals were unable to get into range to try a potential game-winning kick.

Cardinals fans certainly have to be encouraged by Rosen's play. It could mean big things for the team going forward. But the bottom line is Rosen wasn't allowed to finish what he started for the Cardinals on Sunday, and that's a shame.