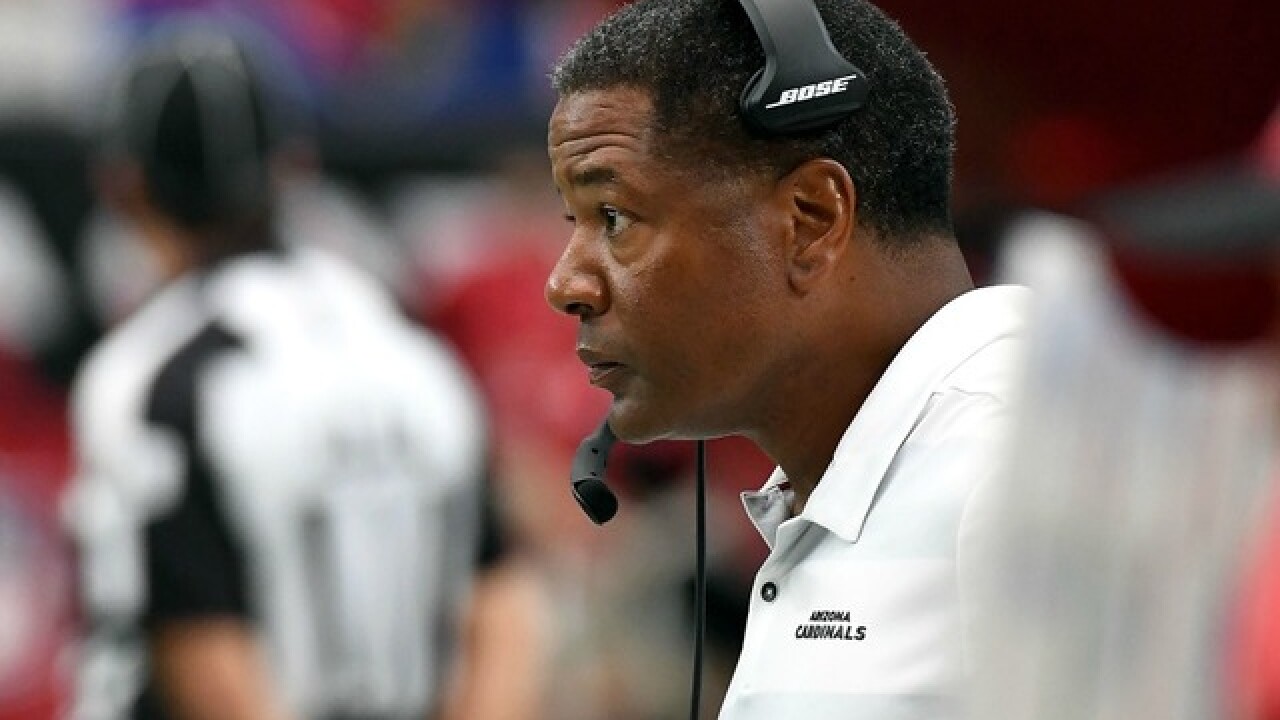 Media questioned Arizona Cardinals head coach Steve Wilks about one specific play late in the Cardinals' 16-14 loss to the Chicago Bears that directly led to the defeat.

Rookie quarterback Josh Rosen made his NFL debut for the Cardinals with less than five minutes to play and the Cards trailing by two points. Rosen was effective in moving the Cards down the field, completing three passes for 27 yards. But on third and 2, the Cards decided to run the ball with rookie running back Chase Edmonds, who was stuffed by the Bears defense for a 3-yard loss.

Even more eye-catching was the fact that the Cards' top running back, David Johnson, wasn't even on the field for the play. He was back on the field for the Cardinals' fourth-down play, but Rosen's pass intended for Christian Kirk was intercepted to effectively seal Arizona's defeat.

"We have total confidence, No. 1, in Chase as well as David. We thought the call right there was good," Wilks said in defense of the third-down call. "And I don’t think it was really who was in the game; it was penetration up front. (They’ve) got to do a better job for us blocking in that situation."

Wilks was then asked: Why wasn't Johnson in the game for that play?

"As I just stated right there, OK, we feel very confident in Chase, in the call that we had, and we felt he could get the yardage that we needed," Wilks said. "We didn’t do our job up front. It was leakage up front. We’ve got to do a better job up front blocking."

To be fair, Johnson didn't have much luck running the ball throughout the game, as he was held to 31 yards on 12 carries, though he did catch a 21-yard touchdown pass in the first quarter. Edmonds rushed for 10 yards on five carries.

The Cardinals jumped out to a 14-0 lead over the Bears, but a lackluster offense, turnovers and costly penalties kept the Cards off the scoreboard for the rest of the game.

"The biggest thing is we need to learn how to finish," Wilks said after the game. "We've just got to sustain drives, we've got to make sure that we convert on third down, and we've got to do a much better job of protecting and coming off the ball up front."