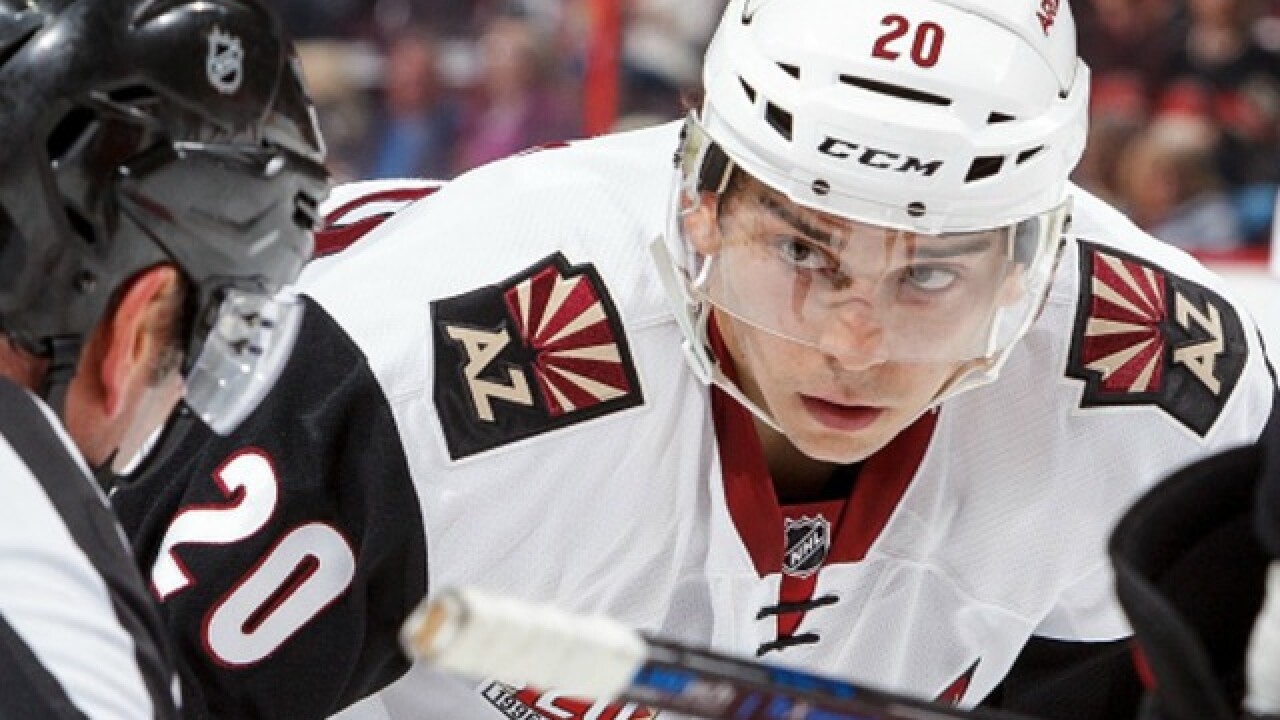 Copyright 2017 Scripps Media, Inc. All rights reserved. This material may not be published, broadcast, rewritten, or redistributed.
<p><span style="color: rgb(26, 26, 26); font-family: "Helvetica Neue", Helvetica, Arial, sans-serif;">Dylan Strome #20 of the Arizona Coyotes looks on during a faceoff against the Ottawa Senators in his first NHL game at Canadian Tire Centre on October 18, 2016 in Ottawa, Ontario, Canada. (Getty Images)</span></p>

Here's something you don't see every day -- or every year, for that matter.

In the third period of the Erie Otters' game vs. the London Knights in the Ontario Hockey League, Otters center and Arizona Coyotes prospect Dylan Strome had his stick stolen by a Knights defenseman who had just lost his own stick.

Instead, Strome, the No. 3 overall pick in the 2015 NHL Entry Draft, chose option D: He picked up the defenseman's stick from off the ice and buried a puck in the back of the net with it.

We're not sure what must have felt better for Strome: Scoring that goal or returning the stick to the shamed defenseman (at the 50-second mark) afterwards.

Strome, an Ontario native, has scored 15 goals in 20 games for the Otters this season, but none must have been quite as sweet as that one.

NOTE: This isn't the first time a player scored with an opponent's stick. The Anaheim Ducks' Bobby Ryan did the same vs. the Minnesota Wild several years ago.