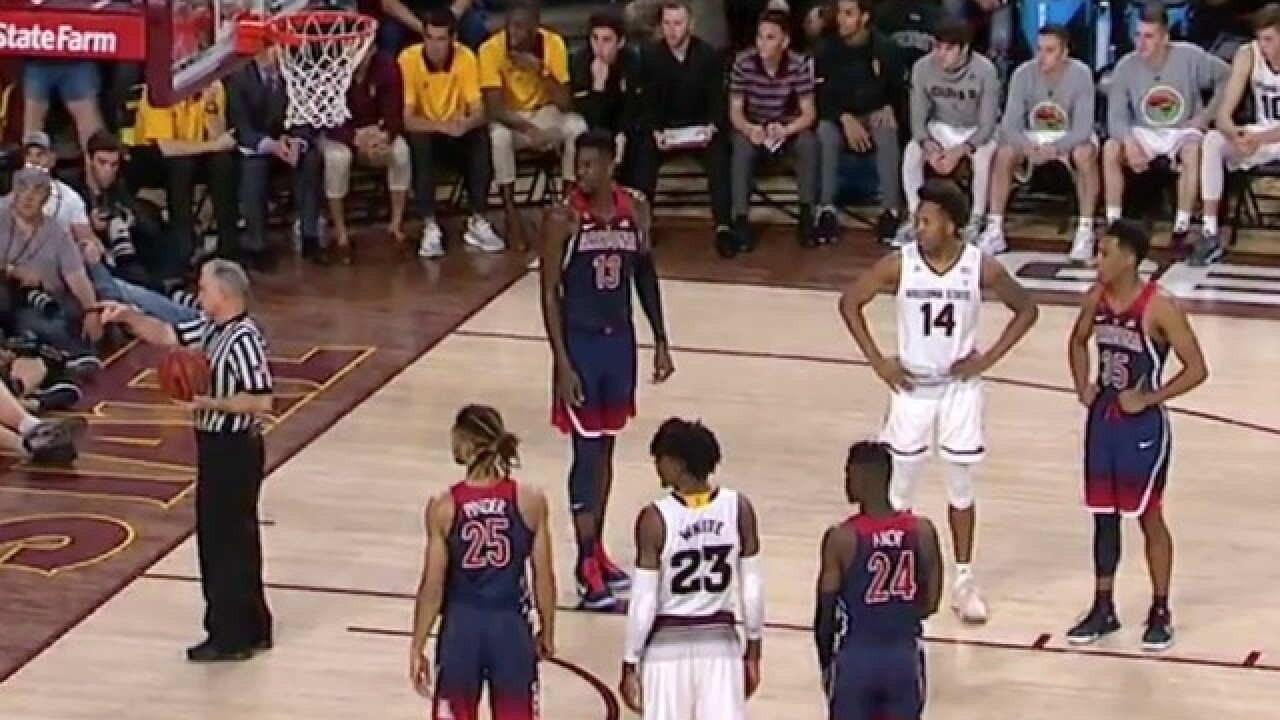 Regardless of the sport, the Arizona-Arizona State rivalry has had plenty of odd moments.

But this one? We're pretty sure it's a first.

In the second half of Thursday night's big basketball game between the No. 17 Wildcats and No. 25 Sun Devils, a male UA cheerleader was ejected by an official while ASU freshman Remy Martin was shooting free throws. According to ESPN, the cheerleader yelled "not today, Remy" through his megaphone before Martin's free-throw attempt.

ESPN's Molly McGrath, who was standing next to the cheerleader during the ejection, said the man was "heckling and saying some inappropriate things," and was thus asked to leave.

The ref ejected the cheerleader!?!
Via @sportscenter pic.twitter.com/sqKrJpH1AR

As fate would have it, UA trailed ASU 50-47 when the cheerleader was ejected, but outscored ASU 30-20 the rest of the way to go on to defeat the Devils 77-70 in front of a sold-out crowd in Tempe.