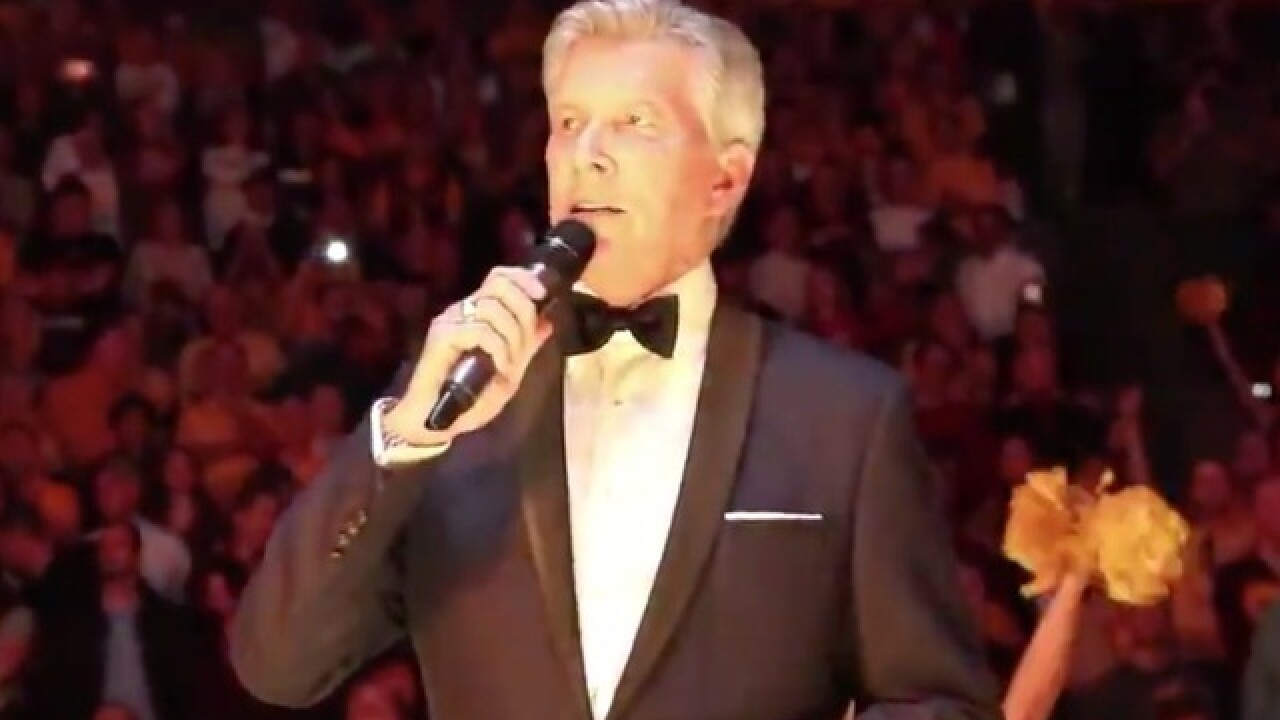 Copyright 2018 Scripps Media, Inc. All rights reserved. This material may not be published, broadcast, rewritten, or redistributed.
<p>Via @TheSunDevils/Twitter</p>

The No. 25 Arizona State Sun Devils didn't come away with a win over their in-state rivals Thursday -- but they enjoyed one heck of a pregame introduction.

Legendary ring announcer Michael Buffer took center court to introduce ASU's starting lineup before the big game vs. the No. 17 Wildcats -- and of course, he threw in his trademarked "Let's get ready to rumble" phrase at the end.

🗣🗣🗣 LET'S GET READY TO RUMBLE‼️@Michael_Buffer 🎤🥊 with the intros for tonight's game! pic.twitter.com/whuLRd66Hs

ASU rallied from a 17-point deficit in Thursday night's game in front of a VERY loud Wells Fargo Arena crowd, but the Wildcats put a damper on the evening by pulling out a 77-70 victory.