VIDEO: Sewage spills on to Dodger Stadium during game 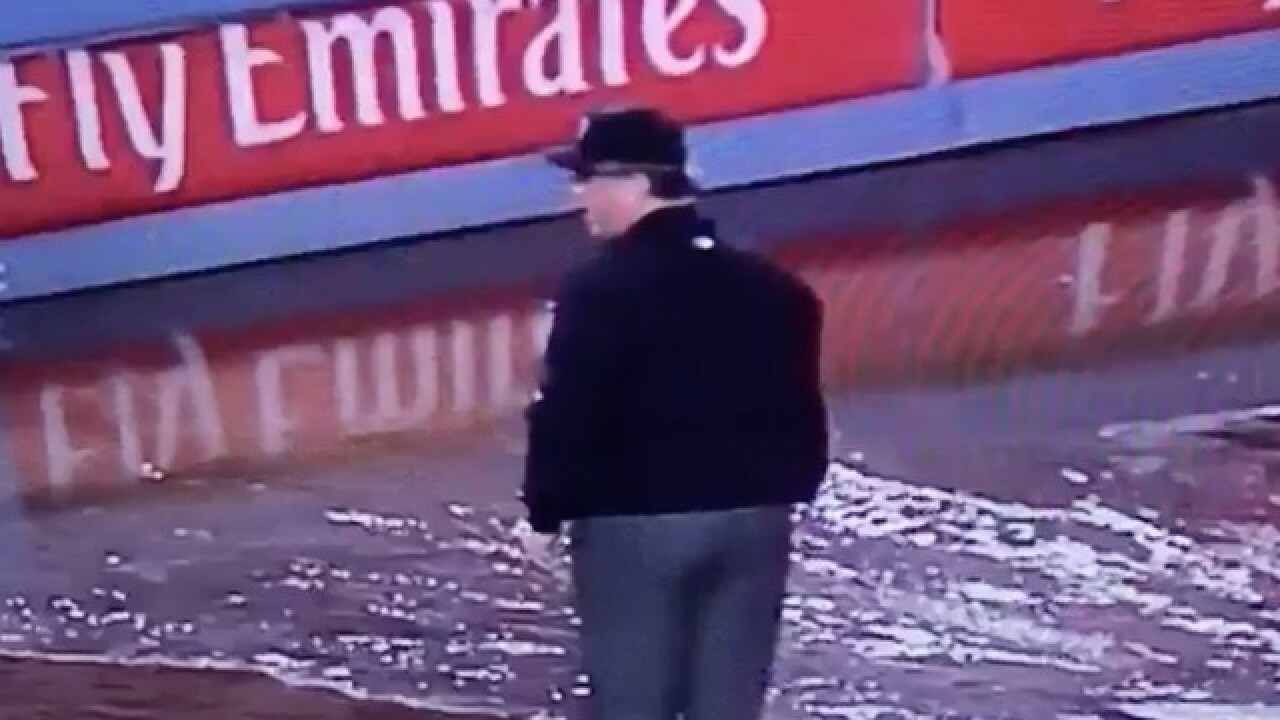 For years now, we've heard about how Chase Field is in need of repairs. We've heard how the D-backs and Maricopa County are fighting over upkeep, upgrades and repairs.

But compared to other ballparks, let me tell you: Chase Field is a dreamland, complete with its own pool.

Well, Dodger Stadium has a new look this season: Late Tuesday night, the team added a cesspool. Not as inviting as the D-backs' pool, but it'll keep things cool.

Yep: During the fifth inning of Tuesday's Dodgers-Angels exhibition game, a burst pipe led to sewage being spilled on to the field, and the game had to be called early.

Smell ya later Dodgers, it's been fun. Next stop: Oakland! #OpeningDay pic.twitter.com/dCAwJb6R3D

A brown mess of sewage was coming up out of the ground just outside the Dodgers' dugout -- but unlike the Chase Field pool, none of the Dodgers wanted to jump in.

And here's the best part: The Dodgers are scheduled to host the Giants on Thursday night.

I said it last fall: The Dodgers stink. Now, I can back that up.

Talk about getting into foul territory...