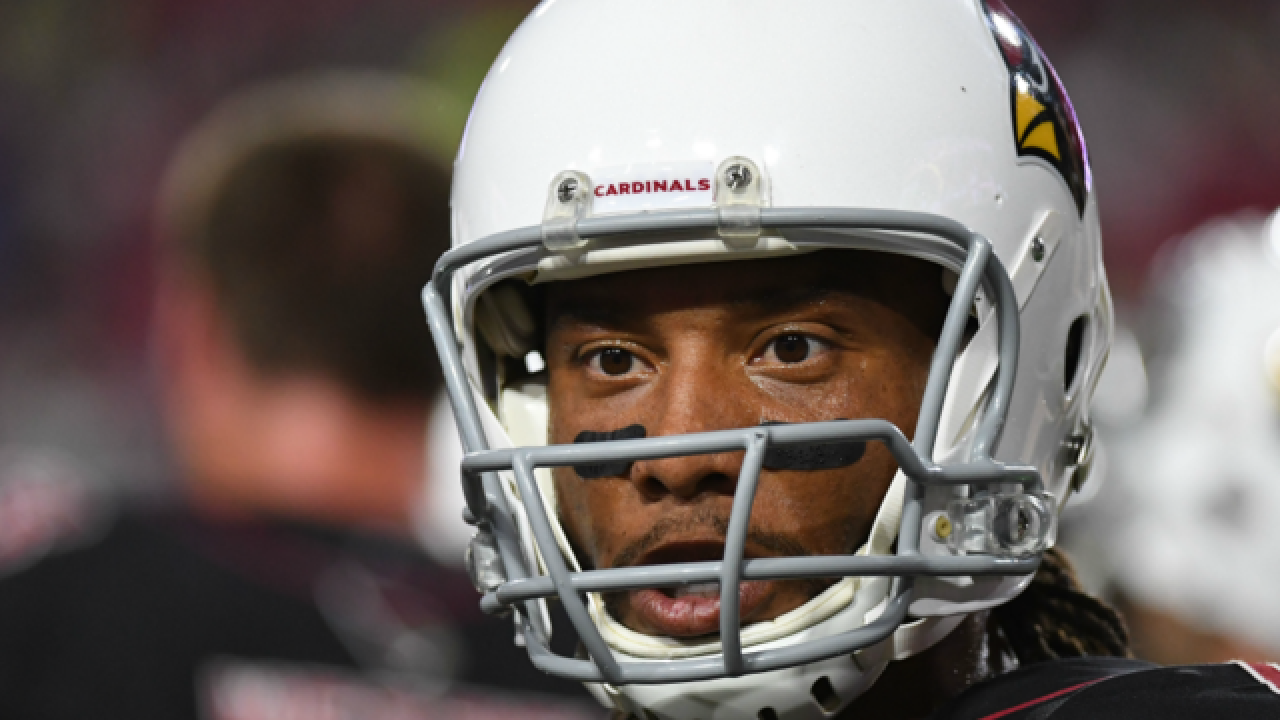 Copyright 2017 Scripps Media, Inc. All rights reserved. This material may not be published, broadcast, rewritten, or redistributed.
<p>Wide receiver Larry Fitzgerald #11 of the Arizona Cardinals reacts on the field prior to the NFL game Seahawks at University of Phoenix Stadium on November 9, 2017 in Glendale, Arizona. (Getty Images)</p>

Dr. Robert Johnson was an optometrist and fellow emeritus of the College of Optometrists in Vision Development who worked Fitzgerald through vision-therapy training when he was a child. Dr. Johnson was also a lieutenant in the U.S. Army Johnson and received a Purple Heart for his service in the Korean War.

On Sunday, before the Arizona Cardinals faced the Kansas City Chiefs, Fitzgerald took time to remember all Americans who lost their lives serving their country -- and he also honored his grandfather, who passed away in 2010.

"Thank you to all of those who serve this nation... we couldn't live the lives we live without your bravery," Fitzgerald tweeted before posting the Purple Heart, patches and photos that belonged to his grandfather.

Thank you to all of those who serve this nation...we couldn't live the lives we live without your bravery 🇺🇸🙏🏾 Thank you for all that you do #VeteransDay pic.twitter.com/deaT7fyNg3

These belonged to my late grandfather Dr. Robert Johnson who served in the Korean War...remembering and honoring you today 🙌🏾 pic.twitter.com/uSNflc5g9U

This isn't the first time Fitzgerald has taken time to remember his grandfather; he posted a photo of the two of them in 2014.

Fitzgerald went on to have a memorable Veterans Day performance Sunday. Despite the Cardinals' loss, Fitz moved into second place on the NFL's all-time receiving yards list, behind only the legendary Jerry Rice.