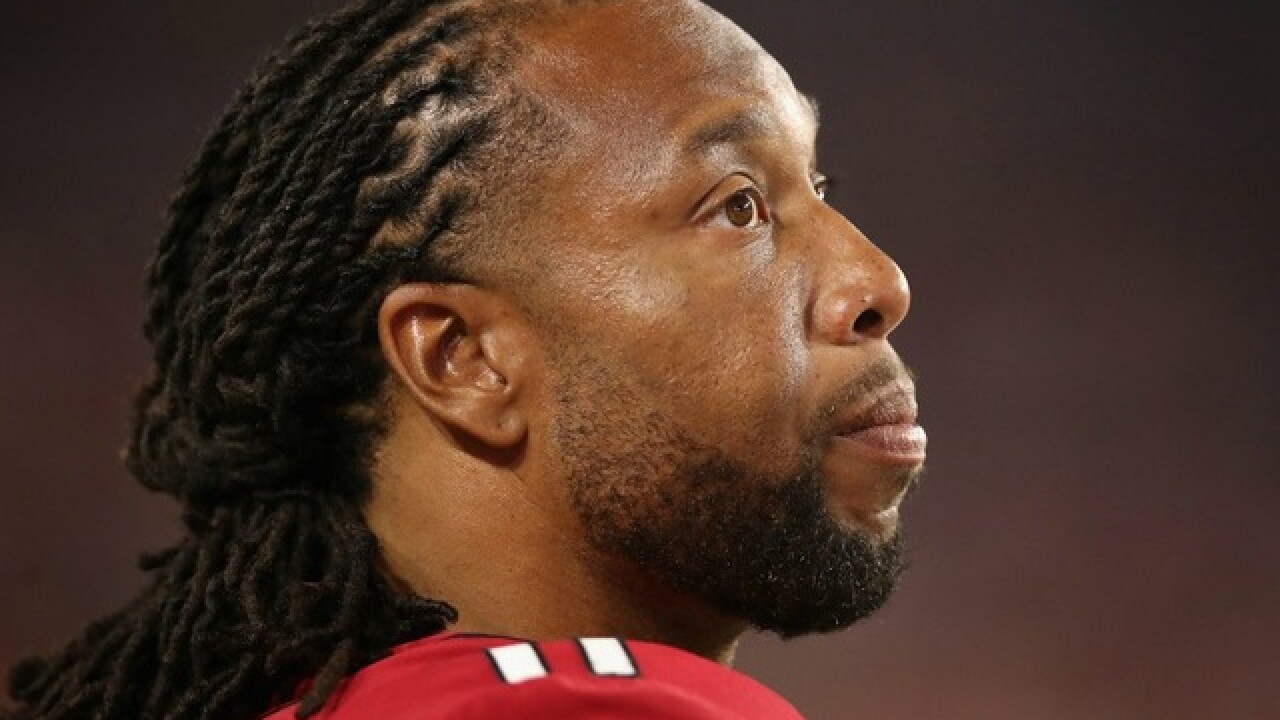 Copyright 2018 Scripps Media, Inc. All rights reserved. This material may not be published, broadcast, rewritten, or redistributed.
Christian Petersen
<p>Wide receiver Larry Fitzgerald #11 of the Arizona Cardinals on the sidelines during the preseason NFL game against the Denver Broncos at University of Phoenix Stadium on August 30, 2018 in Glendale, Arizona. (Getty Images)</p>

The Arizona Cardinals came up short in their tough road test at the Kansas City Chiefs on Sunday, but their future Hall of Fame wide receiver continued to climb the record books.

With a 15-yard catch late in the fourth quarter of Sunday's 26-14 loss to the Chiefs, Larry Fitzgerald moved into second place on the NFL's all-time receiving yards list, passing Terrell Owens on the list. He now trails only Jerry Rice, who has a ridiculous 22,895 career receiving yards.

For the game, Fitzgerald had six catches for 50 yards. After the game, he received congratulations from the only man in front of him in the record books.

There's a new No. 2 on the @NFL's all-time receiving yardage list!

What a career it's been for @LarryFitzgerald.

His first career TD: this acrobatic grab on Oct. 10, 2004.pic.twitter.com/jCBrkP1w5w

Fitzgerald is also toward the top of other lists. He is third in NFL history in total receptions behind only Rice and Tony Gonzalez, and he has caught a pass in 220 consecutive games, second only to Rice on that list, as well.

These Cards fans in KC were prepared for the @larryfitzgerald milestone pic.twitter.com/aLYk3KoDjl