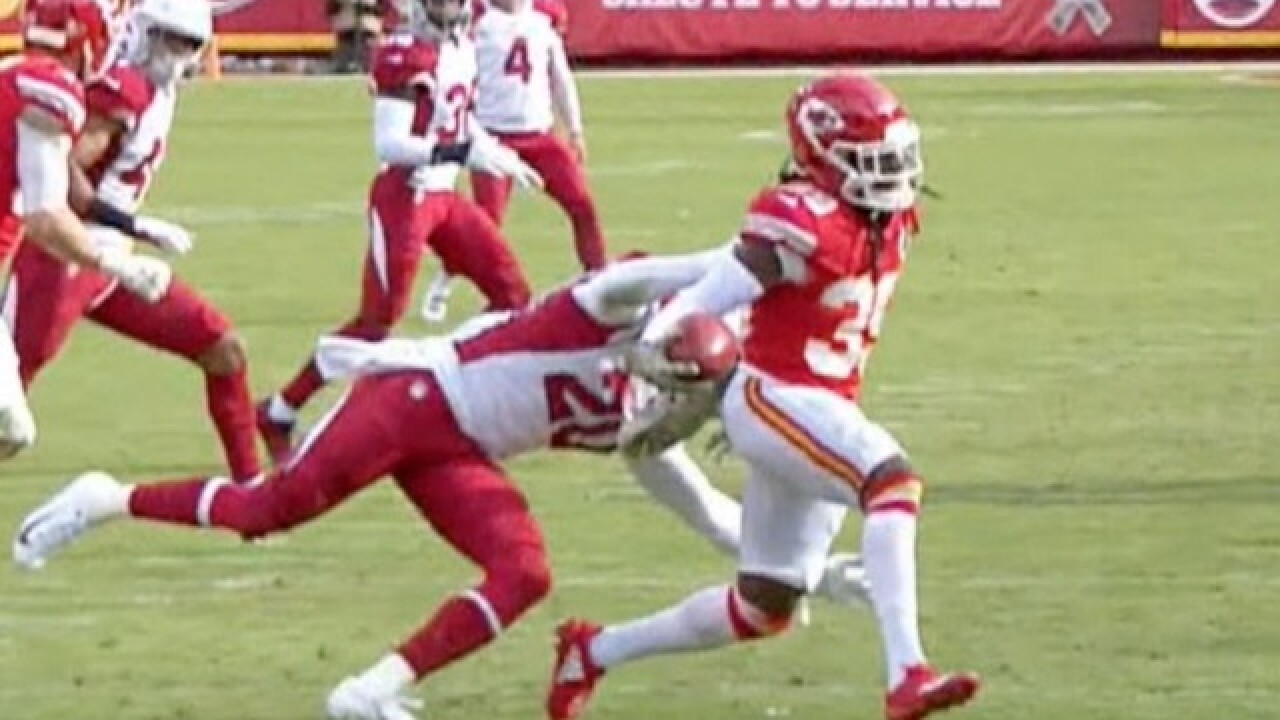 Copyright 2018 Scripps Media, Inc. All rights reserved. This material may not be published, broadcast, rewritten, or redistributed.
<p>CBS</p>

Coming into Kansas City as massive underdogs, the 2-6 Arizona Cardinals threw everything they could at the 8-1 Chiefs on Sunday.

That included a vicious, but legal, tackle on a kickoff return by Cardinals linebacker Deone Bucannon.

After the Cards scored in the third quarter to cut Kansas City's lead to 20-14, Chiefs kickoff returner Tremon Smith was pulled to the ground by Bucannon by his hair. A penalty flag was originally thrown as one official thought Bucannon brought Smith down by his collar, which is illegal. However, officials conferred and agreed Smith was tackled by his hair, with is a perfectly legal play.

"You wanna wear your hair long? It hurts when they tackle you by it," said former Cardinals coach Bruce Arians, who was calling Sunday's game on CBS.

The Cardinals are going to lose, but Deone Bucannon did this in the third quarter. pic.twitter.com/QSxh3sC8b6

Smith and the Chiefs got the last laugh Sunday, as they went on to defeat the Cardinals at home 26-14.