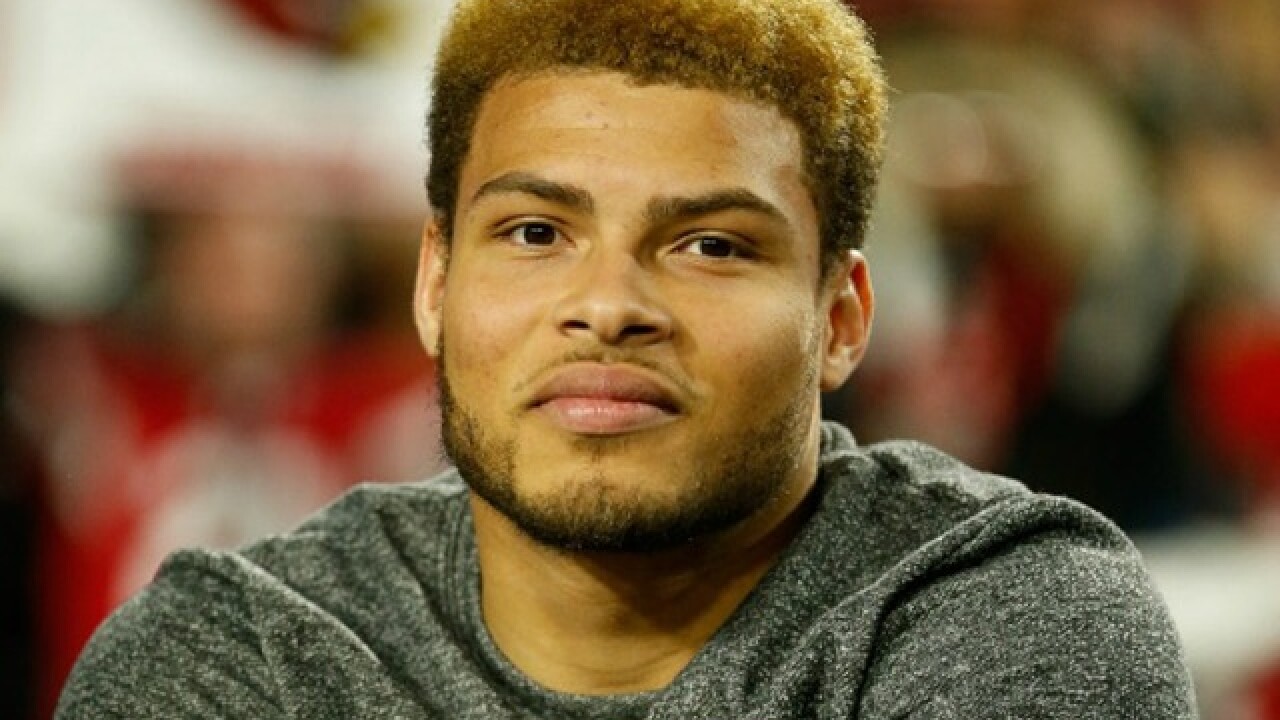 Mathieu was selected by the Cardinals in the third round of the 2013 NFL Draft, and he went on to become a Pro Bowl and All-Pro selection in Arizona. But the Cardinals released Mathieu in March after the two sides couldn't agree on a restructured contract.

In the letter, the Honey Badger recalled the day he was drafted by the Cardinals and took time to mention some of the players who embraced him when he arrived. He said he was "kind of hurt" when the Cardinals decided to release him in March.

Mathieu also went back further in his life by recalling the awful conditions he and his family, as well as other New Orleans residents, experienced following Hurricane Katrina's landfall in New Orleans in 2005:

After Katrina hit, my family lost everything and we were forced to live in a shelter in Northern Louisiana for two weeks. The conditions there were terrible. I was just 13 at the time, but even all these years later there are still a lot of things ingrained in my mind from that experience. We had to eat these beans that were as hard as bullets. I can still feel the crunch in my mouth when I think about it. I watched a baby fall off four bunk beds that were stacked on top of each other, crying the whole way down. There were all sorts of drugs, fights and destruction all around me. Just desperate, desperate people in a desperate situation.

Mathieu noted his family was soon relocated near Houston, where he decided to sign after he and the Cardinals couldn't reach an agreement on a restructured contract.

Mathieu had off-field problems during his college days, as he was dismissed from LSU after failing a drug test, and he was arrested in 2012 for marijuana possession. But he noted his days at Arizona helped him turn his life around.

Mathieu detailed the ways he has grown during his time in the Valley, and said his involvement in the community became "sort of therapy" for him. "It helped me to realize I had the ability to become the sort of mentor that I had needed when I was younger. That gave me a sense of purpose I’d never felt before. That changed my life," he wrote.

Mathieu finished the letter by thanking Cardinals fans for accepting him for who he is, and said he's excited to begin his next chapter in Houston.

Mathieu isn't the first Cardinals player, past or present, to pen a letter in The Players' Tribune. Larry Fitzgerald has written several pieces, including a letter to Cards fans before Arizona's 2015 NFC Championship Game, and running back David Johnson reached out to kids who have been bullied.