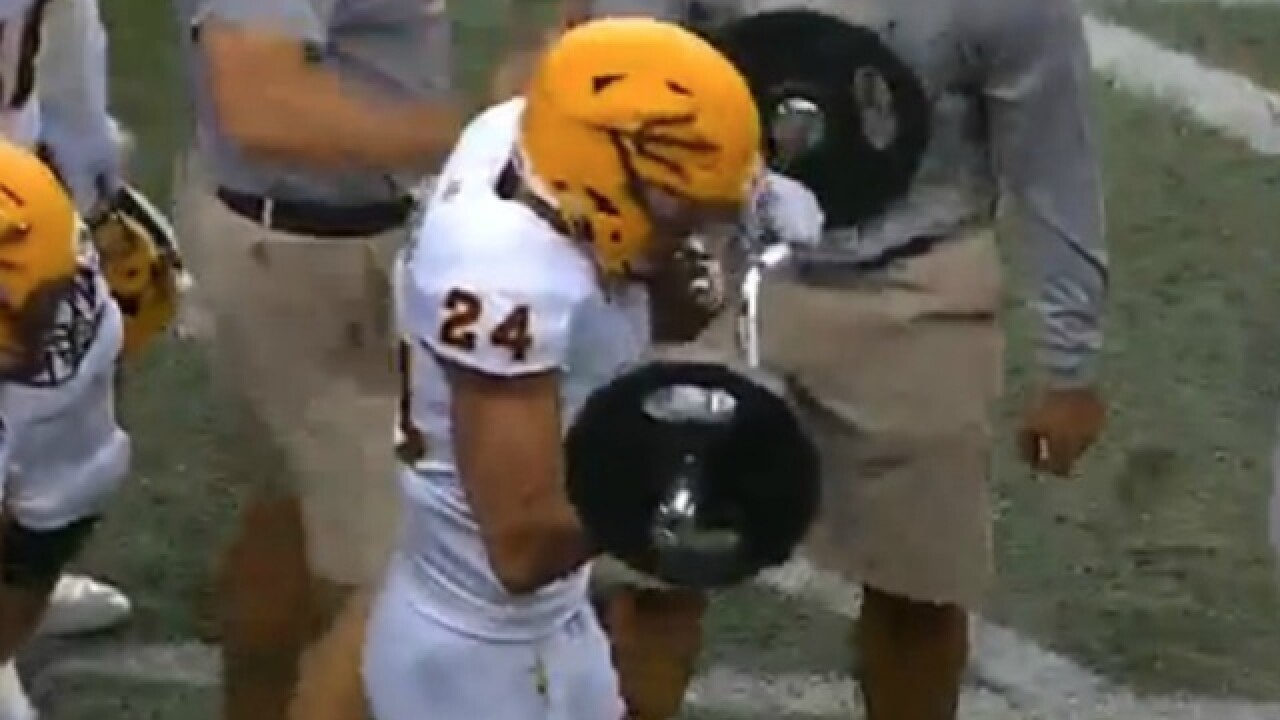 The Arizona State Sun Devils began their game at No. 10 Washington with a big turnover that led to a touchdown.

But the turnover itself wasn't what got the Internet buzzing Saturday night.

As more and more college football teams find ways to celebrate takeaways, ASU added a novelty of its own in Seattle. After Chase Lucas intercepted a Washington pass on the first play of the game -- a play that led to a Sun Devil touchdown -- he celebrated by getting in some bicep curls.

What a start for ASU. Sophomore Chase Lucas with the interception. pic.twitter.com/9fwxe78ud0

Turnover curls for the girls. pic.twitter.com/o1qWitFrUd

The prop is ASU's answer to the "turnover chain" -- a turnover celebration prop introduced by the Miami Hurricanes. A number of teams have since introduced their own turnover gimmicks, including Oregon State's "turnover chainsaw" featured in Saturday's game vs. Arizona.

At any rate, social media seemed to appreciate the latest "turnover" gimmick in college football.

alright we'll allow this one https://t.co/nIjoLqU1vh

The battle for the turnover gimmick is now over. ASU is out here busting out curls for the girls after turnovers.