The Cardinals could save significant money by starting Josh Rosen 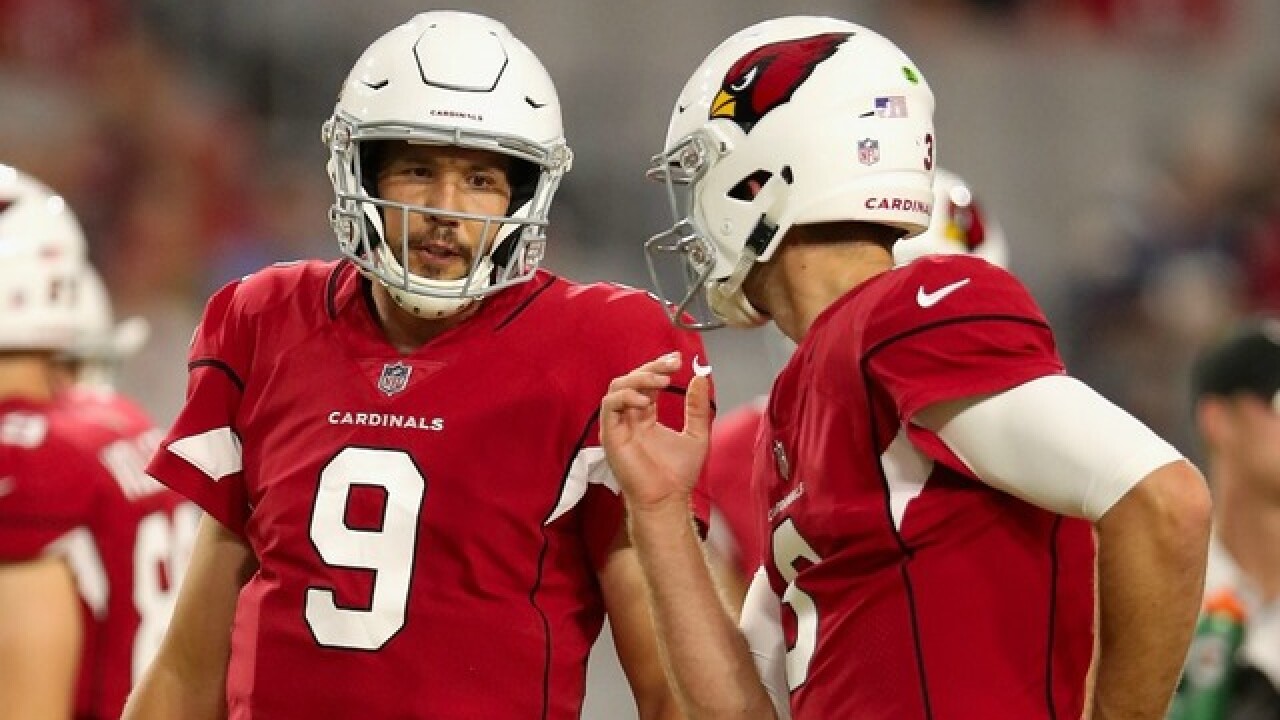 Copyright 2018 Scripps Media, Inc. All rights reserved. This material may not be published, broadcast, rewritten, or redistributed.
Christian Petersen
<p>Quarterback Sam Bradford #9 of the Arizona Cardinals talks with Josh Rosen #3 before the preseason NFL game against the Los Angeles Chargers at University of Phoenix Stadium on August 11, 2018 in Glendale, Arizona. (Getty Images)</p>

The Arizona Cardinals' decision to bench veteran quarterback Sam Bradford in favor of rookie Josh Rosen could pay off for the Cards in more ways than one.

Such a move would have financial benefits for the Cardinals, who signed Bradford to a 1-year, $20 million deal in March. Three-quarters ($15 million) of that contract is guaranteed to Bradford, but the remaining $5 million is contingent upon whether Bradford is active for each game this season.

As ESPN's Adam Schefter notes: Bradford will receive $312,500 for each game in which he is active -- i.e. eligible to play -- this season. That means Bradford has accrued $937,500 in roster bonuses for the three games in which he has been active this season.

That also means the Cardinals could save over $4 million between now and the rest of the season if they were to make Bradford inactive for their final 13 games, relying instead on Rosen and Glennon as their only active quarterbacks on game day.

When asked about the possibility of having Glennon serve as the primary backup to Rosen, Wilks was non-committal.