Sticking around: Larry Fitzgerald will play for the Cardinals next season 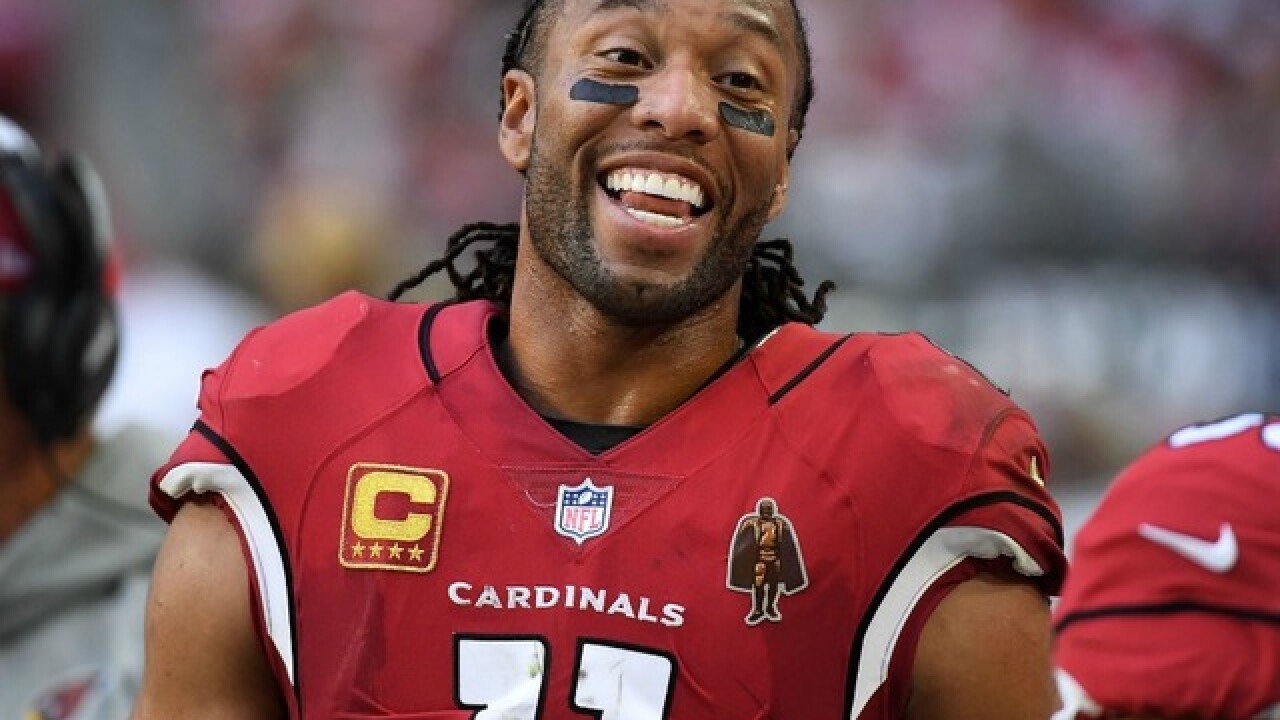 Larry Fitzgerald has decided to stick around for another year.

The star Arizona Cardinals wide receiver has decided to postpone retirement and return for a 15th NFL season, according to the team's senior vice president of media relations.

Mark Dalton tweeted Thursday morning that Fitzgerald told Coach Steve Wilks on Wednesday night that he is returning for the 2018 season.

Will be 15th season for Fitz who needs 390 yds & 92 catches to move into #2 all-time behind only @JerryRice pic.twitter.com/GA5NuRt3Y0

The 34-year-old Fitzgerald is the Cardinals' franchise leader in nearly every statistical receiving category, including receptions, yards and touchdowns. His 211 consecutive games with at least one catch are tied with Tony Gonzalez for the most in NFL history.

In 2017, the 34-year-old Fitzgerald was second in the NFL in receptions (109) and eighth in receiving yards (1,156). He completed his first-ever NFL pass in a win over the New York Giants on Christmas Eve.

Fitzgerald is third in NFL history in career receptions and receiving yards, and he's No. 1 in both categories among receivers who have only played for one NFL team. He is an 11-time Pro Bowl selection.

Fitzgerald's decision to return next season came in spite of the retirement of both coach Bruce Arians and quarterback Carson Palmer.

. @ LarryFitzgerald 's back.
For a 15th season with the @AZCardinals !

Time to celebrate with his top 10 plays of 2017! pic.twitter.com/hYfX5B3WPV

Wouldn't be the same without out him...... pic.twitter.com/J7QIAhm9WD