Steelers fans fight each other during Sunday Night Football game 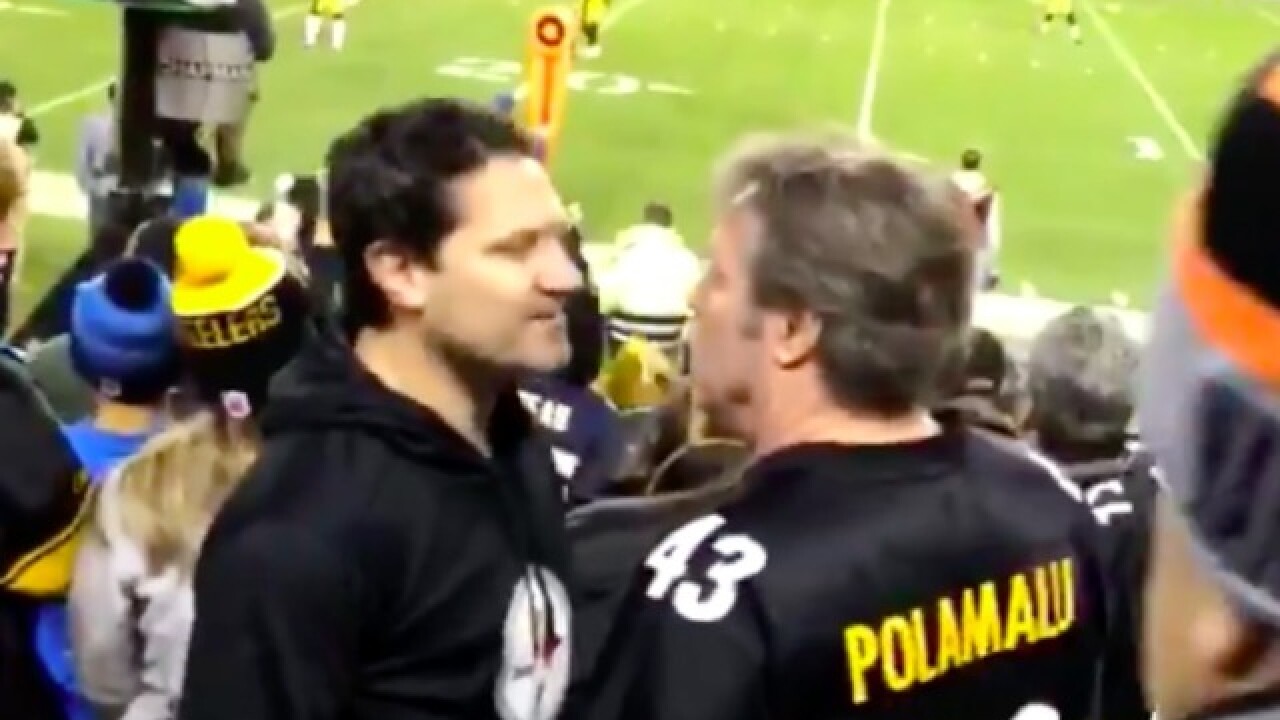 Fans of opposing teams fighting each other in the stands during NFL games isn't uncommon.

Fans of the same team fighting one another? That's a bit less common -- but it happened during the Pittsburgh Steelers' game vs. the visiting Los Angeles Chargers on Sunday night.

A fan captured this video of Steelers fans turning on each other during the game in Pittsburgh. One fan landed a nasty-looking headbutt on another. Security eventually arrived as other fans began to get involved.

To add insult to injury, the Steelers fell to the Chargers 33-30 on a last-second field goal.