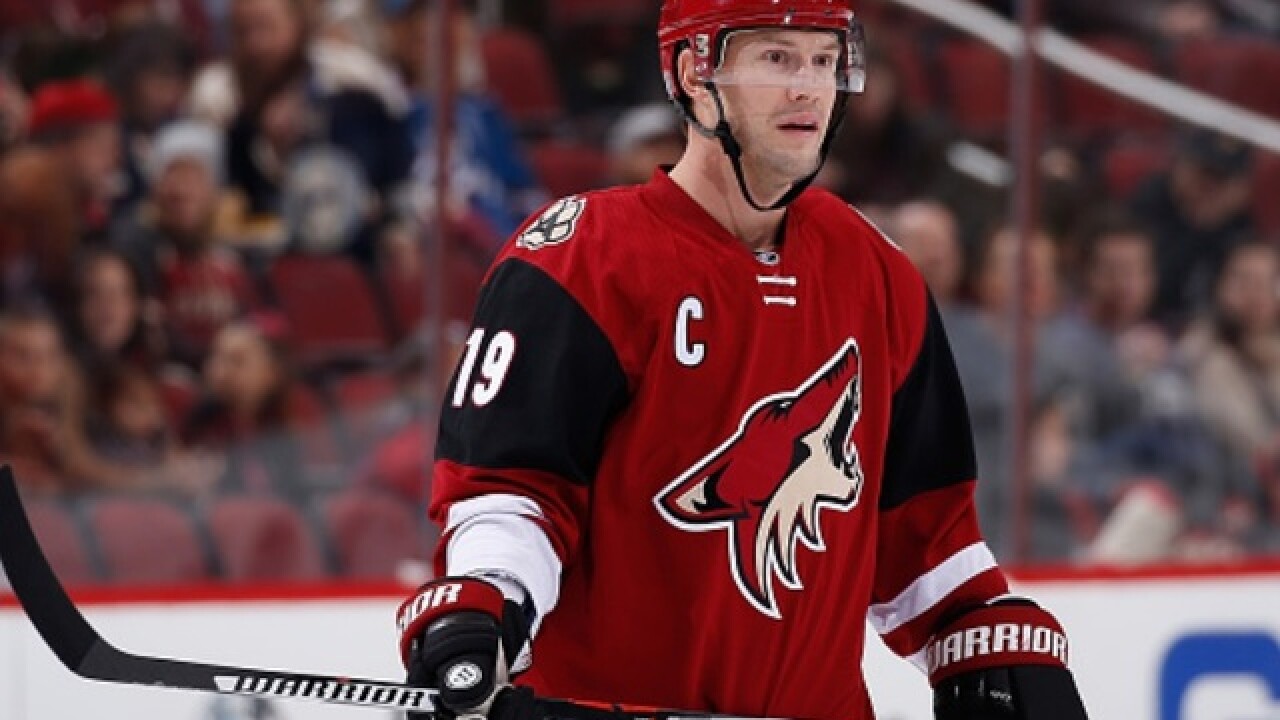 Former Arizona Coyotes captain Shane Doan is helping to raise funds for those affected by the Humboldt Broncos' fatal bus accident in Canada on April 6.

A Doan jersey is one of dozens of NHL jerseys up for auction as part of the Humboldt Broncos Tribute Concert set for Friday night in Saskatchewan. Doan doesn't have any social media accounts, so he asked former teammate and current Coyotes radio analyst Paul Bissonnette to help spread the word.

On behalf of Shane Doan. The greatest Arizona Coyote of all time wants you guys to know about the Humboldt Broncos charity event. His jersey, as well as many others are up for auction. Please check it out. https://t.co/25BQoY0Q1d pic.twitter.com/AlKHdIMdhY

Other jerseys up for auction include those of Maple Leafs star and Scottsdale native Auston Matthews, Oilers star Connor McDavid and Penguins star Sidney Crosby. The auction will end Friday night.

The Coyotes joined the rest of the NHL by holding a moment of silence for the Humboldt Broncos before their final game of the season April 7.