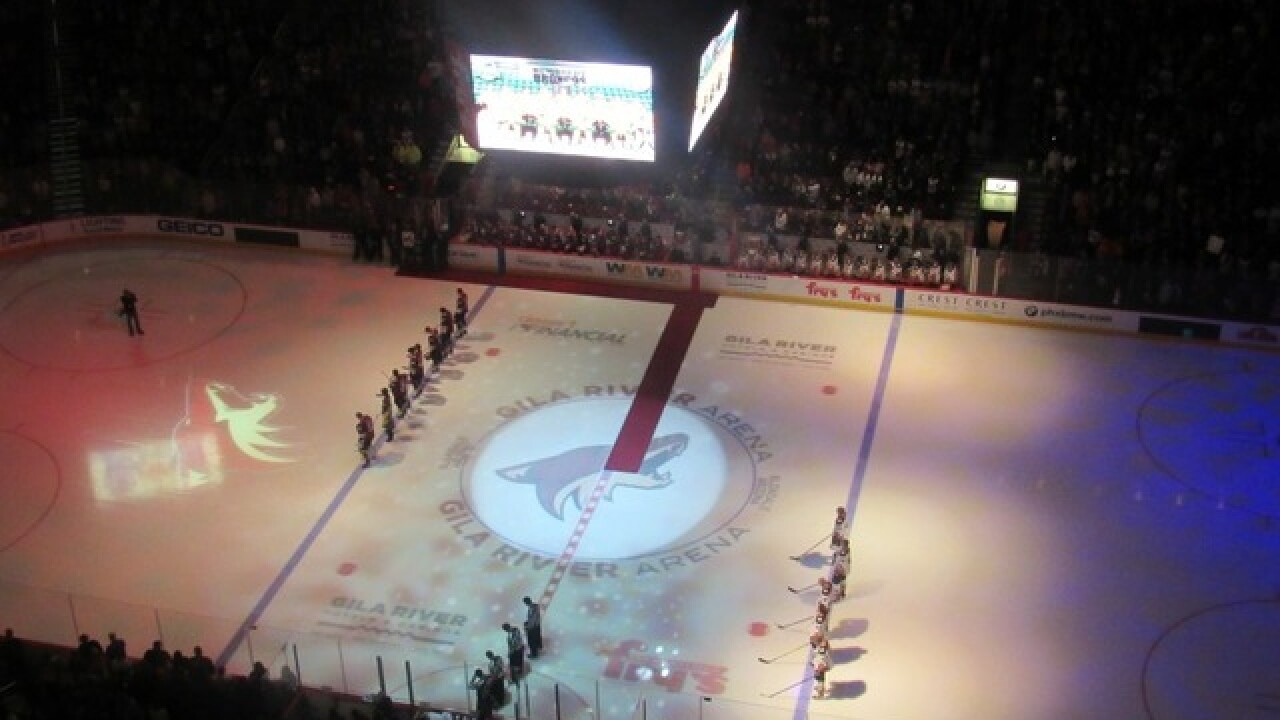 The Arizona Coyotes joined in with other teams throughout the NHL by holding a moment of silence for members of the Humboldt Broncos  after a bus accident Friday claimed the lives of at least 15 members of the junior hockey team based in Humboldt, Saskatchewan.

The Coyotes and visiting Anaheim Ducks both paid respect to the team before the regular-season finale for both teams Saturday night. In addition, the Coyotes announced portions of proceeds from Saturday night's 50/50 raffle would go toward the Humboldt Broncos.

Together with the @AnaheimDucks and #OurPack we observed a moment of silence tonight for the @HumboldtBroncos . Hockey is family. ❤️ #PrayersForHumboldt pic.twitter.com/iHCPtCO89N

A GoFundMe page has also been set up for players and families affected by the accident. As of Saturday night, over $2.2 million has been raised, with a goal of $4 million.

"I had a million bus trips in Junior. I don't even know what to say. I just feel horrible for the parents. Hockey is a family community, I don't care if you're Tier 2 or NHL." - Coach Tocchet on the @HumboldtBroncos pic.twitter.com/qXV07Rjvp9

"It definitely hits close to home. I've played a lot of hockey growing up in Humboldt. That junior team is very popular throughout the province. Our thoughts and prayers are with everyone back home in Saskatchewan." - Luke Schenn #PrayersForHumboldt pic.twitter.com/YsEIADS60l