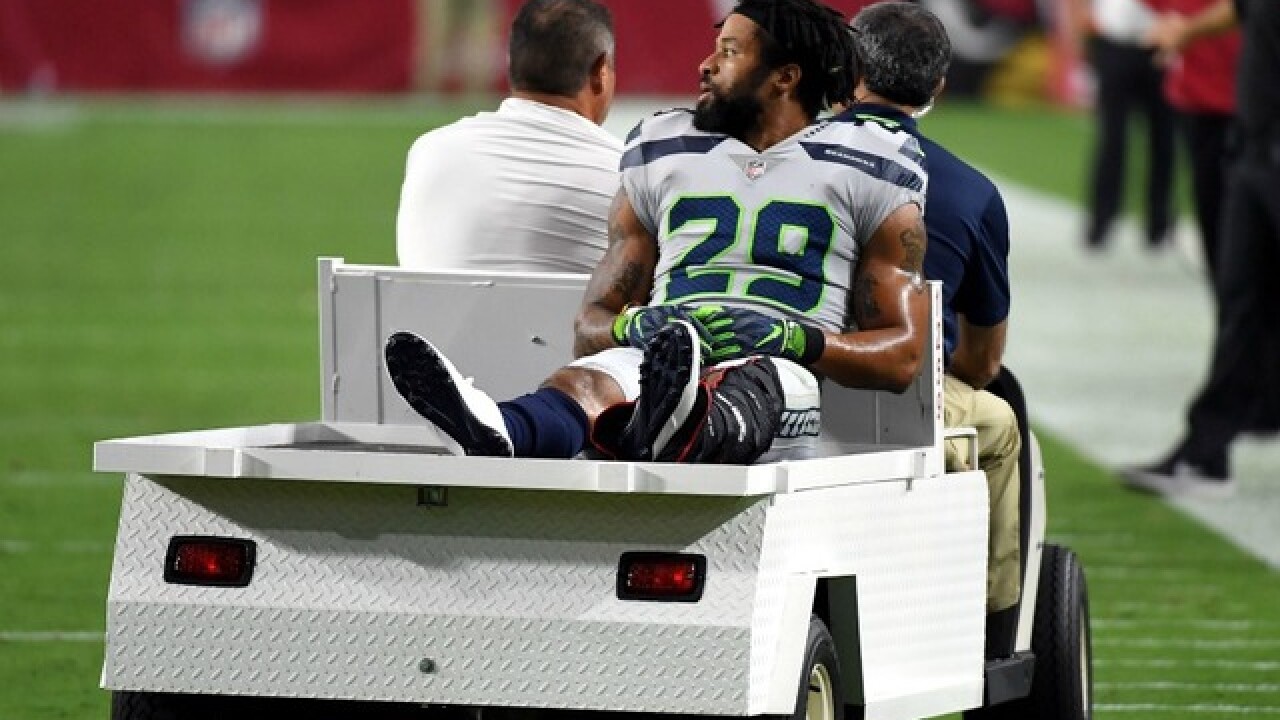 Copyright 2018 Scripps Media, Inc. All rights reserved. This material may not be published, broadcast, rewritten, or redistributed.
Norm Hall
<p>Defensive back Earl Thomas #29 of the Seattle Seahawks leaves the field on a cart after being injured during the fourth quarter against the Arizona Cardinals at State Farm Stadium on September 30, 2018 in Glendale, Arizona. (Getty Images)</p>

Seattle Seahawks safety Earl Thomas raised his middle finger in the direction of his own team's sideline while being carted off the field due to an injury during the fourth quarter of the Seahawks' game at the Arizona Cardinals on Sunday.

Thomas suffered a lower left leg fracture and was fitted with an air cast following a game-tying touchdown pass from Cardinals quarterback Josh Rosen.  He stayed on the ground for several minutes after the play as Seahawks and Cardinals players checked in on him.

While he was being carted off the field, Thomas made the gesture toward his own sideline.

Can you tell what happened to Earl Thomas, @ProFootballDoc ? Air cast on ankle & carted off field pic.twitter.com/0YAhsWmfLd

Seahawks and Cardinals players show concern for Earl Thomas before he gets carted off the field. pic.twitter.com/QxfUMy2Ai0

Is this how the #Seahawks career of Earl Thomas will end? pic.twitter.com/NdjEIkDGdy

Why Earl Thomas held out. What he feared. Carted off the same field where Kam Chancellor, Richard Sherman ended their #Seahawks careers with injuries last November. https://t.co/KBqd6Xi3GV

The 29-year-old Thomas is a six-time Pro Bowl selection and a three-time First-team All-Pro. He helped guide the Seahawks to a Super Bowl XLVIII championship.