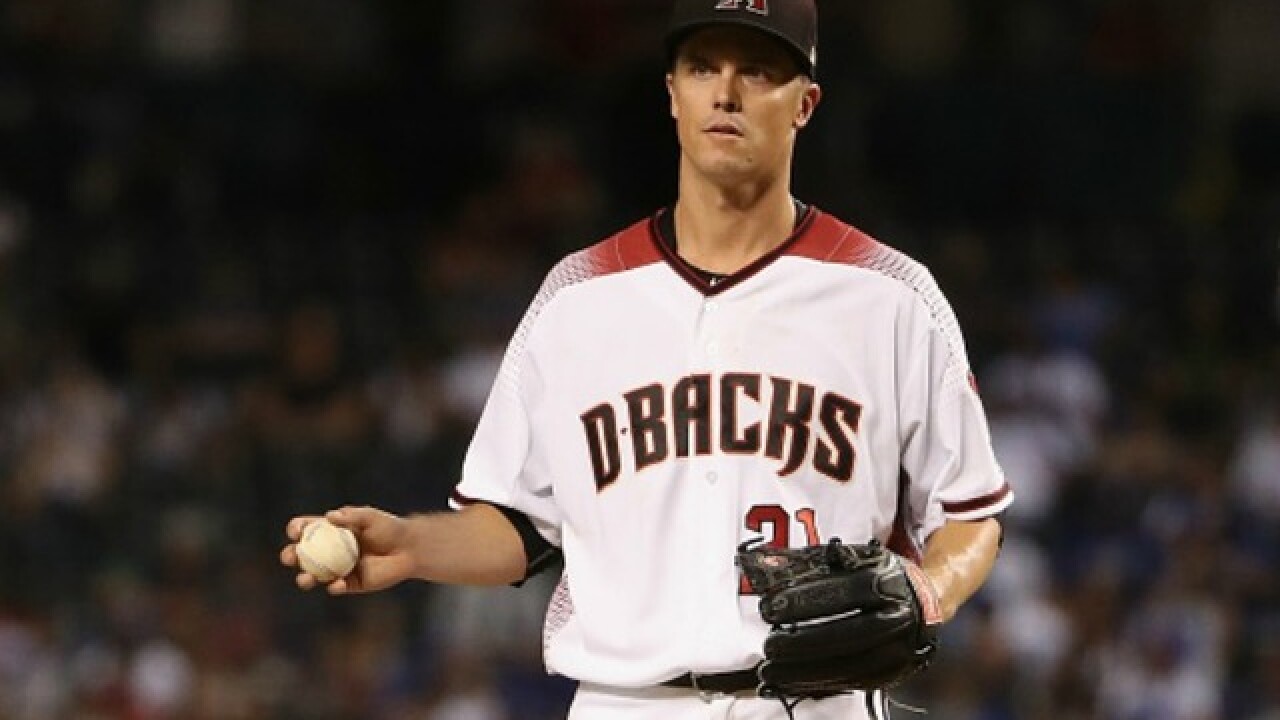 The Arizona Diamondbacks could be open to dealing ace Zack Greinke to Texas, according to a report Tuesday.

T.R. Sullivan, who covers the Texas Rangers for MLB.com, tweeted that the Rangers are in preliminary talks with the D-backs about possibly acquiring a starting pitcher from Arizona. That could include Greinke, who helped lead the D-backs to their first playoff appearance in six years.

"A lot must happen for the Rangers to get Greinke but the discussions with the D-backs are real and ongoing," Sullivan tweeted.

Rangers are talking to the D-backs about starting pitching and Zack Greinke could be in play. Any potential deal is not close but the two teams have been talking

The 34-year-old Greinke was signed to a six-year, $206.5 million contract by the Diamondbacks before the 2016 season. Greinke struggled in his first year in Arizona but posted a 3.20 ERA with 215 strikeouts last season. He was a 2017 All-Star Game selection and finished fourth in National League Cy Young voting, although he did not pitch well in his two postseason appearances for the D-backs.

Greinke has played in 14 MLB seasons and has a career 3.40 ERA. He won the 2009 American League Cy Young award as a member of the Kansas City Royals. He has also played for the Milwaukee Brewers and Los Angeles Dodgers.