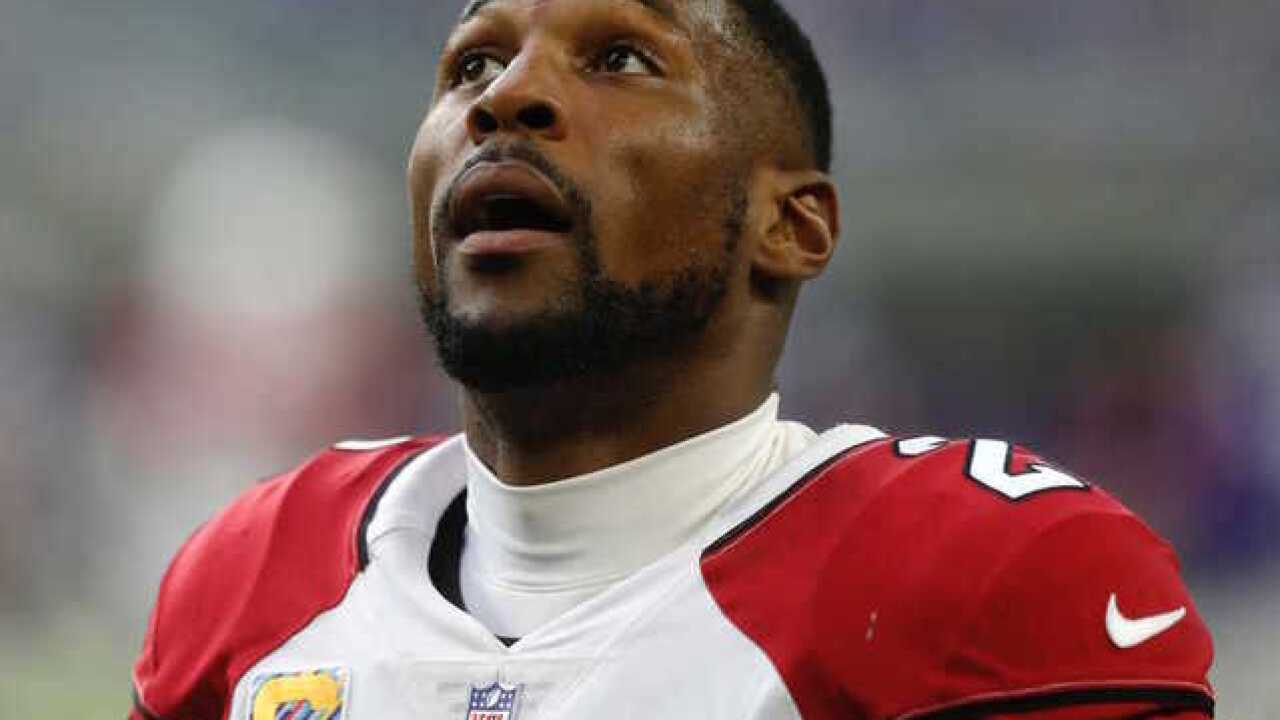 Copyright 2018 Scripps Media, Inc. All rights reserved. This material may not be published, broadcast, rewritten, or redistributed.
AP Photo/Jim Mone
<p>Arizona Cardinals cornerback Patrick Peterson (21) gets set for a play during the second half of an NFL football game against the Minnesota Vikings, Sunday, Oct. 14, 2018, in Minneapolis.</p>

Arizona Cardinals All-Pro cornerback Patrick Peterson has responded to rumors that he asked for a trade before the October 30 trade deadline.

Peterson released a statement Wednesday afternoon on social media and said he is committed to helping the Cardinals rebuild after recent struggles.

Read his full statement below:

“At the end of the day I’m here. I’m an Arizona Cardinal. My teammates know I fight for those guys each and every day I step on the field. There’s a reason I have that ‘C’ on my chest and I want to lead by example.”

Peterson said he had a productive meeting with team president Michael Bidwill since reports surfaced of his demand to be traded.

“He can’t read the future. He’s not a psychic. But Mr. Bidwill has been doing a great job to make sure this team has everything to be successful," Peterson said, per AZCardinals.com.

Peterson, in his eighth season for the Cardinals, has been to the Pro Bowl in each of the past seven years.

The Cardinals, fresh off suffering their worst home loss in 15 years,  have already fired their offensive coordinator as the team has struggled to a 1-6 start to the season.

In a news conference Monday afternoon, head coach Steve Wilks said he had not talked to Peterson about a trade but would later that day. "No, we're not trading Patrick. That's out of the question," Wilks said.

Next up for the Cards is a Sunday home game against the division rival San Francisco 49ers, who are also 1-6 this season.